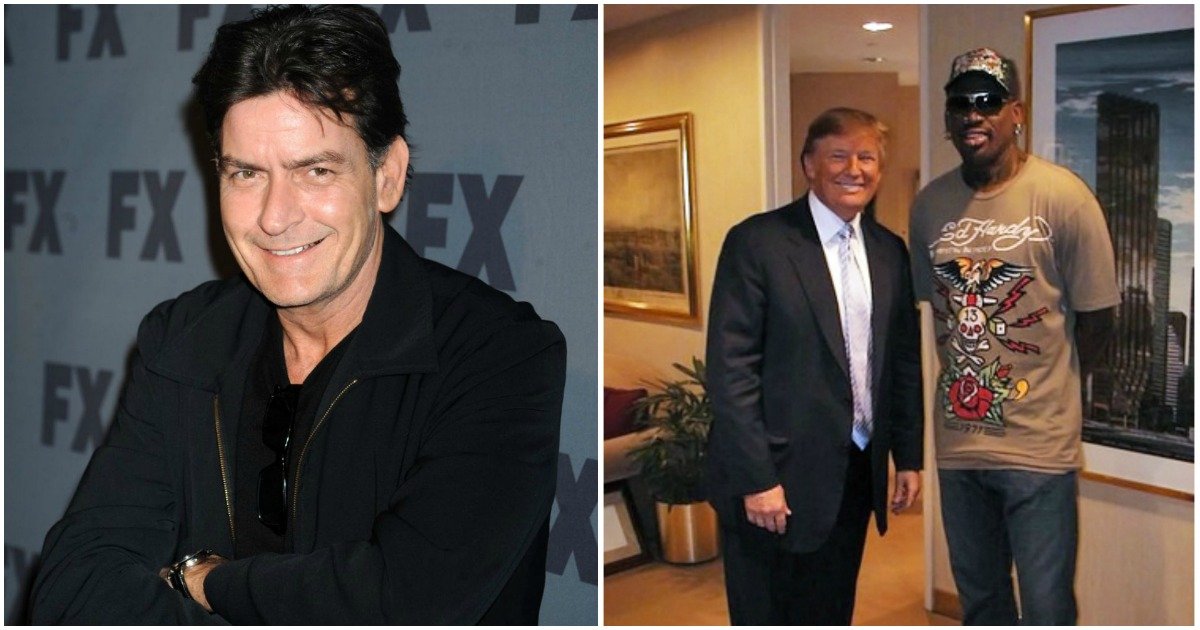 If Donald Trump becomes president of the United States, several celebrities have announced their intention of moving out of the country. But there are always two sides of every story. As there are multiple celebrities that are anti-Trump, there are countless who are his supporters.

Whether his supporters or his opponents win in the end, we will have to see. But if you thought that Donald Trump doesn’t have friends among celebrities, you’re wrong. After all, the man was hanging out with models for several years.

Donald Trump was once Terrell’s boss. Probably that is where the support comes from. Anyway, the former NFL star is on the Trump bandwagon, and he is there to stay. Owens has said that he gained enormous appreciation for Trump during their time on “Celebrity Apprentice”

Busey explained his support for Trump after his debut on “Dancing with the Stars”. One of the oldest actors in Hollywood is a huge Trump supporter, and he said he believes in his politics.

There was a time when Aaron Carter was the hottest celebrity in Hollywood. In the 1990s, Carter was a teenage singer sensation. As the younger brother of Nick Carter (the lead singer of Backstreet Boys), Aaron got all the headlines. He has fallen off the grid since, as his popularity came to an end in the early 2000s. Still, he is one of Trump’s supporters.

Speaking of people that have fallen off the grid, Tyson is in the same casket. The former boxing star was punching his way to stardom some 15 years ago, but has since served several prison sentences. Tyson has been trying to reclaim his image in the past few years, but backing Trump might not be the best way to do it.

Hogan has gone a step further in his endorsement of Donald Trump. The former professional wrestler has said that he wants to be Trump’s running mate. Chances are if Trump wins the Republican nomination, he won’t choose Hogan for running mate, but it is always nice to know that people want to stand by your side.

James is another celebrity who became famous thanks to Trump. The reality star was one of the contestants on “Celebrity Apprentice” back in 2009, and he hasn’t forgotten what Trump did for him. Therefore, he supports Donald no matter what.

You know you can expect some controversial quote from Kid Rock. And he has delivered. Speaking on Trump, Kid has said that he believes it is time someone to become a president and run the country like a “motherfucking business”.

Loretta is probably Trump’s oldest support. In her endorsement, the 84-year old country singer asked Donald Trump to call her so they can talk. And she might sing on his ceremony.

Charlie Sheen bashed Trump in tweest for months. However, lately, he has jumped on the bandwagon, and he even wants Trump to name him Vice-president. The reason why Sheen had a change of heart? He believes Trump is answering questions honestly, which is not something you can say about other candidates.

One of the Baldwin brothers is definitely a supporter for Trump. Stephen has gone to said that Donald is fantastic and would make a great president. Well, we can only hope.

After a Coachella performance, the singer said that she would vote for Donald Trump for one reason only. According to Banks, Trump is “one piece of shit”. And she likes that in an entertaining way.

Add Ventura on the list of celebrities that would love to be Trump’s running mates. Jesse is another former wrestler on the list of supporters, and he said that if Trump asks him, he will definitely accept being a VP. Jesse even took a break from court sessions to support Trump. At the moment he is suing widows, but he decided to focus more on the campaign.

Jon is a perfect example that you can endorse someone who is talking trash about your family. Despite Trump constantly bashing Voight’s daughter, Angelina Jolie, the actor has wrote a letter of endorsement for the Republican presidential candidate.

The Incredible Hulk loves Donald Trump. Lou, the actor who played the role of the Green monster, is one of Trump’s biggest supporters. Imagine a scenario where the Hulk would work with the government. Comic fans cannot, but apparently Lou can.

The singer has been a political activist for several years now. He is constantly bashing the democratic candidates, and his Facebook fans are constantly asking for Nugent to be Trump’s running mate. He doesn’t believe Trump is a conservative, despite the Republican candidate looking like one at times.

Trump has many fans among the sport and athlete world. And Richie is one of them. Few months ago the NFL star tweeted he is going to a Trump’s rally, with the slogan “Let’s make America Great Again”.

Willie is one of the loudest personalities in the politics world. He is constantly sharing his thoughts on economics, politics, and everything in between. He has even appeared speaking at a Trump’s rally, and when he is not spending his time hunting, he is tweeting support for the Republican Presidential Candidate.

You would say that Trump doesn’t have many supporters among female celebrities. And rightfully so, as he is seen as sexist and chauvinist. But there is one woman that wants Trump to be president, and that one is Kirstie Alley. She tweeted “Yes I am a Woman and i support Donald Trump”.

According to Davi, Trump is “challenging the liberal media and “holding a mirror up to the hypocrisy that has become America”. The actor has compared Trump with John Wayne, saying that the Republican candidate is actually John Wayne in politics.

Ditka has bashed president Barack Obama in several shows. And he has paid the price. He was cut from ESPN shows as a commentator in March, but that didn’t stop him from supporting Trump. The former NFL player and coach is loud and always willing to share his thoughts on the Presidential race.

Count the “Midnight Idol” as one of Trump’s supporters. The Las Vegas entertainer, known also as someone who impersonates Elvis Presley, has said that Trump would be a “great president”.

Rodman is not holding any grudges towards Donald Trump. He was part of the “Celebrity Apprentice”, but got fired by Trump. Nevertheless, he is showing his support for the presidential candidate, and bashing his opponents in the process. For example, he has said that Trump would fire Ted Cruz if he becomes president.