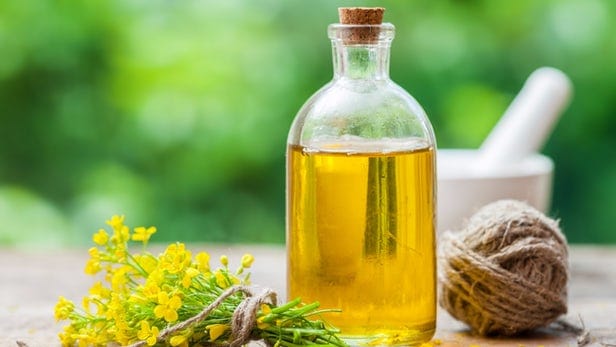 If you are trying to stick to a healthy lifestyle, it is a must that you change some of your habits. That means finding alternatives to certain oils, solid fats, and butter when cooking. Using oil to prepare your meal is necessary. In some cases, certain oils even provide health benefits.

Canola oil is at a crossroad in terms of a healthy lifestyle. For example, some view it as healthy food due to its low content of saturated fat, and high content in monounsaturated fats.

Others, however, avoid it because they view it as an unhealthy option for cooking. If you belong to the second group, you probably want a substitute for canola oil.

Why is canola oil bad for you 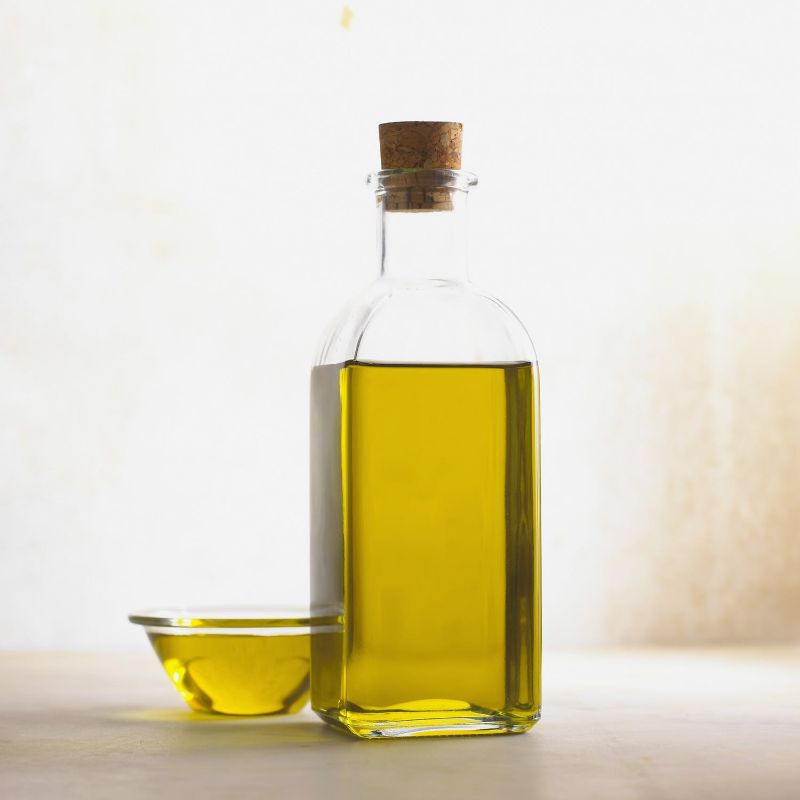 Back in the early 1970s, canola oil was breed from rapeseed. Rapeseed oil is made from the rapeseed plant, or from the seeds of the rape or rapeseed plant.

Up until 1995, this was how canola oil was produced. But then, scientists in Canada made a genetically modified version of canola oil, and the majority of canola oil products nowadays are made in the same manner.

The name of canola oil was originally LEAR, which stands for low erucic acid rapeseed. For marketing purposes, it was changed to canola oil, because it is much more appealing. Erucic acid is known to cause health problems.

While it works great as an industrial oil in candles, soaps, lipsticks, inks, lubricants, and some insecticides, is canola oil good for our health when used in cooking?

There are two main reasons why canola oil is bad for you. First and foremost, more than 90% of canola oil is genetically modified. The second is because canola is refined oil, it is partially hydrogenated to increase its stability. However, this also increases the negative health effects.

Here are some negative health effects that will prompt you to look for a substitute for canola oil. 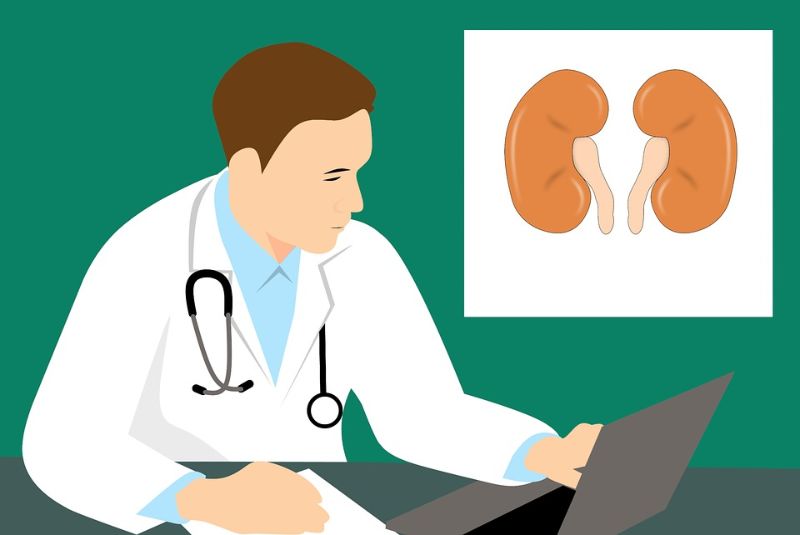 Studies have shown that there are side effects of GMO, mostly targeting the kidney and the liver. A study in 2011 showed that after 90 days, mammals experienced 43% disruption in kidneys and 30% disruption in liver functioning.

That was after they were fed with GMO soybeans and corn. Now, canola oil is not made from soybeans or corn, but the effects of GMO cannot be ignored.

Our kidneys and our liver are essential to our existence. Ingesting a genetically modified food will disrupt their work, and eventually cause problems.

Without our liver and kidneys functioning at its best, we cannot flush out toxins out of our body. 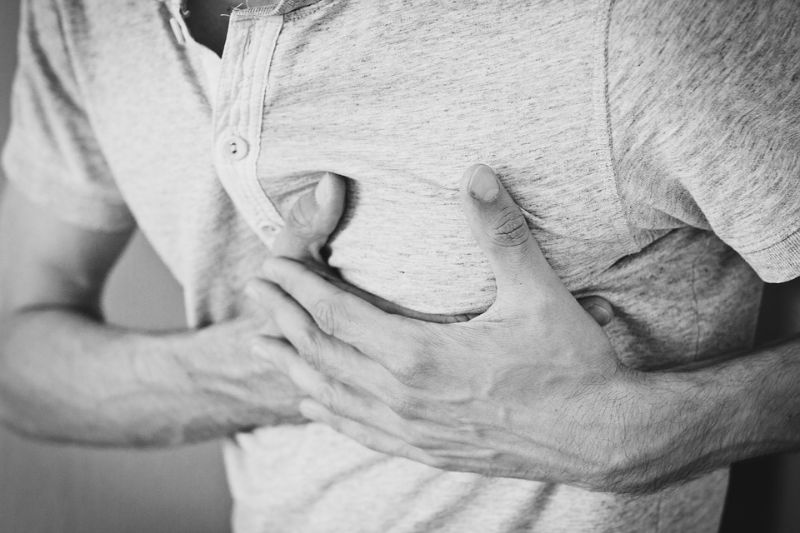 We mentioned that canola oil contains amounts of erucic acid. It is a fatty acid that has been long associated with heart damage and causing diseases like Keshan disease.

This disease manifests as fibrotic lesions of the heart. Studies show that people with high amounts of erucic acid in their body are more prone to heart diseases.

Another aspect to consider is the hydrogenated nature of the canola oil. Other studies have shown that hydrogenated vegetable oils can cause inflammation and calcification of the arteries, and increase the risk of coronary heart disease. 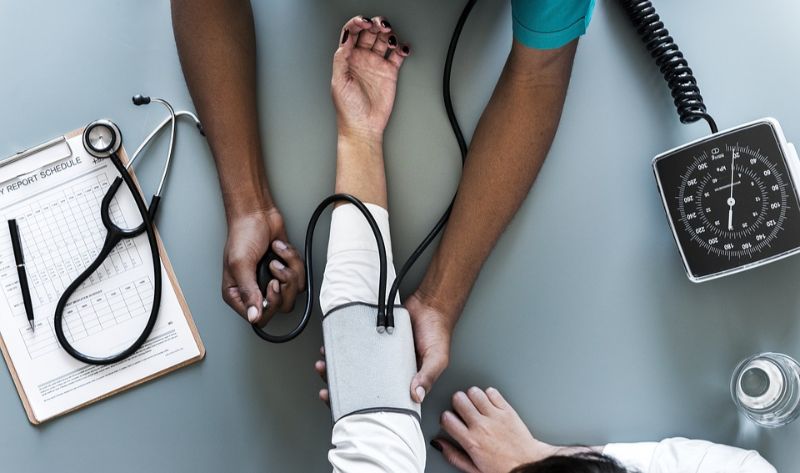 Those two factors may cause or increase the risk of stroke and hypertension. 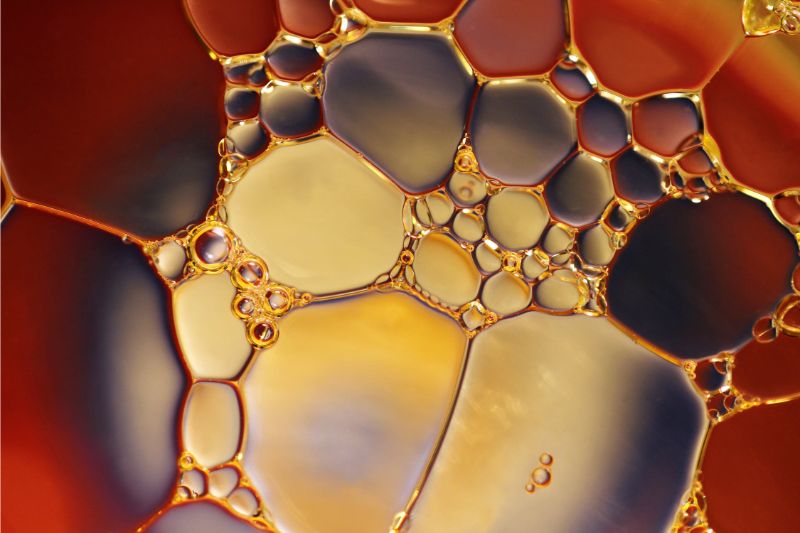 Being a hydrogenated oil, canola is bound to have some trans fats in it. During the hydrogenation, the levels of trans fats in canola oil increases. Trans fats are particularly harmful for our cholesterol levels, and heart health.

Look at the label, and try to avoid any oil that is named “partially hydrogenated oil”.

Other GMO side effects 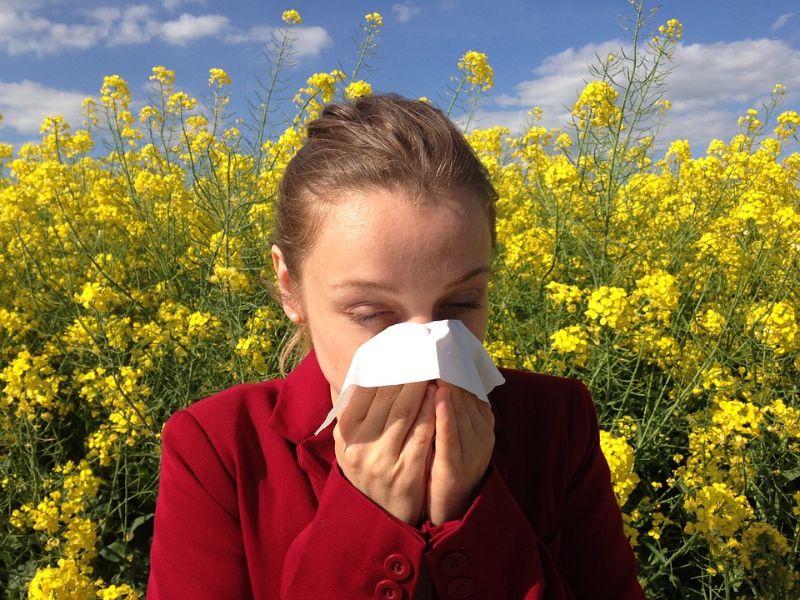 Most of the problems with canola oil derived from its nature as a GMO product. There are a number of side effects of consuming GMO food. We touched on some of the subjects by now.

But let’s look at other reasons why you might be better with a substitute for canola oil.

Last, but not least, canola oil will alter the flavour and taste of your food. It smells horrid, and tastes fishy, no matter what brand you purchase.

What to use instead of canola oil?

Now that we’ve looked at the dangers and side effects of using canola oil, the question is, what can you use for cooking?

Luckily, there are a few substitutes for canola oil options that are way better, and healthy. 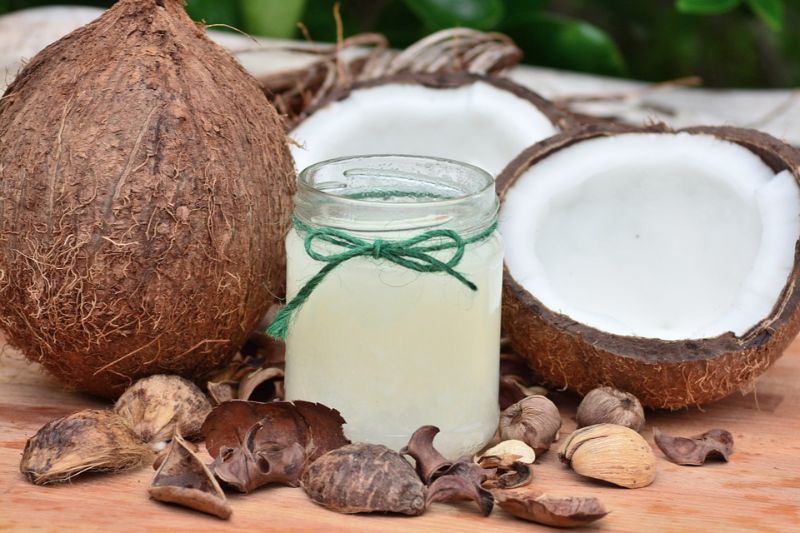 When you are looking for a healthy oil for cooking, coconut oil comes on top. The thing you need to pay attention to, however, is the label.

Never buy refined coconut oil. Always look for cold-pressed and virgin, and pay attention to the smell. It should be like you are on a beach.

Coconut oil contains medium-chain fatty acids that support fat loss, as well as the nervous system. There have been studies showing the benefits of coconut oil, and all you have to do is use it as an alternative, and reap the benefits. 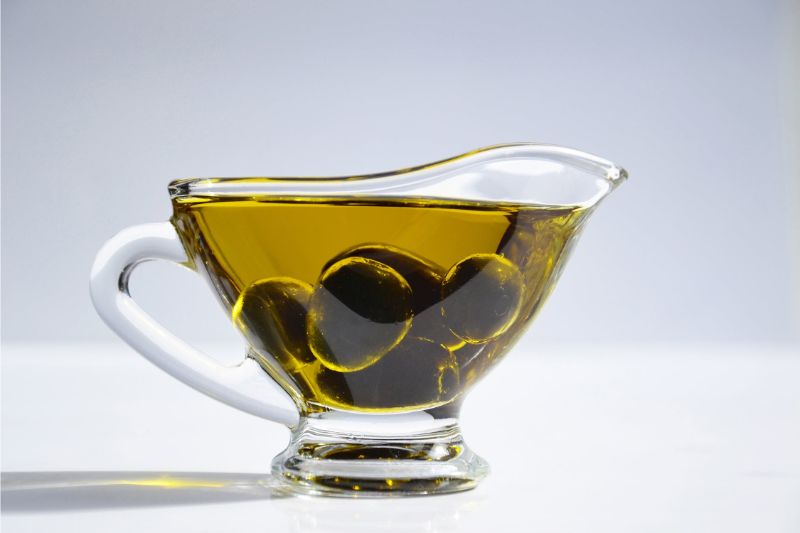 When you compare olive oil and canola oil, olive oil wins every day, and twice on Sunday. Olive oil also has many health benefits.

Part of the Mediterranean diet, olive oil is praised for its ability to improve the health of our heart.

Same as coconut oil, always look for extra-virgin or cold-pressed variant. Great for homemade salad dressings, or drizzling on cooked vegetables, olive oil is something you should definitely have in your kitchen.

Just stay away from GMO and fake olive oil made from inferior and cheaper vegetables. 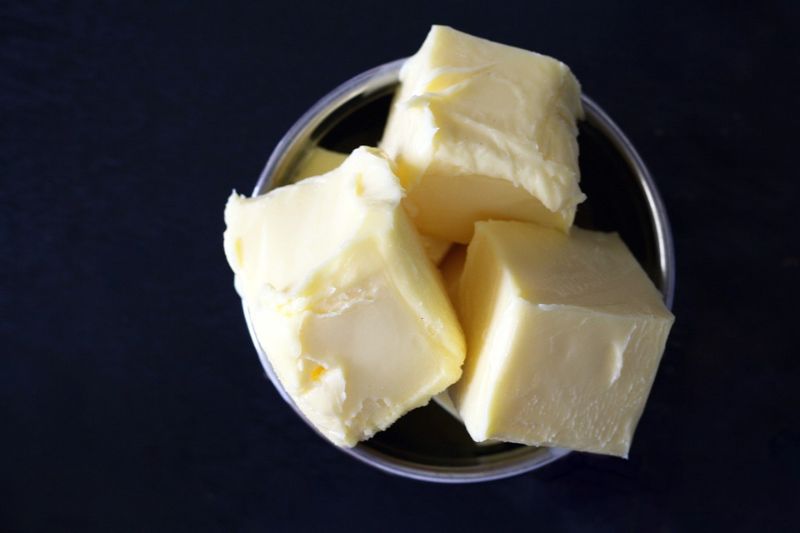 The benefits of ghee or butter come from the high content of alpha-lipoic acid that helps with weight loss. Stick with organic grass-fed varieties of butter.

Butter has a higher heat threshold, which makes it a great alternative to canola oil in cooking. 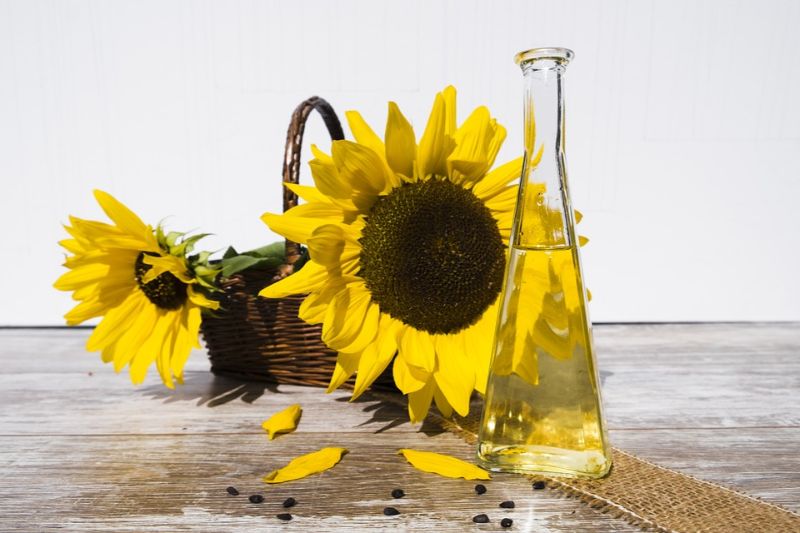 Sunflower oil gets a bad rep because it is mostly used for packaged foods. It is an ingredient in packaged foods, where sunflower is not as healthy as it should be.

In its original form, sunflower oil is very low in saturated fatty acids. The neutral flavour and same smoke point as canola oil make it a great alternative if you want to try pan-frying. Not as healthy as coconut and olive oil, a sunflower is still an alternative worth trying. 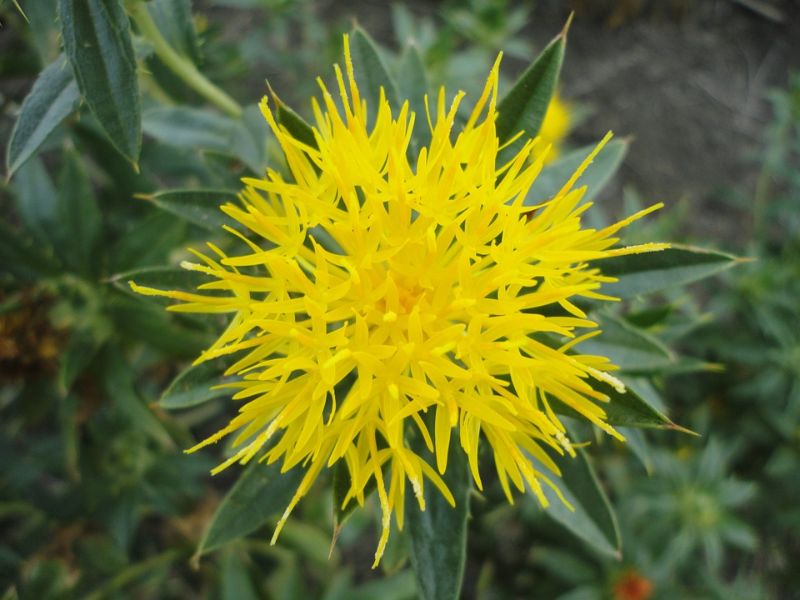 If you are looking for a substitute for canola oil with a high smoke point, safflower oil is another you can consider.

Colourless with a neutral flavour, safflower allows you to use it in frying and baking. The health benefits safflower oil include improving blood sugar, reducing inflammation, and reducing cholesterol. 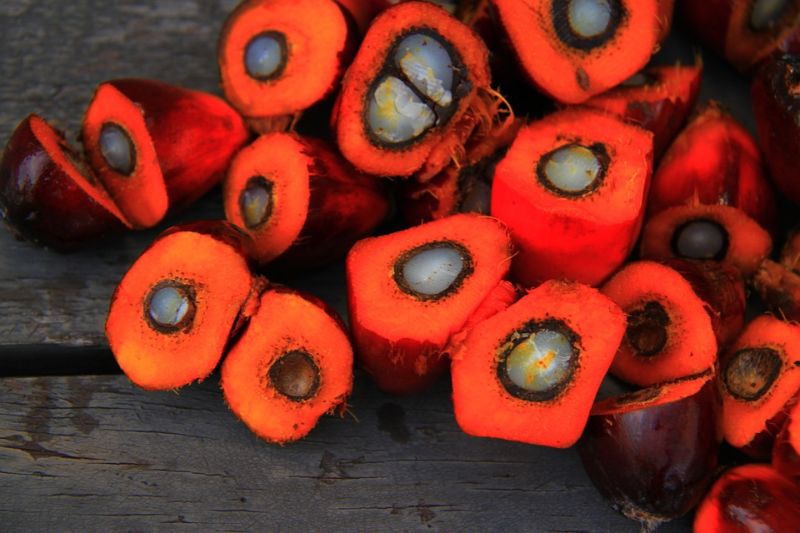 Made from the palm fruit, not of the palm kernel. Because of that, red palm oil has a high amount of vitamin E and beta-carotene in its unrefined state.

Stable under high heat, red palm oil is great for cooking. Look for a certified sustainable variant when buying from the grocery store.