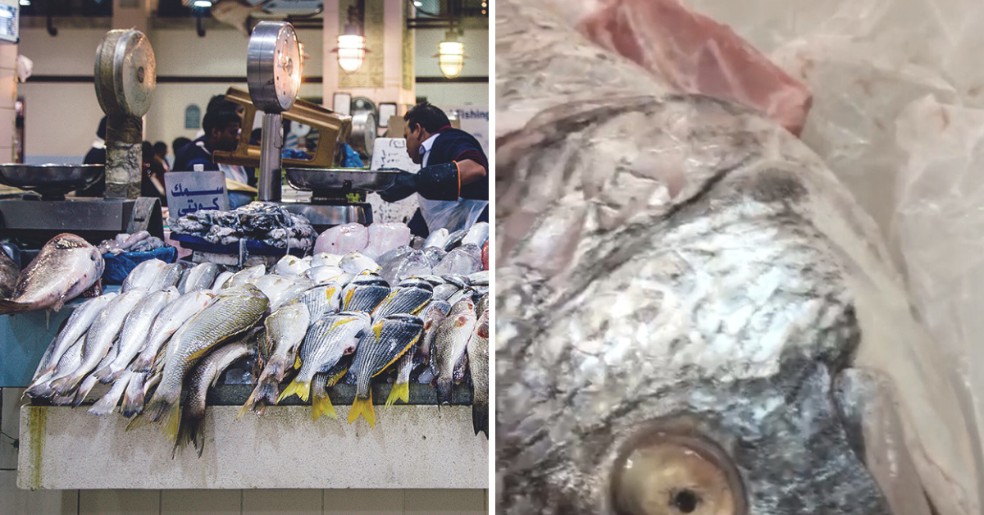 There’s Something Fishy Going on Here

A fish store in Kuwait has been reportedly closed down by the officials. Reason? The owners were caught sticking googly eyes on fish in an attempt to make them appear fresher than they are.

Kuwait Newspaper, Al Bayan, first shared the photos of the fish eyes via Twitter on September 1, Saturday. The post left the Twitter community in hilarious scepticism at the definite lack of advertising of the store’s owner.

“Kuwaiti police has shut down a fish store that was sticking googly eyes on fish to make them appear more fresh than they are. :-)”

Kuwaiti police has shut down a fish store that was sticking googly eyes on fish to make them appear more fresh than they are. 🙂
via Al Bayan newspaper, @bayan_kw. pic.twitter.com/CcPa73fDQh

The Twitter community couldn’t help themselves but react with some ironic fish puns. Naturally, they thought it was pretty bloody hilarious with one writing: “If you can’t stop laughing is it a crime?” and another adding: “I feel like this should be allowed due to sheer ballsyness.”

Another Twitter user wrote: “If this was America we’d be praising these guys and calling them entrepreneurs.” This user over here gave has left great advice saying: “Never judge the freshness of fish by the googliness of their eyes.”

Oh, I sea what he did there!

And rough those guys up just for the halibut.

It’s sad to see y’all floundering about trying to come up with puns.

The scales of justice shall decide.

Another Twitter user said, “The intersection of people who know enough about fish to look at their eyes to judge freshness and people who would be tricked by googly eyes can’t possibly be very large?”

More Puns Are Coming Your Way

I feel like this should be allowed out of sheer ballsiness.

Yeah this is a full-scale scam

Another advised that the fishmonger ‘should have used a Pritt stick’ if they wanted to get away with the trick. Elodie Mainze said: ‘That is gross and bad business practice, but I can’t help [but] laugh at the same time. Did they honestly think people wouldn’t notice?’

So let’s talk about poor advertising here. It’s fishy, though.