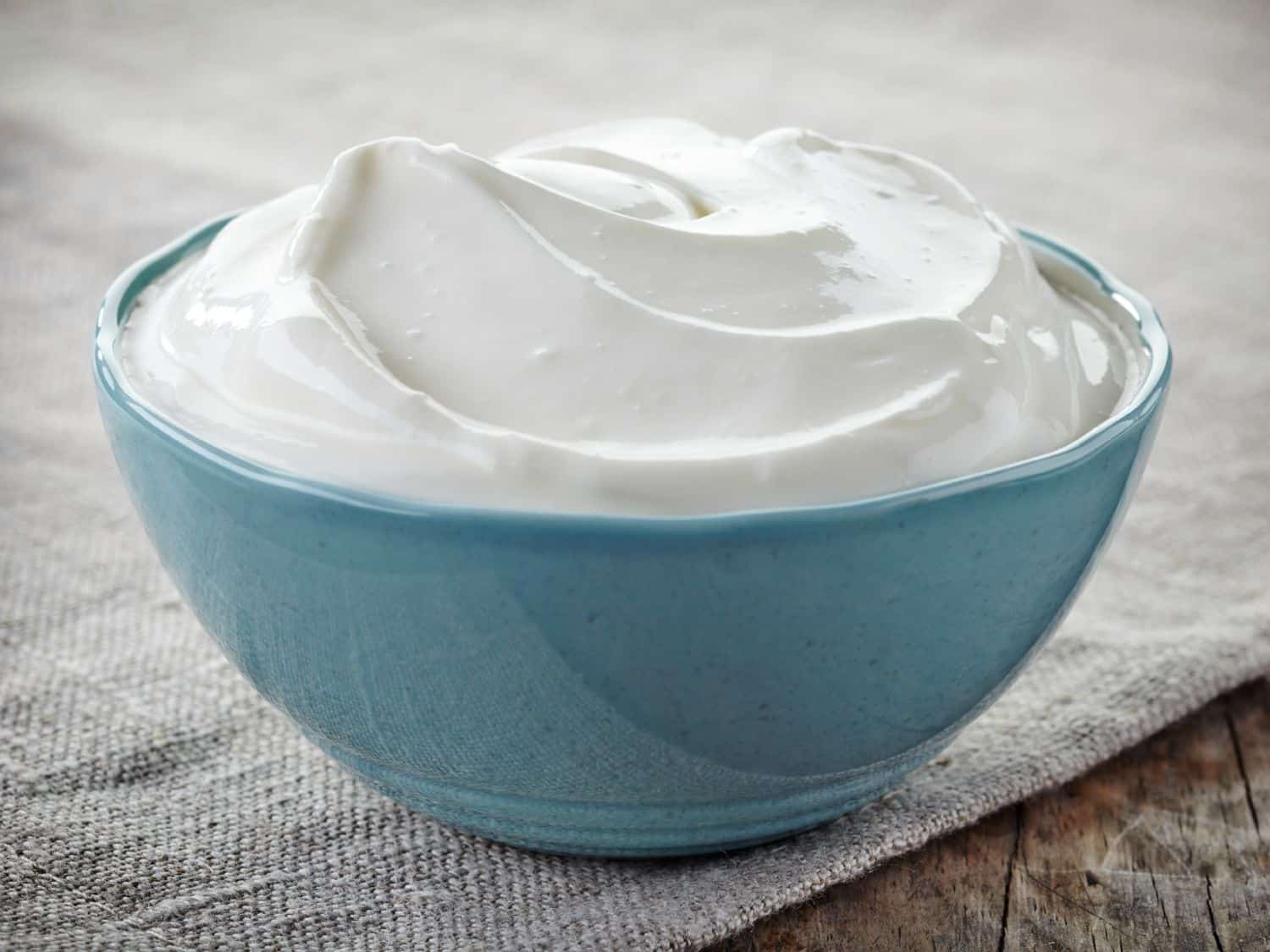 This is a scenario many people face. You set your goal for the day to make the perfect sour cream cake. But then you realize you don’t have any sour cream in the kitchen. You’ve used every last bit of the container, and you forgot to buy some.

What you’re facing now is a three-choice scenario. Your first choice is to ditch the idea completely. Your second choice is to run to the supermarket and buy some sour cream. And your third choice is to improvise and use a sour cream substitute.

Today, I want to talk about the third option. Before we start, I want to say that there are at least two reasons why people try to find a sour cream substitute.

The first one is for practical purposes when you don’t have sour cream. The second is a bit more complicated. Lactose-intolerant people have to find a substitute for sour cream since it is rich in milk.

Sour cream is a staple dairy product not only in America but around the world as well. Made by fermenting regular cream, sour cream also contains lactic acid bacteria.

Many Mexican dishes use sour cream as a condiment. Around the world, sour cream is a basic ingredient in desserts, appetizers, and bread. But since it is high in fat, this dairy product is becoming more and more expendable. Therefore, today we’ll talk about some dairy and non-dairy substitutes you can use.

All the Sour Cream Substitute Options 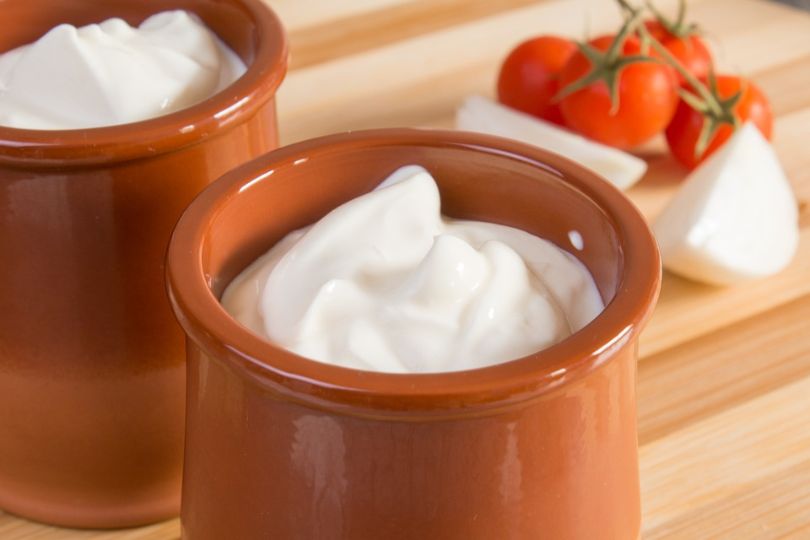 I want to give you the options you have in a nutshell. Depending on the recipe you’re making, and on your specific needs, substitutes vary. For example, yoghurt is an excellent substitute in many recipes, but not in desserts. What you have to keep in mind is that yoghurt is thinner in texture than sour cream.

Here are some of the options you have: 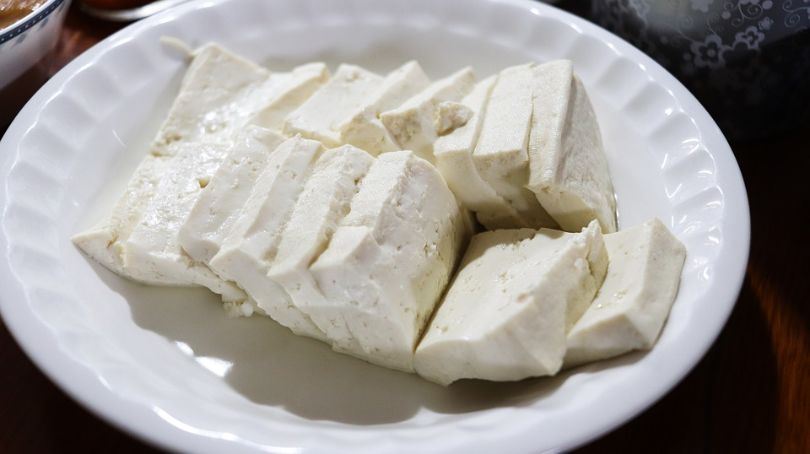 There are several ways to substitute sour cream with a non-dairy product. I would like to give you the two simplest ones.

The first one is to buy plain soy yoghurt. Soy yoghurt is very low in fat and calories, making it the perfect healthier substitute. And you substitute it in a 1:1 ratio. Now, for your tacos, keep in mind that soy yoghurt will not be as thick and creamy as sour cream. But soy yoghurt works perfectly for salad dressings and dips.

The second option is tofu. You need pureed silken tofu and a blender or food processor. Just throw the tofu in the blender, and blend until you get a thick and creamy consistency.

Last, but not least, I’ll share three recipes for homemade dairy-free sour cream. The first one takes 28 hours to make, but you will have sour cream reserves for a whole month. The second one is with cashews and the third is for people who don’t fancy nuts. 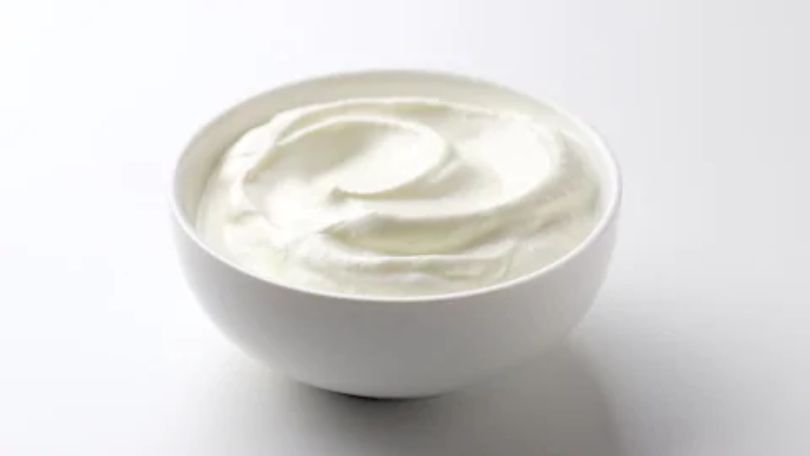 As I mentioned at the beginning, there are two reasons why people are trying to find the next best sour cream substitute. To understand why, we need to look at sour cream, which is a dairy product obtained by fermenting regular cream. During the fermentation process, different kinds of lactic acid bacteria are added.

There are two ways of preparing sour cream. The traditional way is by letting the cream that was skimmed off the top of the milk ferment, a process that’s executed at a moderate temperature. During the fermentation process, the bacteria that develops thickens the cream.

This makes the cream acidic, which is a natural means of preservation. Traditional sour cream contains between 18% and 20% butterfat.

Commercial versions contain 14% milk fat. But they can also contain additional agents used for thickening, like gelatin, guar gum, rennet, and other acids that companies add to sour the product.

Sour cream is not fully fermented. Like many dairy products, sour cream needs to be refrigerated unopened and after use. There is an expiration date.

The condition is caused by a deficiency in lactase, an enzyme that our body uses to digest that sugar. Lactose sugar is the main component in milk.

You can either try to supplement your body with the lactase enzyme or avoid lactose-containing foods. Most people opt for the latter, which is why they look for a substitute for sour cream.