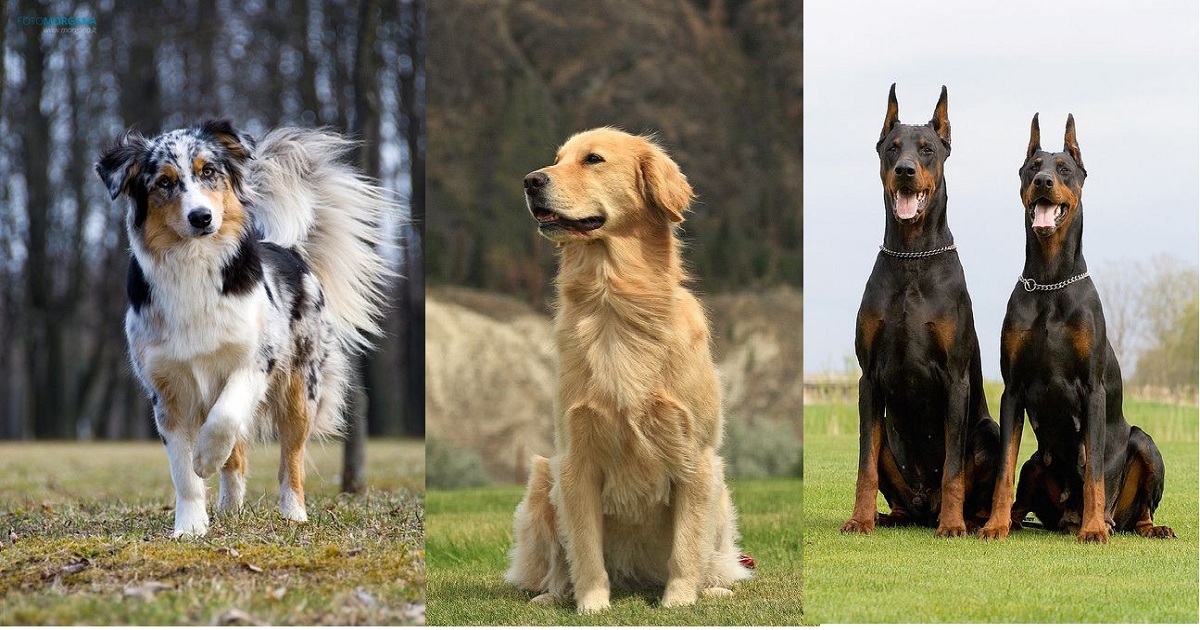 Almost every dog owner will tell you that his dog is extremely intelligent and smart. It is the same way as parents talk about their kids.

We all want to think that our dog is the smartest, most beautiful, and best dog. And while there is no way to rate dog intelligence, a canine psychologist has made a list of the smartest dog breeds.

We have to mention, that he took into account only the working intelligence. He made a survey of 199 dog obedience judges and presented the results. He classified dogs in three groups.

The first tier is the brightest working dogs who learn a new command in less than five exposures. They obey 95% of the time.

They obey 70% of the time. If you own a dog, and you look at this list of types of dogs, do not be discouraged.

That doesn’t mean your dog is not intelligent or smart, it only means it has a different type of intelligence where he excels. For example, terrier dog breeds are very smart, but they are also very independent and do not obey easily. That is why there is no terrier on this list. 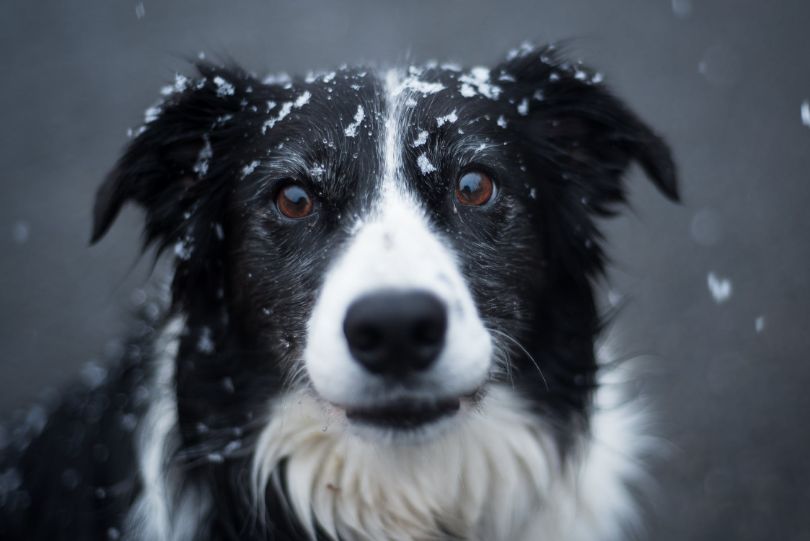 This handsome dog, originally known as “the Scotch sheepdog” was bred to think independently and at long distances from human shepherds. Considered widely the smartest dog alive, the border collie has problem-solving intelligence and strong working drive needed to maintain control of the flock.

One of the best examples of this dog includes Chaser, a dog with the largest tested memory of any non-human animal. She can identify 1,022 toys by their name, and then retrieve them by name and category.

Border Collies are great family pets, but only for families that are ready to deal with the ramification of the herding behaviour. Aggression is not common among bordies, but they like to talk about what they see.

They are very active dog breeds, and because they have so much energy, you need an environment that will keep them busy. If not, they tend to bark a lot when they are not being challenged. 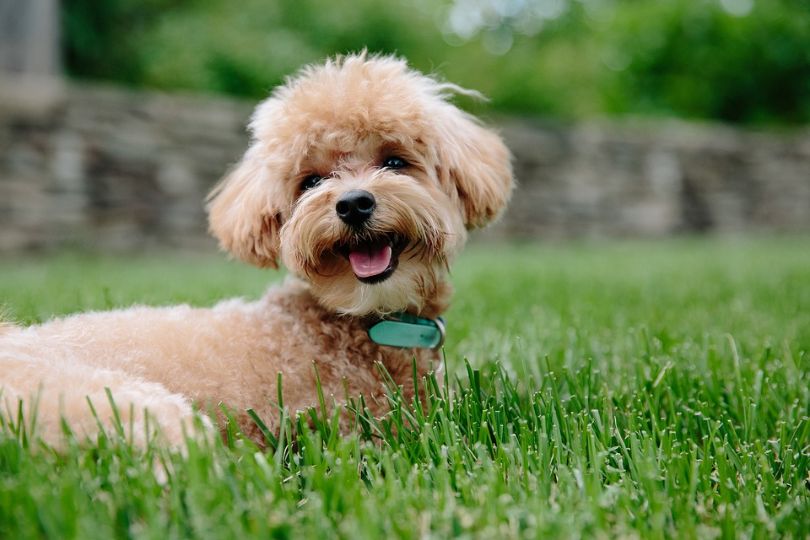 Poodles have a long and storied history. Their history includes many occupations and locales. At one point, they were used for herding sheep.

They also took part in several wars and helped to cross the battlefield to bring supplies to wounded soldiers. Nowadays, the poodle is known mostly as a beautiful dog with a foofoo haircut.

But they are much more. Originally bred in Germany for bird hunting and water retrieving, a poodle is a group of several dog breeds, including the toy poodle, miniature poodle, and the standard poodle.

The standard poodle is considered the oldest variety of the bred and appears on paintings dating as early as the 15th century. Their high intelligence makes poodles one of the most trainable dog breeds.

And unlike many other of the smartest dog breeds, poodles are less energetic than others. However, they need firm and consistent training and regular exercise for their mind.

They are sensitive to voice tones, which means they do not react well to harsh discipline. 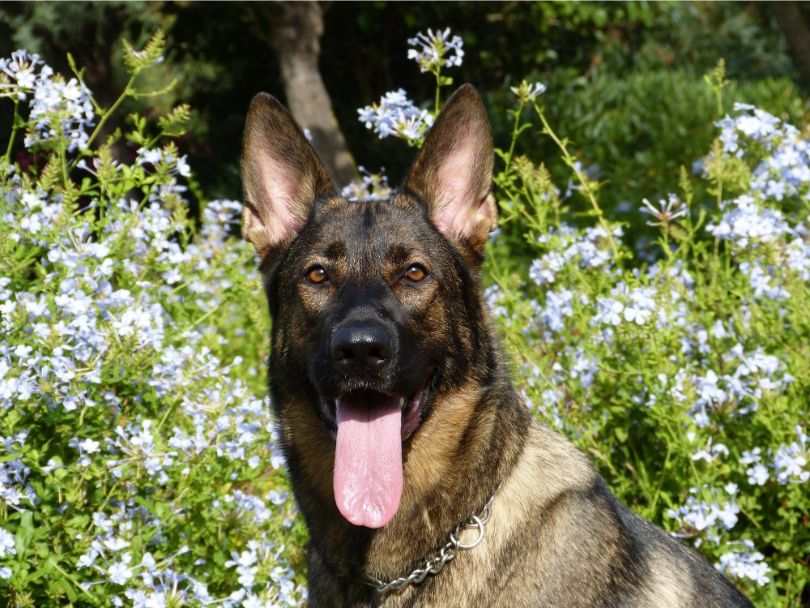 There is not a person alive that doesn’t know how a German shepherd looks. It is one of the most popular dog breeds and one that is almost always drawn on dog pictures by kids.

Standardized by breeder Captain Max von Stephanitz in 1889, the German shepherd was bred for utility and intelligence. At the time, he was used for herding.

But when the need for herding dogs declined, Captain Max worked with police and dog clubs to develop a dog that can be protective and obedient at the same time. And they needed to look no further than the German shepherd.

The breed is very active and intelligent, and needs to be kept busy learning, playing, and working. The dog requires daily exercise of both physical and mental sessions.

The German shepherd serves as an ideal family dog but does best with smart and active owners who can give them focused attention and exercise. 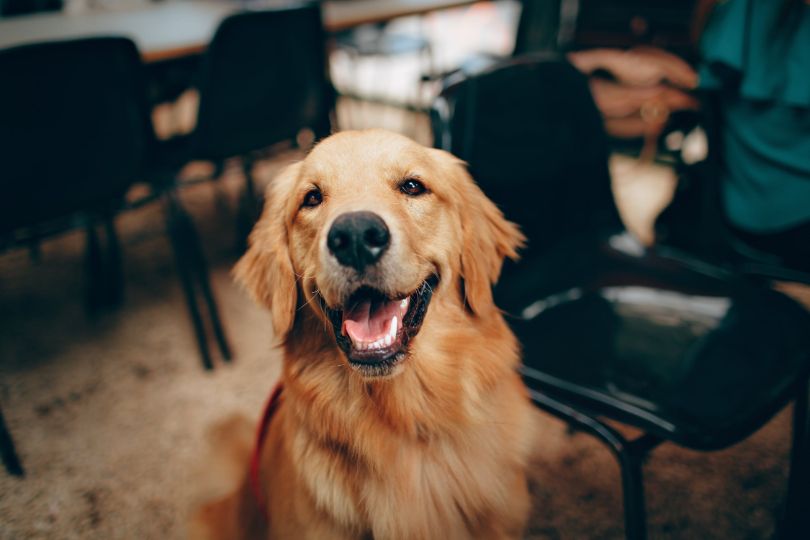 One of the most popular dog breeds, the Golden Retriever is ranked No.3 in popularity in the US by the AKC. In the past few decades, Golden Retrievers have been immortalized thanks to a lot of movies and TV shows, who tend to show their friendly character.

But in addition to being one of the friendliest dog breeds, golden retrievers are also very smart. The gorgeous dog excels in retrieving, but also in agility and obedience.

They can be used for service dogs and family pets. In the past few years, golden retrievers have also made a name for themselves carrying for epilepsy patients, as they can detect seizures before they appear and calm the patient down. These dogs might look scary, but they are one of the best family dogs. They are far less aggressive than they look like. They make wonderful family dogs that love to play. Dobermans are extremely loyal.

Considered people-oriented dogs, they are affectionate and sweet with people. That is, as long as they socialized and trained properly.

They bond great with children if raised with them. One downside, some Dobermans can bond only to one person. For the past several years, the Doberman vs. German shepherd is going on about which one makes the better police dog.

And there are good arguments on both sides. This dog might look like a miniature collie, but they started out as a local version of the Icelandic sheepdog found in the Shetland Islands. The small dogs were bred to rough collies to create a unique breed which is playful and energetic.

They show their agility in both on the farm and in the home. They have a wide range of personality traits that cannot be lumped under one description.

Their long and dense furry coat is a problem for a lot of families. The sheltie sheds heavily, and that is one of the reasons why they are given to rescue groups.

Be sure that you are ready to vacuum often if you want to own a sheltie. 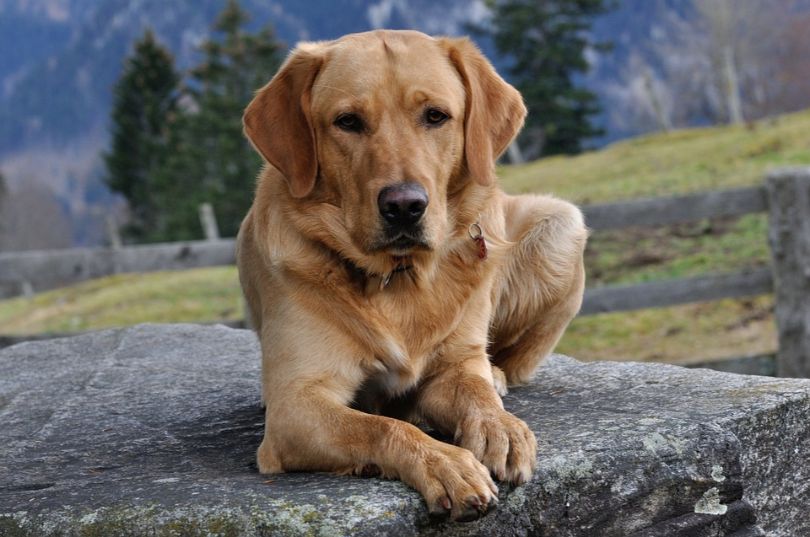 This is the most popular dog breed in the United States. Named for the cold waters off Newfoundland where they were first bred, the Labrador has a short thick coat and a heavy tail to help him swim long distances in cold water.

They are among favourites for family dogs, but also therapy dogs and assistance dog training. They excel in almost any activity you throw at them.

Labradors are one of the best dogs for children of all ages because they are kind, good-natured, and obedient. Friendly with everyone, they are just a bit more conservative when compared to the golden retriever. 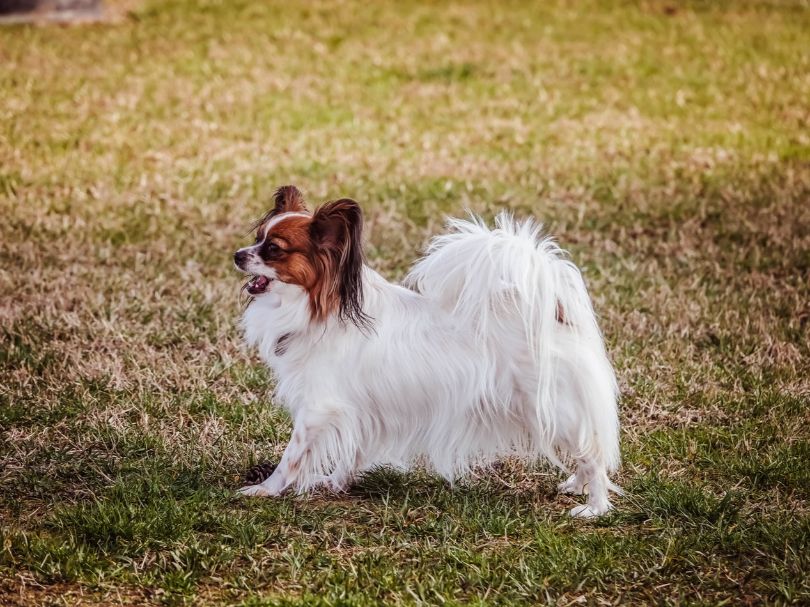 Named for their graceful feathered ears, the Papillon is a breed of the spaniel type dogs. They are one of the oldest toy spaniels, and they derive their name from their characteristic butterfly-like look.

Not only they are one of the oldest toy spaniels, but they are also one of the oldest dog breeds, with records dating back to 1200s. They are friendly, gentle, patient, and very affectionate. Easy to train, the Papillon can easily learn new tricks.

Unlike many of the smartest dog breeds on the list, the Papillon is very active indoors, which is why they are considered amusing and animated. 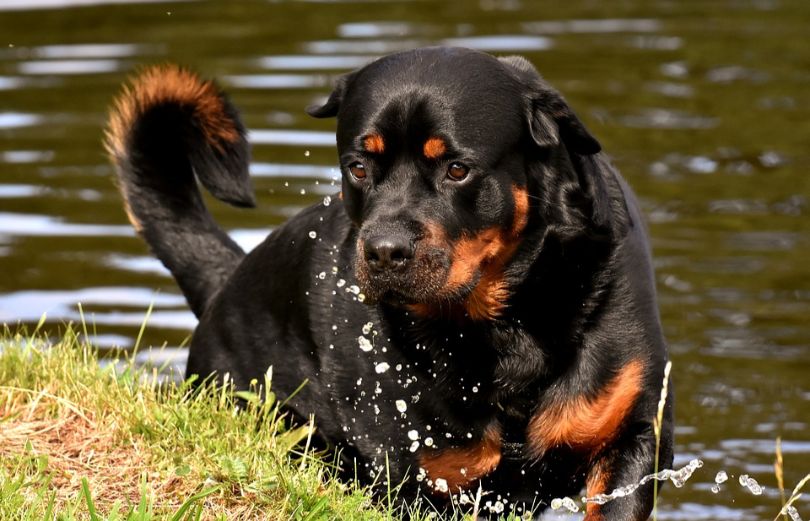 They were bred to be cattle herders, cat pullers, and guardians ever since Roman times. Renowned for their gentle character and affection towards family and friends, Rottweilers are good as long as trained and socialized well.

They need a lot of training and socialization as early as puppies, as they can show predatory behaviour.

Nowadays, they are known as guard dogs, showing their strength and bravery in defending their owners. Even though they have short hair, they shed a ton because they have double-coat. Owning a Rottweiler is not for everyone, as it carries a great deal of responsibility and commitment. 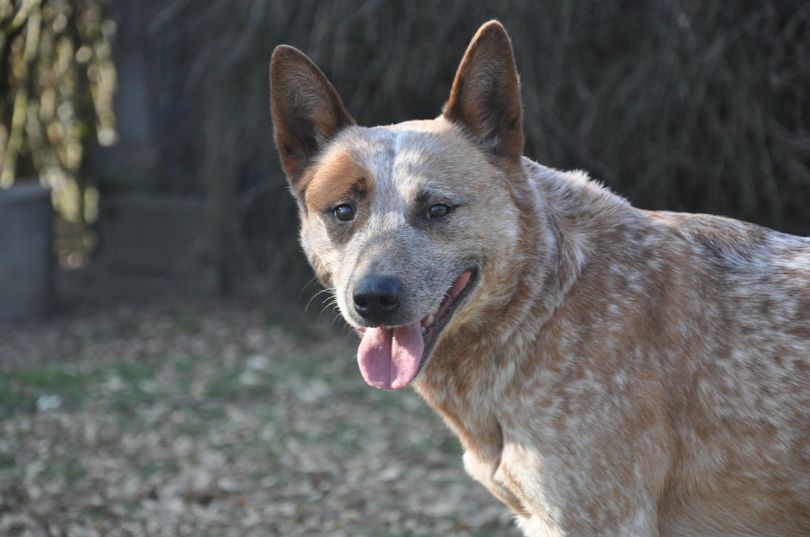 The last dog on the list of smartest dog breeds is a unique crossbreed of blue merle shepherds and the native Australian dingo. They are high-energy dogs, but also hard-working dogs that thrive in the active home doing intensive sports.

They were bred to herd, so it is their natural instinct to look for things in the home they can corral. When cows are not an option, they can herd other things.

They need to be kept busy or will become restless and look for other destructive activities.

You can check out our previous dog articles down below:

Why Dogs Lick – Understanding the Love Between a Pup and Owner