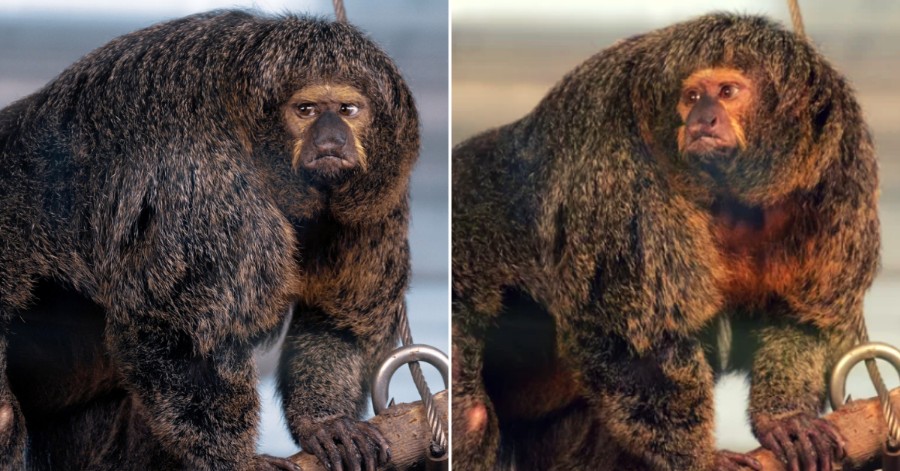 Forget about Sylvester Stallone and Dwayne Johnson — this insanely ripped primate looks like it had some serious workout sessions on the monkey bars.

Visitors of Korkeasaari Zoo in Helsinki, Finland couldn’t help but get a good look at the rare sight of a white-faced saki monkey who looks like a bodybuilder in its pumped-up physique.

Most onlookers would think it’s a male monkey but the brawny animal is actually a female. White-faced sakis spend their entire lives on treetops, developing immense muscles in swinging their arms from branch to branch.

But still, this female primate named Bea at Korkeasaari is extraordinarily well-built. And if it ever came to a one-on-one fight with a human, you sure know who’s earning the prize.

Santeri Oksanen, a visitor at the Korkeasaari Zoo, was stunned at the muscly beast in Helsinki. He stalked Bea inside her enclosure and took a snap as though it just finished a gym session.

The 34-year-old detailed why he was taken aback at the sight of the female primate.

“I couldn’t believe the huge muscles that the monkey had,” he said via The Sun.

“The others were very small in comparison, they all looked a bit scared of her. The pictures make it look like it’s competing in a bodybuilding contest.”

The bizarre breed of white-faced sakis is a native to South America. After observing the ripped primate with its troop in the Finish zoo, Santeri believes that the specimen he spotted is one of the dominating mothers of wild monkey groups.

A female saki can be identified through the colour of its face — it has a brown-grey complexion while its male counterpart has a white surface.

Chimps are considered the closest living relatives of humans in terms of species, sharing between 95 to 98 per cent of the same DNA. Despite this, wildlife experts say that when it comes to muscular strength, there is really no comparison between monkeys and humans.

According to Steve Ross, director of the Study of Conservation of Apes, a primate will surely emerge victorious over a human in a one-on-one battle.

“Chimps are incredibly strong and fast so humans are easily overpowered,” he said.

Aside from this ripped female primate in Finland, a shredded boxing kangaroo named Roger came to fame after a photo of him crushing a metal bucket like a paper cup went viral in 2015.

Roger the ripped kangaroo weighed 89kg (14 stone) and stood more than 182cm (6 feet) tall and is insanely muscular. His photos and videos amassed him 1.3 million Facebook and Instagram fans.

Sadly, the alpha male kangaroo died at the age of 12 just last December.