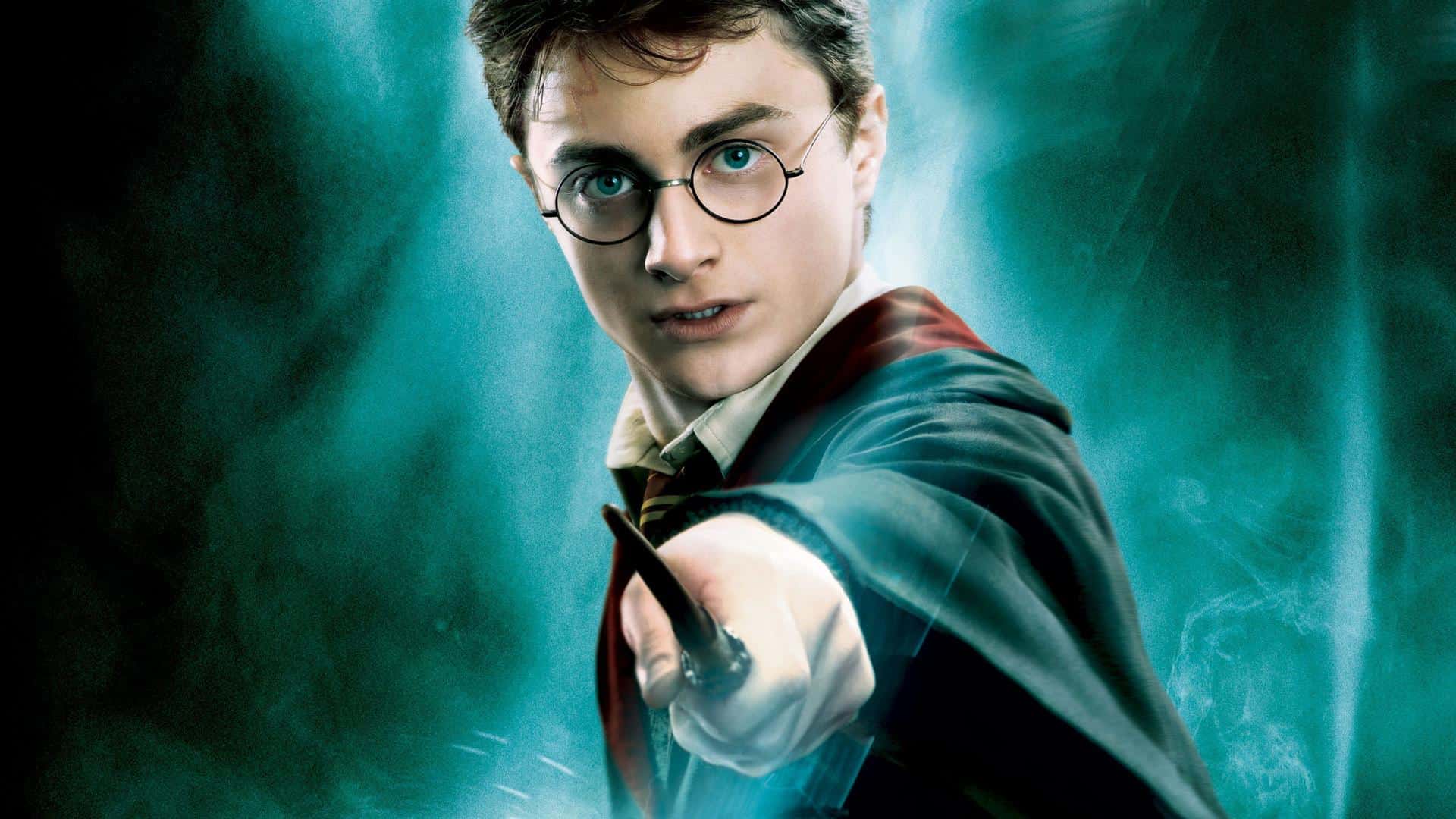 Harry Potter was a great movies saga. J.K. Rowling managed to write a perfect world, and the directors of the movies brought that world to life. Harry Potter was so successful, that the movie has its own sub-culture followers and fans. But now that the movie saga has finished, what can you do to satisfy your craving for magic? Fortunately, Hollywood has always pumped movies like Harry Potter that are filled with magic and mystery.

Now, none of the movies on the list has the same impact as Harry Potter. That is just impossible to copycat and achieve, at least in the near future. However, there are other movies you can watch if you want fantasy, magic, fiction, and mystery. 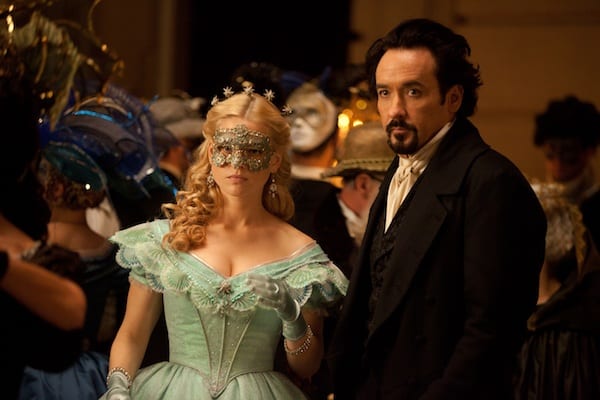 This movie came out in 1963, and was an adaptation of the poem by Edgar Allen Poe. Today, this movie looks like an overlooked classic. The cast even includes young Jack Nicholson. The plot follows the adventures, or better said, misadventures of a group of misfit sorcerers battling each other.

The movie was written to be a dark comedy movie, but the cast with its catty humor and goofiness turned it into an instant classic. What you’ll like is the Potter-like wizard duels.

Lord of the Rings Series 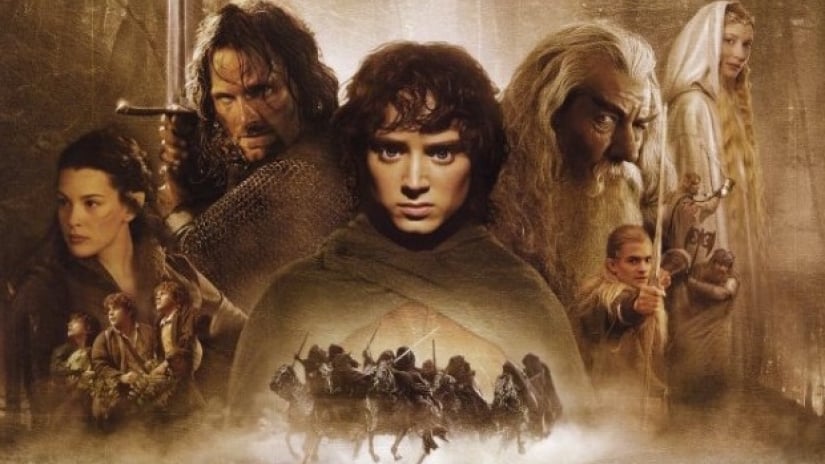 If you want a movie saga that is on the level of Harry Potter, Lord of the Ring is the one to look for. Now, some fans of Potter will never watch Lord of the Rings. But those are hardcore fans. If you look at it, both movie sagas are perfect in their own way. LOTR also features magic, wizards, but also a lot of battles not seen in the Harry Potter series.

The main similarity is between the lead characters. Harry and Frodo are both underrated heroes, children who have to bear the future of the world on their shoulders. And they both rise to the occasion. 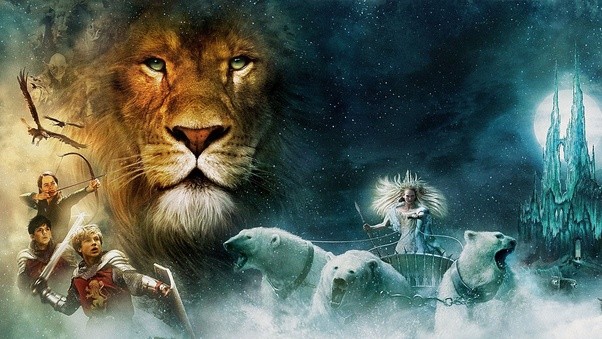 Another movie saga that is all about magic and children and belongs on the list of movies like Harry Potter. But you’ll learn a lot of important life lessons, same as you will in Harry Potter. The plot starts with four English siblings leaving London during World War II. They are sent to a country house where they will be safe. But one day, the youngest girl finds a wardrobe that will transport her to a magical world called Narnia. She comes back, and returns to Narnia with her brothers and her older sister. What follows is a magical journey, battles, and a drama worth watching.

Fantastic Beasts and Where to Find Them 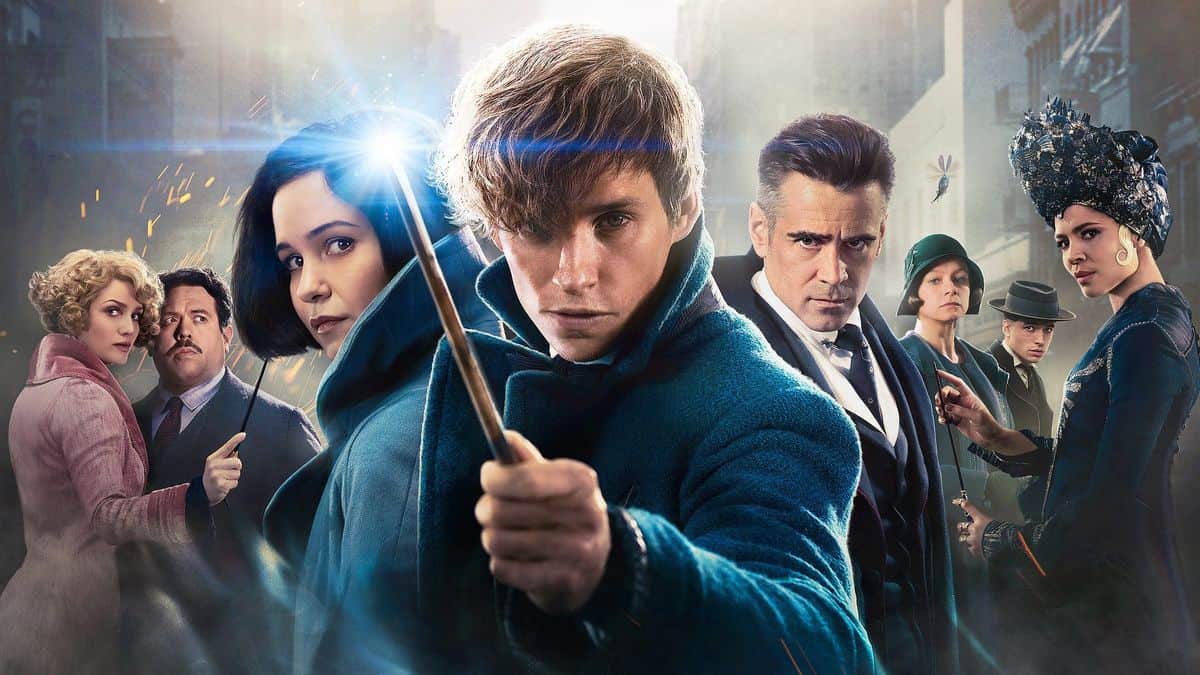 This is basically the prequel to Harry Potter. The movie is based on a textbook found in the original story. Therefore, the movie is a great continuation of the story.

The story starts with Newt Scamander, a Magizoologist. In other words, he studies magical creatures. But one day, his creatures are set free in New York, and he must collect hem before he is exposed to the magical community. This must-watch movie feels almost exactly like Harry Potter.

Now You See It

This charming story about magic is one of the best movies like Harry Potter. Same as Potter, it follows child magicians. The plot starts with a reality television production looking for the “next real magician”. But then children come, and they must prove their talents and skills. The twist happens when one of the children starts doubting, and she tries to find out what is really going on. 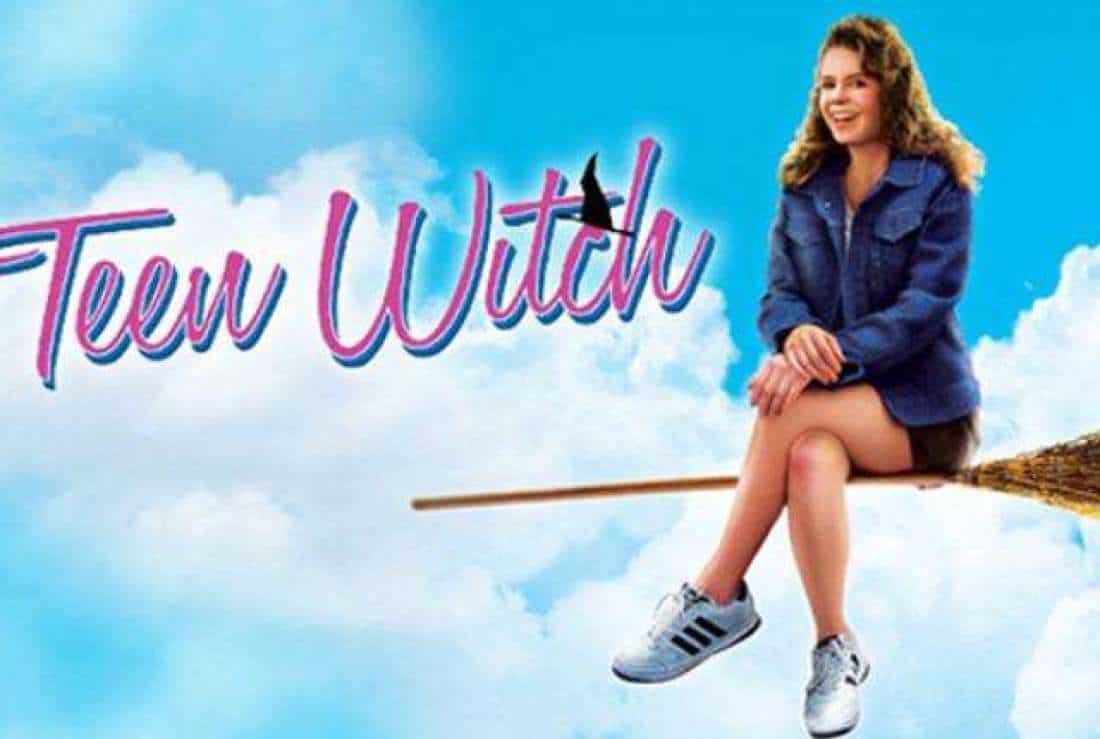 This movie had the misfortune of coming out in a year where other classic dominated. The movie was released in 1989, but it fall behind Field of Dreams and Heathers. The story, however, is an underrated classic and definitely deserves some respect. We might see it as a reboot someday.

The plot follows Louise, a teenage girl who discovers she has magical powers. And all of that happens on her 16th birthday. A local witch becomes her mentor, and Louise uses her magic to become the most popular girl in the school.

The movie has 80s vibe, and is best described as teen fantasy. 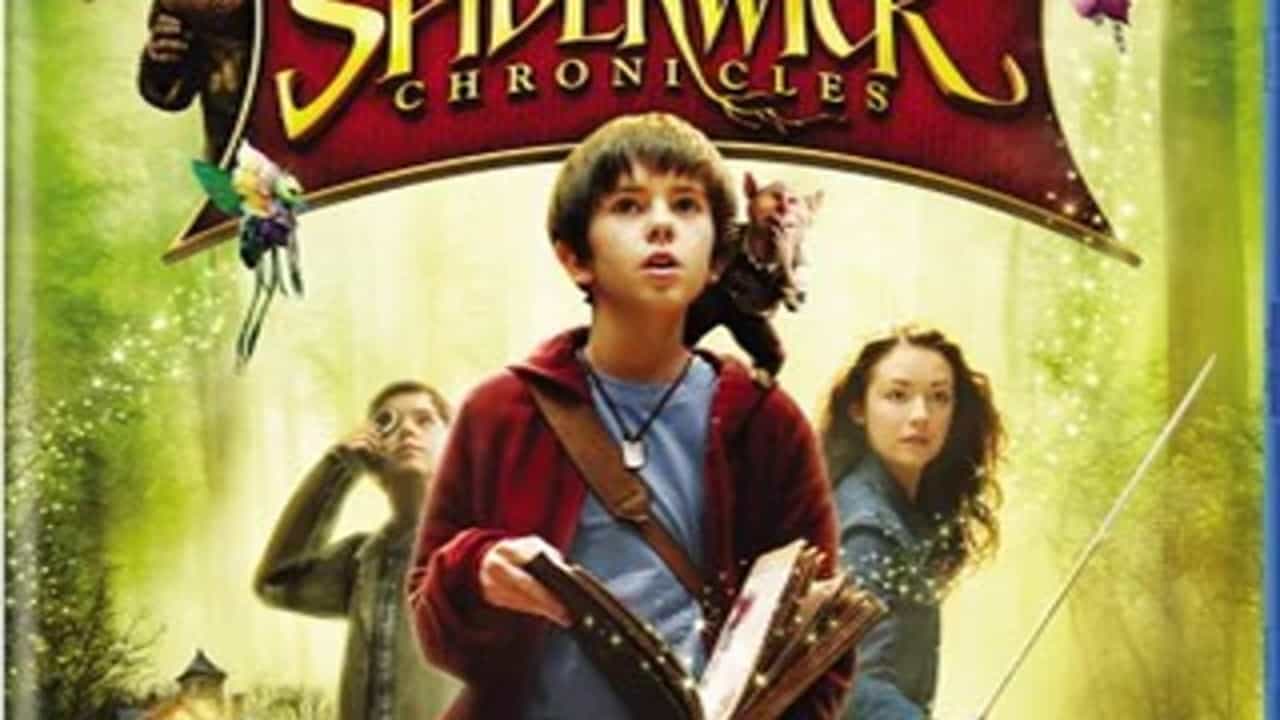 When Harry Potter started reaching cult status, Nickelodeon tried to replicate the success. Their alternative version for movies like Harry Potter Potter was the Spiderwick Chronicles. The movie became a minor hit in 2008, but that was all it achieved.

The movie was also based on popular novels. The plot follows two identical twins who stumble upon a mystical diary of their ancestor. The diary is filled with fairies, magical creatures, ogres, and much more. The twins go on a journey to discover the fate of their ancestor and try to save the world. 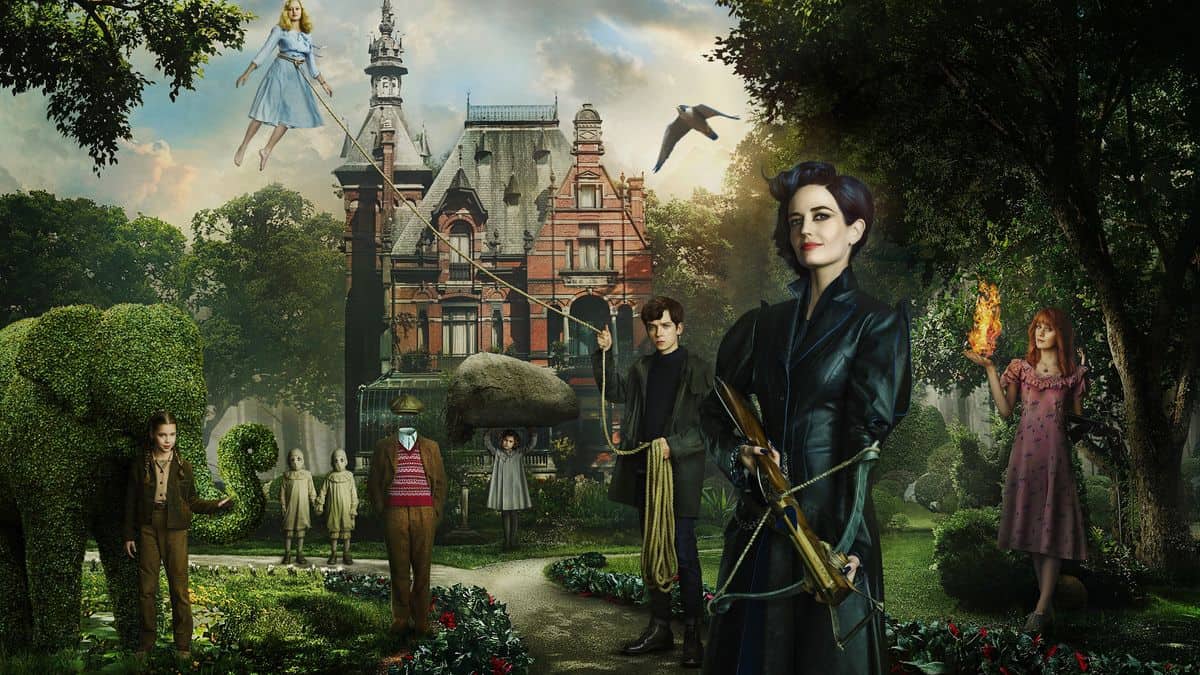 When you want dark comedy and magic, you call Tim Burton. And he always delivers. In this movie, Burton shows he can even direct a children movie. The title role is reserved for Eva Green, who plays a mistress of a home for children born with strange powers and abilities.

The movie can be seen as a combination of Harry Potter and the X-men series. You have the strange powers and abilities of X-men, and the childish wizardy from Potterverse. 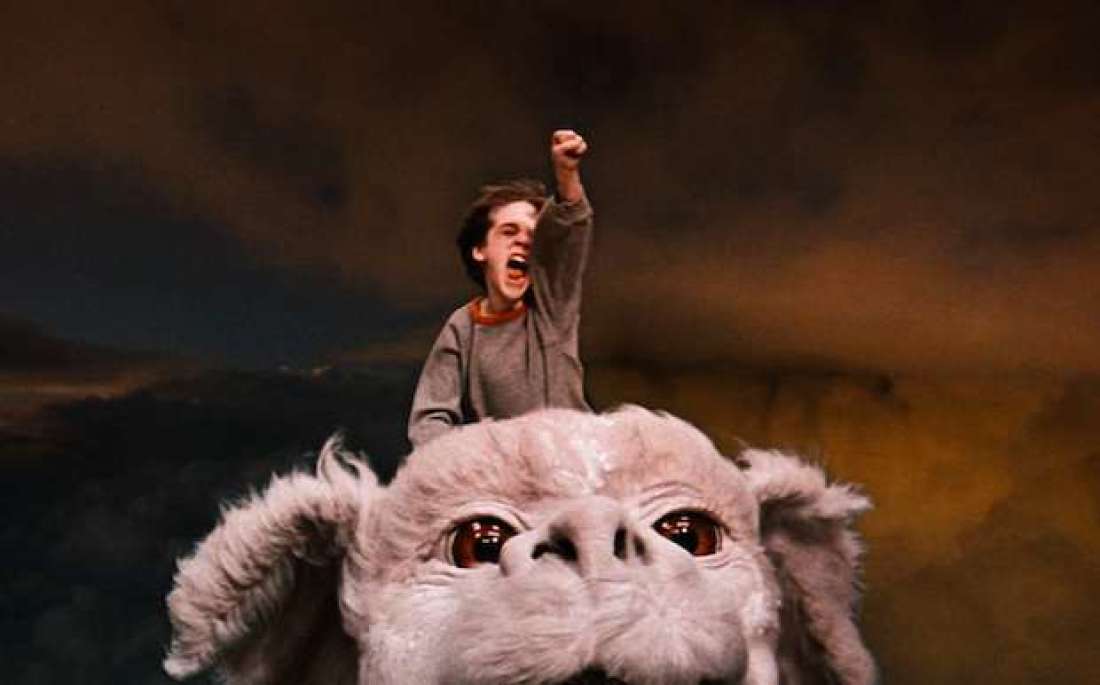 This movie came out in 1984, but it has a modern feel. It was way ahead of its time. And this is not a Hollywood movie. Directed by a German director, and a German production company, the movie combines some unbelievable special effects and post-modern story.

The plot is about a young boy who reads the titular book in our world, but imagines the events in another magical world of Fantasia. And as the plot moves, he begins to question how imaginary the world of the book is.

With great actors, the movie delivers a world that is on pair with Potter. And you’ll love the thrill from moving from one adventure to the next one. 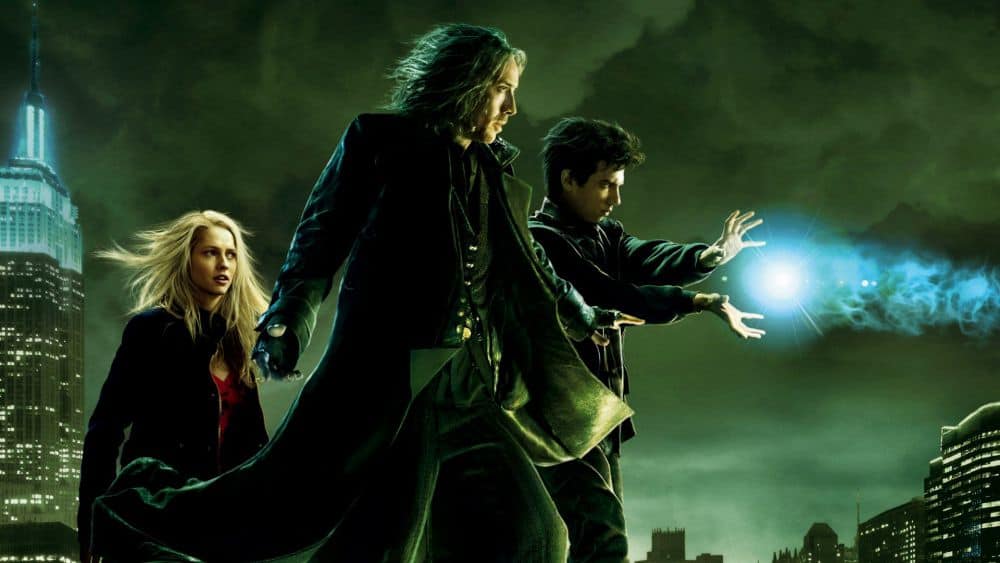 You just cannot ignore a movie that features Nicolas Cage. You can say Cage is one of the funniest and most memed actors in Hollywood. And that is why it is a joy to watch him in any movie. You can watch any Cage movie just for the sake of the actor.

The plot of the Sorcerer’s Apprentice is simple. Dave is an average guy, but he has a hidden talent. He does not know it yet, but he is the “chosen wizard” to bring balance to the world. Balthazar Blake (the character Cage plays) mentors him to become a great wizard.

In the process, he must find out if he can survive his training, find his true love, and save the city. Do not expect great acting, but the movie is fun and entertaining.