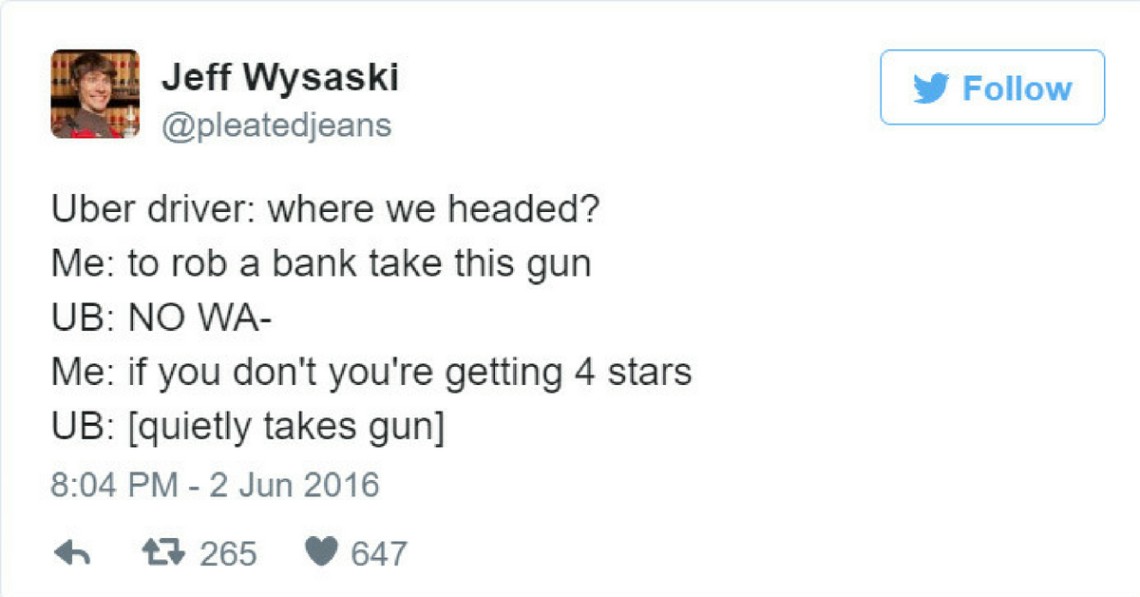 With all the fuss and toxicity going on in Twitter, someone just decided to be funny. Tweets from Jeff Wysaski — the man who makes funny things for a living — are probably some of the best things you will see on social media.

There is one thing sure about him: he loves dogs and he hates bees. Those are two and so is Wysaski. He’s both practical and fake. By fake I mean this man literally plants fake self-help books on the shelves of bookstores, fake coupons in grocery stores, leaves fake animal facts in zoos or puts fake in-store reviews in IKEA.

He actually gets money from too much sarcasm, seasonal wit, a little bit of humour and more sarcasm.

Here are some of the most hilarious tweets from Wysaski — the man who has been fooling his 80K followers since 2010.

Uh-oh. It seems like another case needs to be heard.

Count on  me like one, two, three I’ll be there. 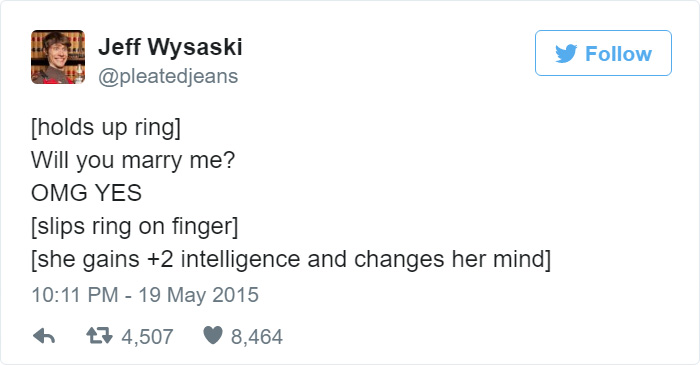 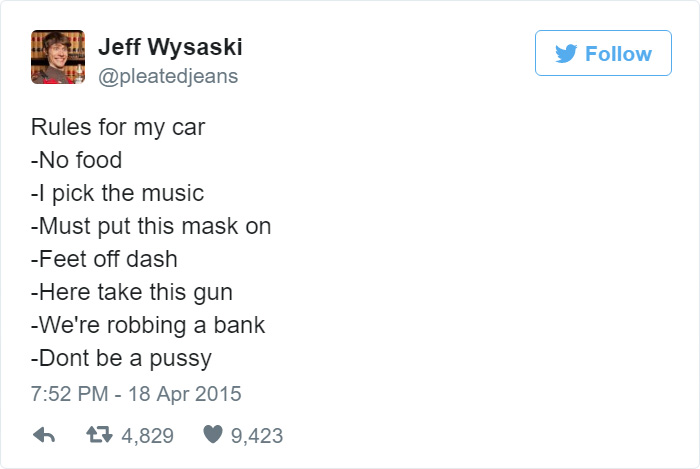 Murderer sees him… Gets some chips.

Don’t you have any filter? 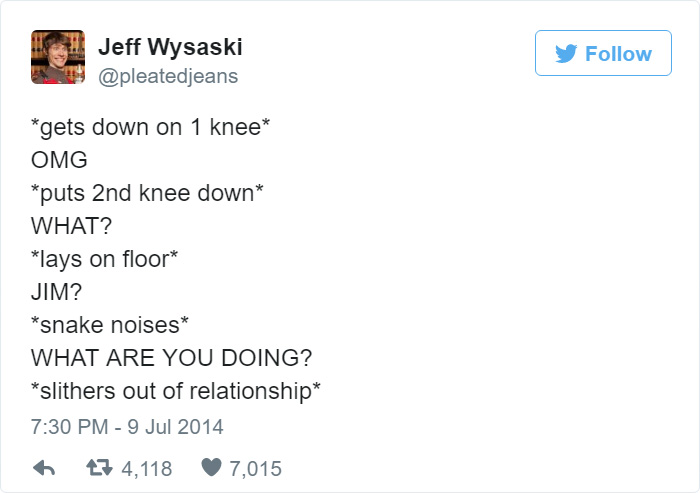 Is this supposed to be funny?

#11 Escape from the Real World 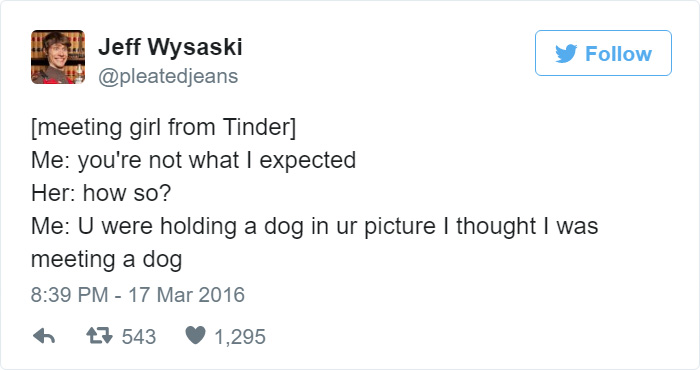 Have you forgotten that Jesus makes miracles? 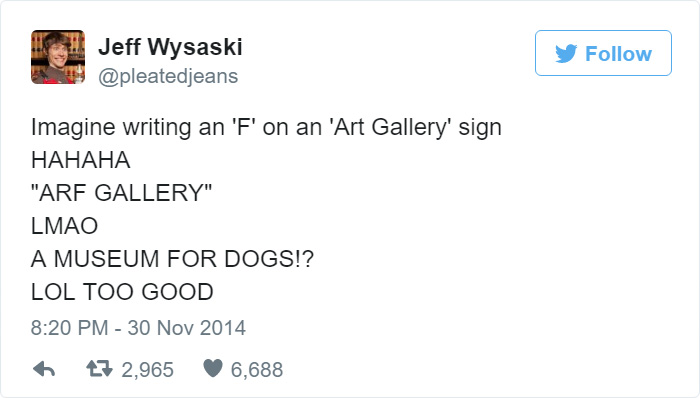 This is actually a great idea.

If I’m in Hogwarts I would definitely do that.

Better write something funny at least. 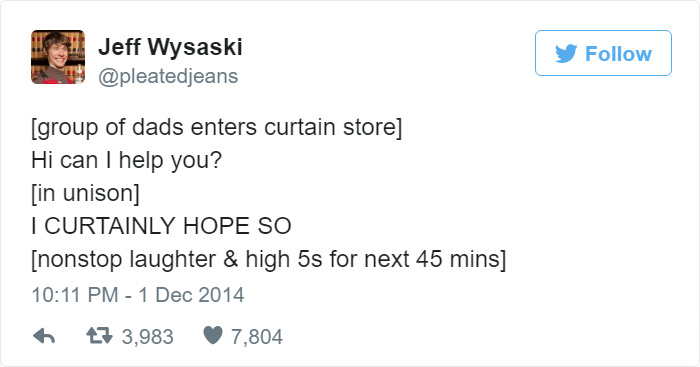 He will pay for this hospital bill once a woman decides to include the bottle though.

You are not alone.

This is another way to look at things. We should all practice this. 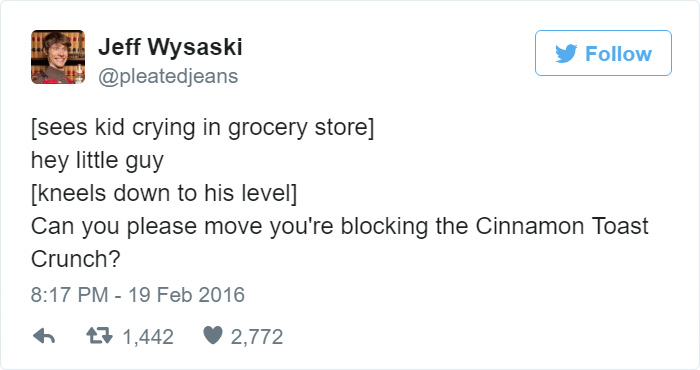 He such a caring person. He cares so much for himself.

Who needs a terrarium when you already have a shirt.

He’ll be more than surprised.

Well this is embarrassing.

#26 Only Way He Could Be Happier

When you thought he’d be against it…

Student: Can I go to the bathroom?

Teacher: I don’t know CAN you?

“Aww, that’s a nice fried egg you got there human.”

Can someone please pick him up from Earth?

I think it’s the best place though.

This is a great idea.

How to see if a girl is a swarm of bees: Give her flowers. 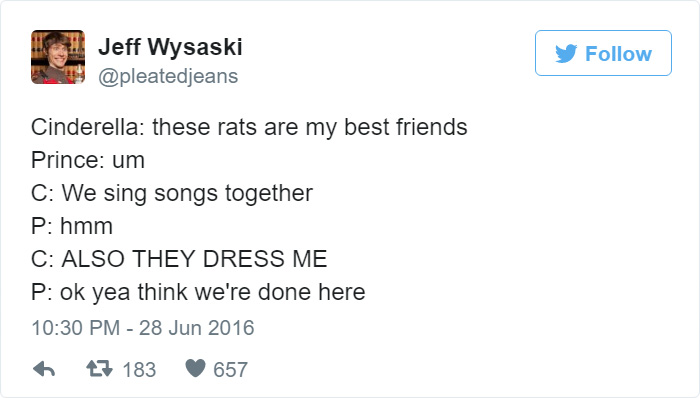 Different eras have their own way of suckness. 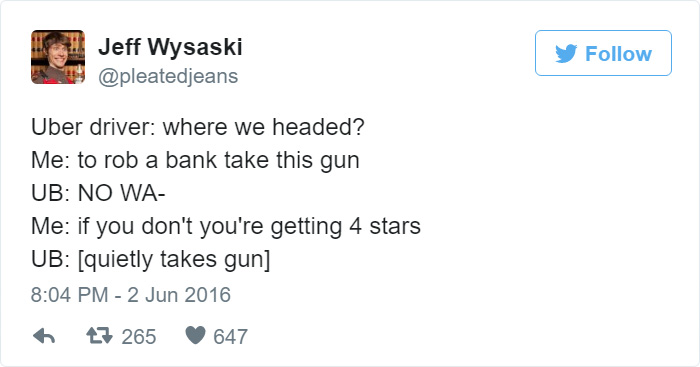 What would you not do for five stars?

#41 Santa Claus and His Keys

Santa is every husband.

#42 I Probably Didn’t Get This Job

This happens all the time.

#44 Coffee is the Perfect Drink

No way. It’s a waste of coffee.

#45 Jamaican Girl in the Library

Jamaican girls arrive in the library in groups.