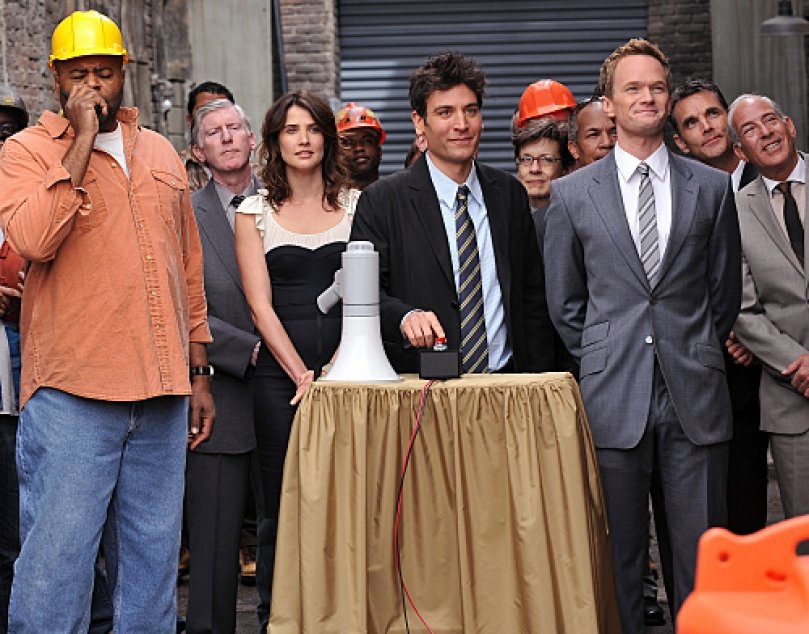 I must admit, I hadn’t noticed some of these facts about How I Met Your Mother until I read about them. I did catch some the first time I watched the show, but on my re-watch, I knew what to look for and I’ve caught every single one of them. Of course, I don’t keep count of things like how many times Barney wore the ducky tie, or how many women Ted dated. Luckily, someone does keep count, and we have some interesting and fun facts to test your knowledge of How I Met Your Mother.

Let’s start with Ted, the main character of the show. Portrayed as a hopeless and helpless romantic, the show’s purpose was to show how Ted met the mother. And his children had to listen to a story in which he tells them he dated 29 different women before meeting their mother.

Barney is portrayed as the womanizer in the series, but he was not close to the numbers they mentioned. In the episode where Barney and Marshall get into a feud after Marshall becomes Zoey’s lawyer, Marshall tells a chick she will be Barney’s No. 280. Well, that’s far from true. The real number is somewhere between 60 and 70.

These two were the perfect couple. In their own words, “We are Lily and Marshall, we are adorable.” Well, they rarely showed that love on screen. The reason is simple: Alyson Hannigan (Lily) couldn’t stand the smell of smoke. Jason Segel, who plays Marshall, was a regular smoker, so Alyson asked producers to not include any kissing scenes. Jason and Alyson actually started a fine system in which Segel paid $10 every time he smoked a cigarette. After he racked up a large debt, he quit. But after one year, he started smoking again due to stress.

Jim Parsons was supposed to be on the show

Jim Parsons, the actor who plays Sheldon Cooper on The Big Bang Theory, auditioned for Barney Stinson. He wasn’t selected, but remains a big “what if” of How I Met Your Mother.

Jennifer Lowe Hewitt was supposed to be on the show

Another popular actor that was supposed to be part of How I Met Your Mother was Jennifer Lowe Hewitt. She was offered the role of Robin, but she turned it down to star on Ghost Whisperer.

Alicia Silverstone was supposed to be on the show

The third popular actor on the list of “what ifs” is Alicia Silverstone. She was offered the role of Stella, and she accepted it. However, when Britney Spears got involved as the receptionist in Stella’s office, Alicia turned down the role. Her representatives were worried that Silverstone would be overshadowed by Britney.

And while there are “what ifs,” Conan did appear on HIMYM. He won a charity auction for a background actor, and said he would like to have a small cameo appearance. He appeared in Season 7, Episode 17, the episode titled “No Pressure.” In the episode, he walks out of the bar while the gang is talking.

All of the websites mentioned in the series were actually real. For example, www.stinsonbreastreduction.com still works. Another popular website, www.lilyandmarshallselltheirstuff.com , worked as a charity website for a while. Items from the show were auctioned, and the money was donated to charities.

The clock in Ted and Marshall’s apartment pointed to 4:20 at all times. The only question is whether it was PM or AM.

Barney was the actual inventor of the “Bro Code.” The phrase became a hit after the show started (that’s proven by Google). And you can read the entire Bro Code if you want to follow the rules of a man, of course.

During the show, the producers joked with Jason Segel about his basketball accomplishments. Turns out he had won a dunk contest in high school. On the show, Marshall also won a high school dunk contest.

Carter Bays, one of the producers and writers of the show, knows the real Ted, Marshall, and Lily. All the characters are based on people from a period in 1997, when Bays spent a lot of time at the apartment of the co-producer, Craig Thomas. At the time, Thomas lived with his longtime girlfriend Rebecca. And that is how Bays became Ted, and Thomas and Rebecca became Marshall and Lily.

Ted’s children knew who the mother was

All of the Ted’s kiss reactions were filmed during season one. They kept the reactions throughout the entire series. However, they filmed the ending as well, showing who the mother was. So, the kids knew the mother for nine years.

Victoria could have been the mother

Carter Bays and Craig Thomas initially pitched a 13-episode series. If the show ended after 13 episodes, Victoria was supposed to be the mother. The initial order ended with the episode “Drumroll, Please.” In the episode, at Claudia and Stuart’s wedding, Ted meets Victoria. So, if CBS canceled the show, the producers were prepared.

Victoria was loved by fans

It turns out the producers were right to have Victoria as the mother. In an online poll, she was voted the all-time favorite love interest for Ted Mosby. The least favorite? Zoey!

Producers tried to squeeze as much out of Victoria as possible. Given that she was loved by fans, she is the woman who appeared in most episodes (after Cobie Smulders, who played Robin, a main character). Ashley Williams (Victoria) appeared in 16 episodes.

Marshall’s reaction to his father’s death

When Jason Segel cried when Lily told him the bad news, those were genuine tears. He didn’t know that the father of his character would die until the very last second. The producers never told him. So, in general, he got the news from Alyson Hannigan, when she said the line on camera. The scene was filmed in one take.

Spouses appear in the show

If you noticed, Barney uses the numbers 83, 8, and 3 for all of his statistics. In Season 2, Episode 3, Ted even points out that whenever Barney needs some statistics, he mentions 83%. But it goes well beyond that. Explaining “third wheel,” Barney asks the sum of all participants to be under 83. He also claims it takes a woman 8.3 seconds to decide whether she will sleep with someone or not. He once claimed he lost 83% of his vision, and when disguised as an old man, he claims to be 83 years old. His 200th sex partner in the show, Petra Petrova, is shown on page 83 in Bro’s Life Magazine. And there are many more references to the numbers 83, 8, and 3.

We saw a few wedding proposals in the show from Ted and Barney. But there was a real wedding proposal during the filming of the Season Two finale. In the restaurant scene, Timothy Russo proposed to his girlfriend, a fellow extra in the show, Jana Rugan. He borrowed the ring from Robin when the camera started rolling.

Neil Patrick Harris made more money than the others

The biggest star of HIMYM was Neil Patrick Harris. It is only logical that he made more money than the others. In fact, he made two times more than they did. His salary was $210,000 per episode, almost double the $120,000 per episode the other actors earned.

Carl MacLaren was an associate producer on the show, and the main producers and writers decided to give him a tribute. The gang spent most of their time at MacLaren’s Pub, named after him. And there was even a bartender in the pub named Carl.

The finale was the most watched episode of the entire series—which shouldn’t come as a surprise, given that a show’s finale usually gets the most viewers. The finale had 13.13 million viewers. However, the episode was also the lowest-rated episode. Turns out, fans didn’t like it much. There was even a petition from fans asking the producers to change the finale.

The finale of Season 6 was the least watched episode. Fans didn’t like Zoey, the least favorite love interest for Ted. Season 6 saw a viewing decrease in general, but the biggest decrease was for the finale, bringing in just 6.41 million viewers. 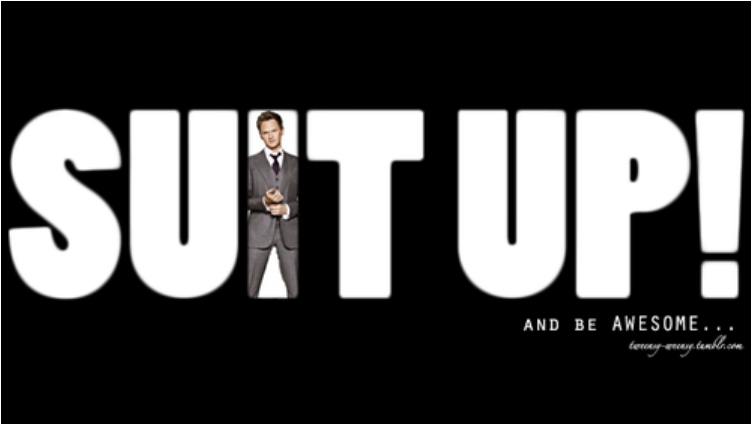 Barney used the famous catchphrase throughout the entire series. And in most cases, he was wearing a suit. Barney even had a suitjamas for sleeping, as well as a flight suit for Halloween. In total, there were only 12 times when he didn’t wear a suit.

Speaking of suits and ties, Barney usually wore classic and sophisticated ties. But when he lost a bet to Marshall, he had to wear the infamous ducky tie. He tried to take it off several times, but ended up wearing the tie for a total of 11 episodes.

Whenever one of the gang members had gone south, the others tried to get him back on track with an intervention. Or, as Marshall says in one episode, quintervention. Anyway, there were a total of 13 interventions in the show.

The show producers had fun with things like songs. We all remember “I Would Walk 500 Miles,” the song Marshall often sang. But there was a song which was played every time a character would get in a physical altercation. The song was “Murder Train,” played by The Foreskins. Fun fact: Robin’s ex-boyfriend was part of the band.

During season four, Alyson Hannigan was pregnant. However, the producers decided that pregnancy wouldn’t work for her character. So, they hide the pregnancy with baggy tops and giant handbags. The one time they showed her baby bump was in the episode “The Possimpible.” In the episode, Lily won a hot dog eating contest in a subplot.

The show’s obsession with Star Wars is well documented. Ted, Marshall and Barney watched the original trilogy once every three years. And Barney has a stormtrooper in his home. But the thing few fans notice is that the stormtrooper is different. Even more interesting, in the first two seasons, there is another room next to the stormtrooper. From season three and onwards, there is just a wall.

In Season four, Episode 11, Robin is sad because she can’t hang out with hockey fans in New York. So Marshall takes her to a bar called “Little Minnesota,” where they watch a hockey game. In the back, there is a woman wearing a “Smulders” jersey.

The show joked a lot with Ted and his tramp stamp. That’s how he met Stela—when he went to a dermatologist to have it removed. But did you notice that characters in the show often wear butterfly necklaces? It is the unofficial reference to Ted’s tramp stamp.