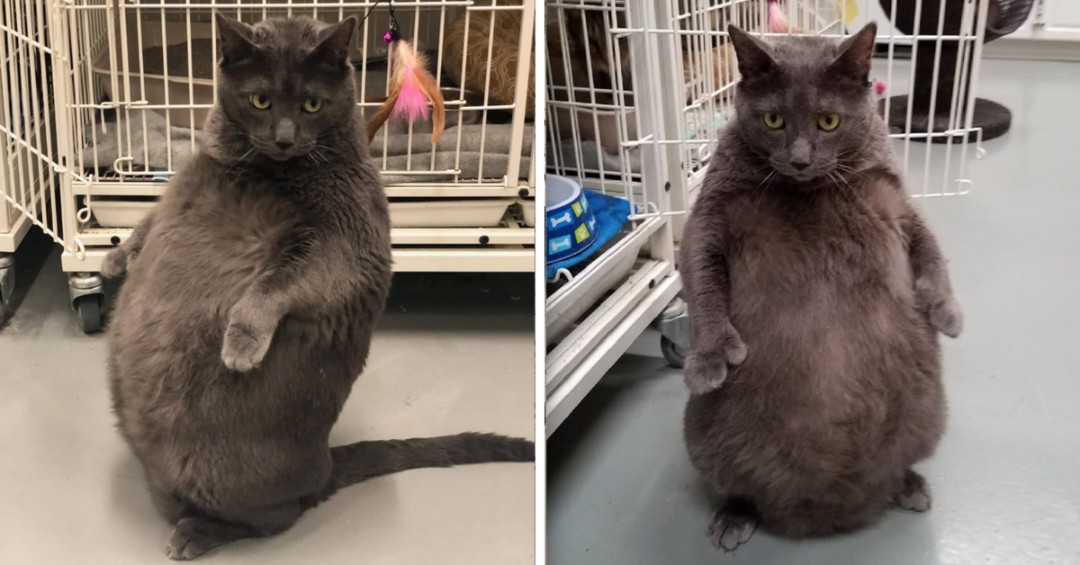 Too Cool to Be Homeless

Calling the attention of cat lovers all over the world! This is Bruno, a 7-year old, thicc and a 25-pound cat who is looking for a new home at the Wright-Way Rescue Adoption Center in Morton Grove, Illinois.

If you’re looking for a lazy yet high maintenance cat in your life, then Bruno is perfect for you! He is a polydactyl, meaning he has a few extra toes. He also has a strange habit of standing on his hind legs, Wright Way Rescue said on Facebook.

Bruno claimed there’s a lot of him to love. He is perfectly healthy other than being overweight.

Though he’s on his diet, he manages to walk, play and doing tricks to lose some weight. Bruno is great for people who love irony because he is the highest-maintenance little potato boi, hailing from a species that is designed to be low maintenance.

According to a Facebook post from his temporary home, the Wright Way Rescue in Morton Grove, Illinois, Bruno is a “laid back, lazy boy.” But his supposed “laid-back” attitude contradicts almost everything else about him, as outlined in the post which was supposedly written by the cat himself. Via Vice.

Get to Know More about Bruno

According to Bruno, he’s in a normal home and most of his day is spent lying around, but never far from his family. He usually prefers to lay on the floor or ‘right next to you’, but occasionally he likes to be a lap-cat.

He also really likes playing with his feather wand toy. Not so much his other toys or scratchers, though. He does like to sleep with his foster parents, but at the end of the bed so they still have room.

He likes when someone scratches the sides of his face and neck. Bruno doesn’t want to be petted except for the top of his head and spine only.

“I know my tummy is so tempting to touch, but I would prefer if you didn’t. I may swat my hand and pretend to bite if you do,” Bruno said. “I like to talk to you….a LOT. Be prepared for a chatty kitty!”

He has a couple of quirky traits, too. For one, he likes to stand on his hind legs. This usually happens when he wants food. His foster parents did not teach him that. His parents are not sure how he learned that.

Second, Bruno said he wants to be put while he eats. It took his foster mom a little time to realize what he was meowing about since she had just put food in his bowl.

“Soon she found out it’s because I want pets while I eat! I will still eat if you don’t pet me, but I will meow more and stare at you for a while.”

“If you have a larger house, perhaps put multiple bowls of water around for me and be sure to give me fresh water at least once a day? Yes, I know I am EXTRA.”

Overall, he is a pretty laid back, lazy cat who just wants to be in the presence of his owners. According to him, he heard he make them laugh and smile every single day, so he hopes he can do the same thing for you!

He is currently at the Wright-Way Rescue Adoption Center in Morton Grove. You can actually come to meet him this weekend, starting tomorrow!