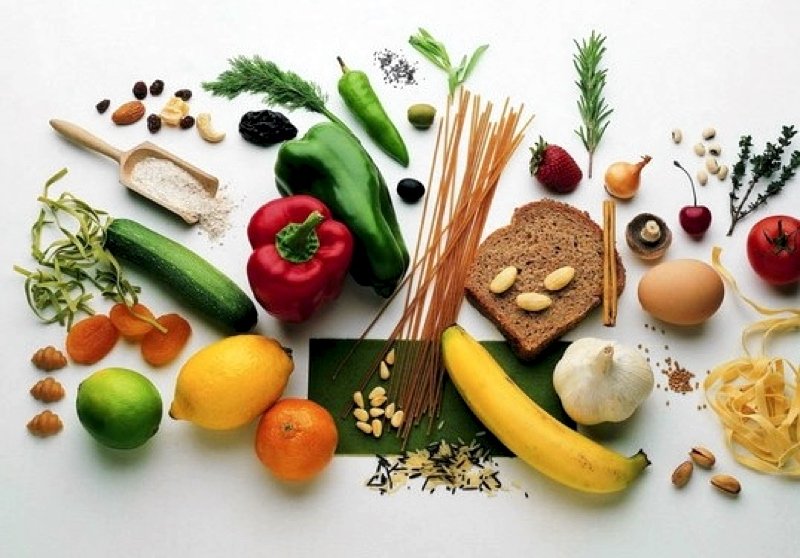 More than half of the diets you’ll find online will tell you one thing: lower your carb intake and increase your protein intake. In the past several years, carbs have received a bad reputation as being the sole reason for the obesity epidemic.

Part of that is true. But there are two sides to every story. And in the case of carbs, the truth is that not all carbs are created equal. Some are healthy, and some are unhealthy. You’ll be surprised to find some of the healthiest foods on the market are actually high carb foods.

It’s only logical that we start with obesity public enemy No. 1: sugar. But we’re talking about processed sugar here—granulated sugar is your biggest enemy. Try to avoid it as much as possible. To put it into perspective, 100% of granulated sugar is carbs. Other sweeteners that are high in carbs include fructose, honey, and maple syrup. 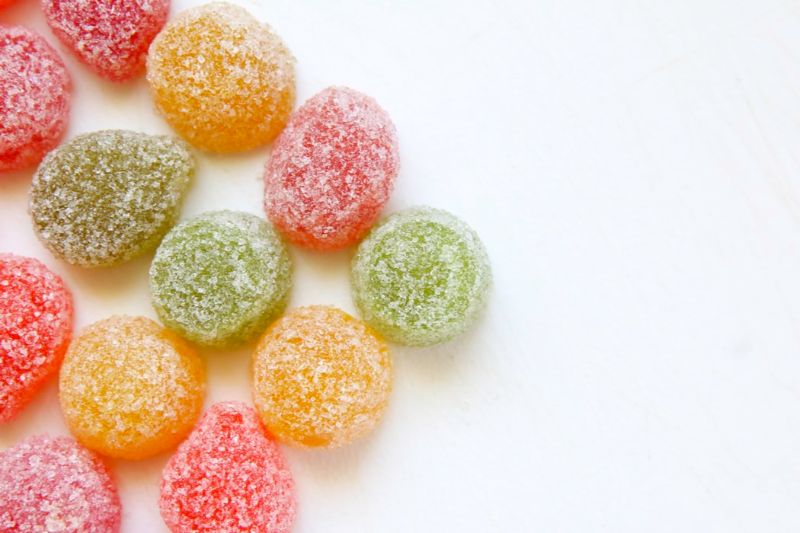 Being that it’s primarily made out of sugar, it’s natural that candy is high in carbs. For example, Jelly Gumdrops are almost 100% carbs. 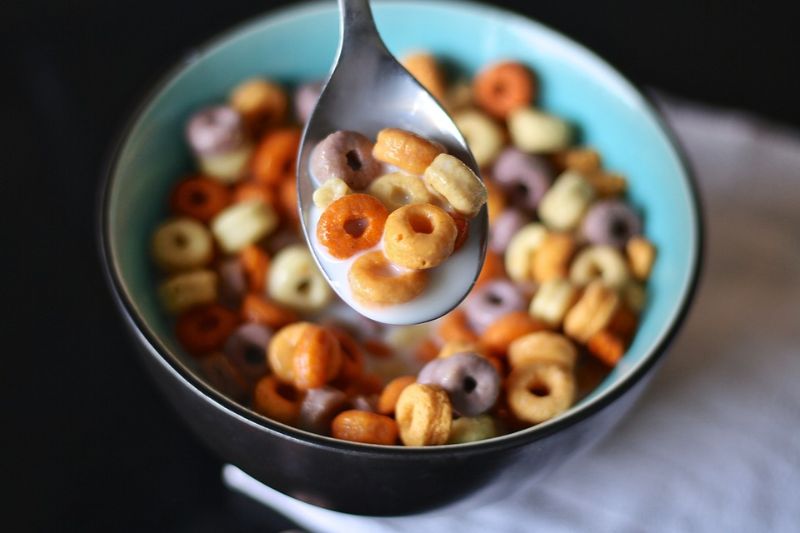 When it comes to a good quality, healthy breakfast, cereals are usually at the top of the list. But they are also part of the high carb food family. Some cereals are unhealthy and some are healthy—it depends on the type of cereal. For example, Rice Krispies are the worst you can get. 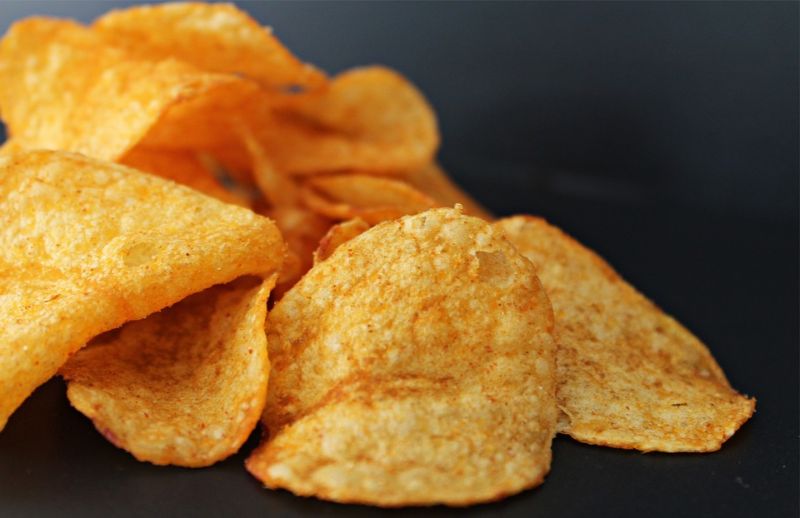 One of the most commonly consumed snacks is “fat-free” potato chips. I’d recommend you stay away from anything that says it is fat-free or sugar-free. In most cases, they are far from healthy. Take sugar-free Coke, for example. Other snacks on the list that are high in carbs include rice cakes, pretzels, breakfast bars, flavored tortilla chips, and fat-free caramel popcorn. 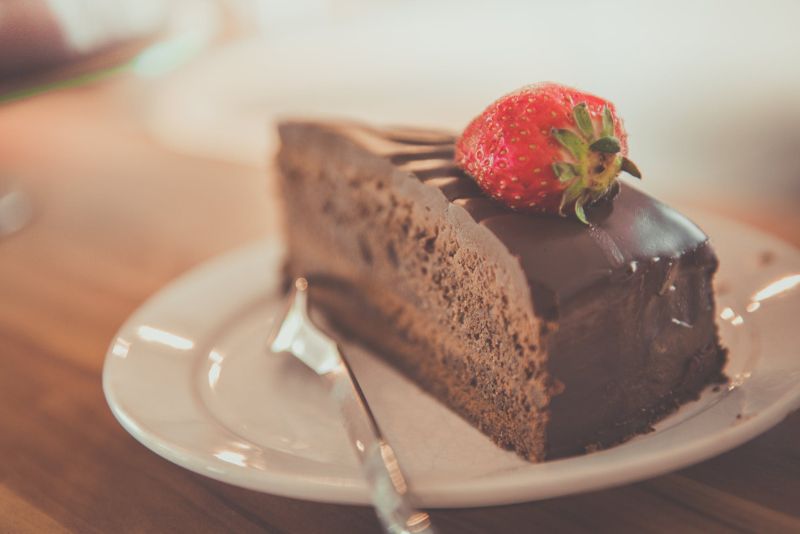 Moving on to another sugary delight—cake. I know most of you know that cake is a high carb foods. But exactly how much? For example, fudge cake cookies contain 21.9g of carbs, gingersnaps contain 21.5g of carbs, butter cookies 20.8g of carbs, vanilla cream sandwich 20.7g of carbs, coffee cake 29.6g, fruit cake 26.5g, and sponge cake 23.2g of carbs per 100g of cake. 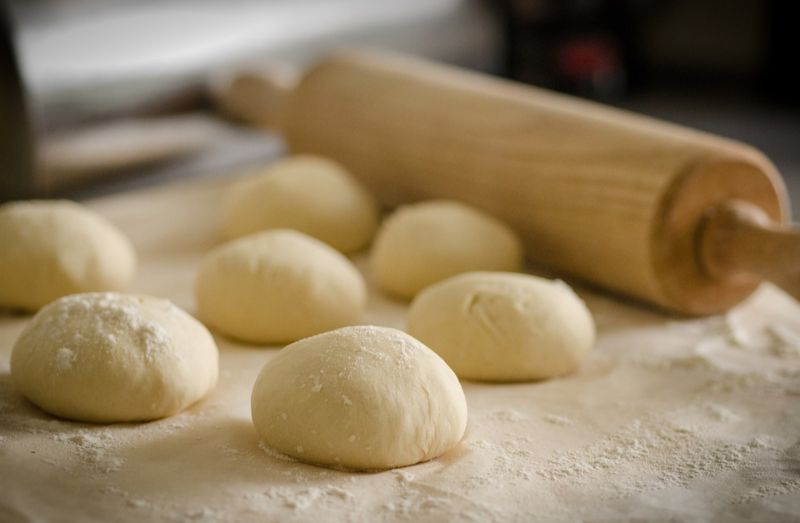 One of the reasons why baked goods are usually high in carbs (and this includes bread) is white flour. Most people use white, all-purpose flour, which contains 76% carbs per 100g.

Potato flour is also on the list, along with white rice flour and white bread flour. That being said, if you are baking pastries, look for healthier flour alternatives. 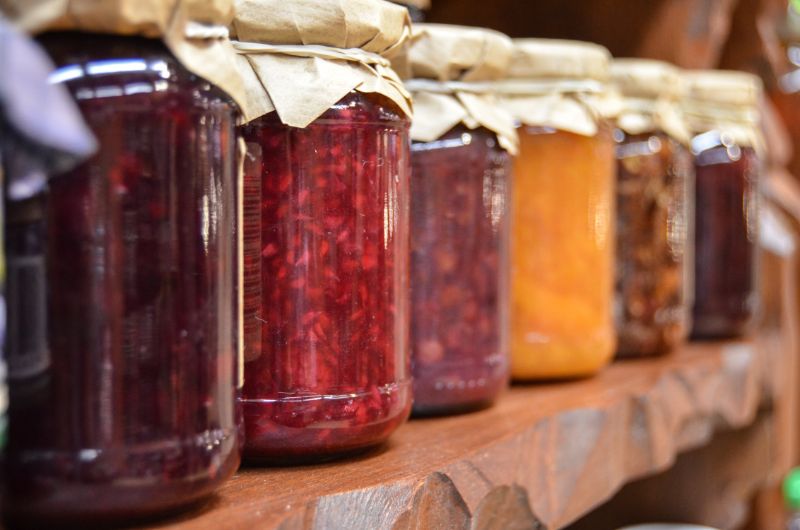 Bread and jam—that’s a killer combination if you want to boost your carb intake.

Jokes aside, marmalade contains around 13g of carbs per 100g.

Even apricot jam, which is usually considered healthy, contains 13g of carbs. 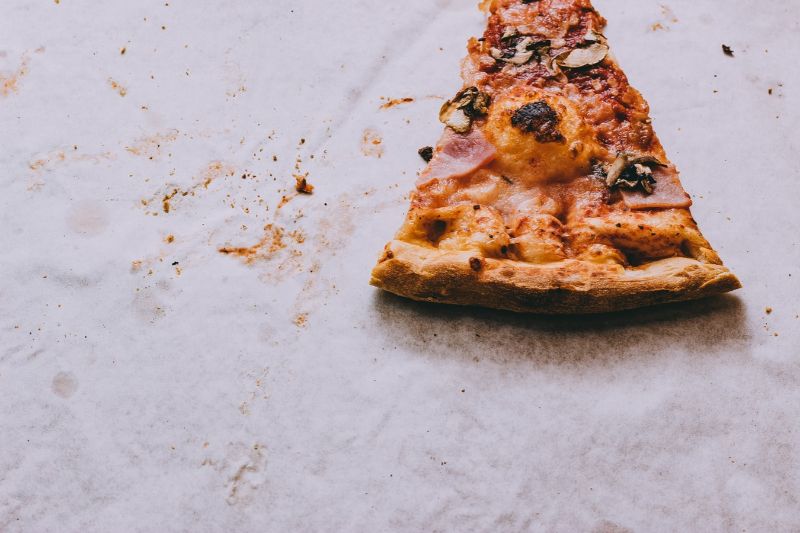 We had white flour, and now we have bread. For example, one of the most popular bagel choices is a cinnamon-raisin bagel. But even that one contains close to 60% of carbs. 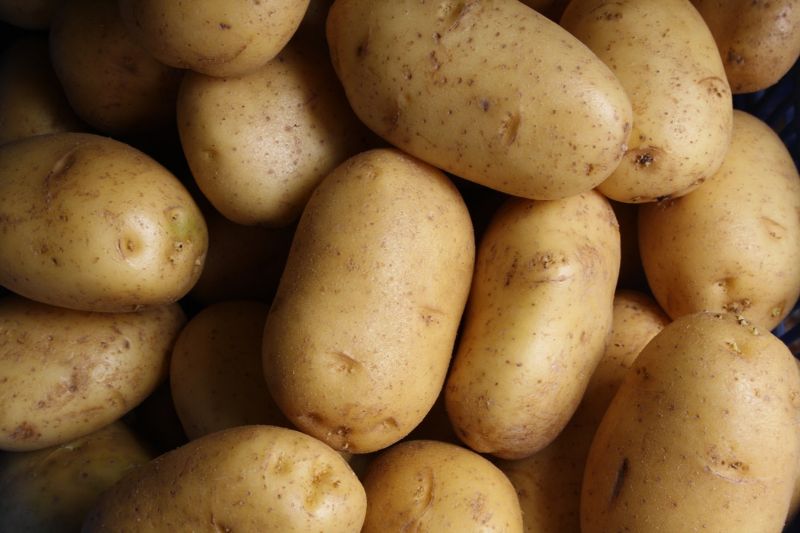 Potatoes are another high carb food you should avoid. People love potatoes, especially French fries, because they are filling. But hey, sometimes you just have to think about your health. Mashed potatoes, French fries, potato pancakes, candied sweet potatoes—all are options you should stay away from. 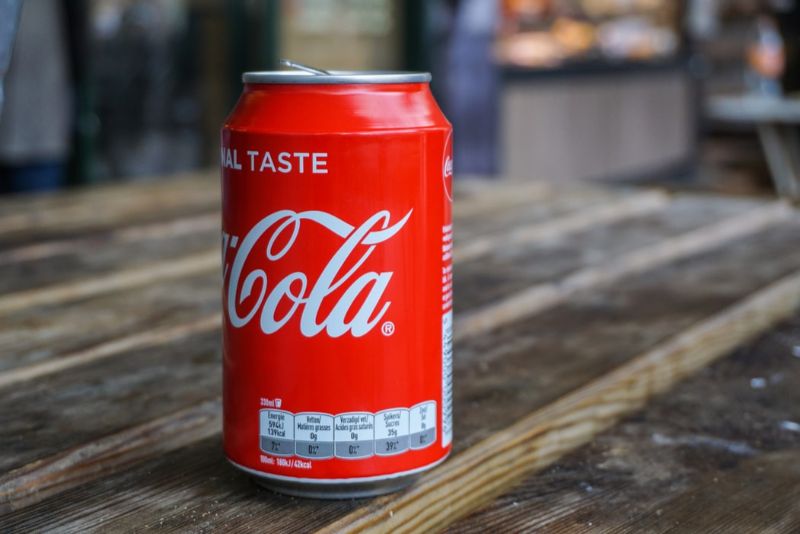 Last, but not least, we have sugary drinks that are made almost exclusively of sugar, sweeteners, and water. We won’t mention any drinks by name, but stay away from carbonated drinks and other artificially-made juices. 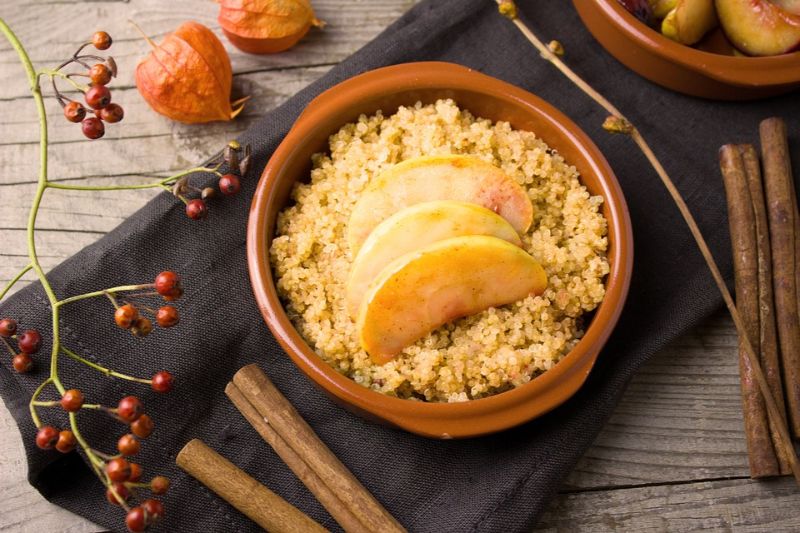 In the past few years, quinoa has become one of the most popular foods in the health community. Prepared and eaten like a grain, quinoa gets its great reputation due to its high protein content. However, it is also high in carbs. When cooked, quinoa contains 21% carbs as well as fiber and protein. In the natural health community, quinoa is praised for its ability to control and lower blood sugar. And since it contains no gluten, it is a great alternative to wheat. 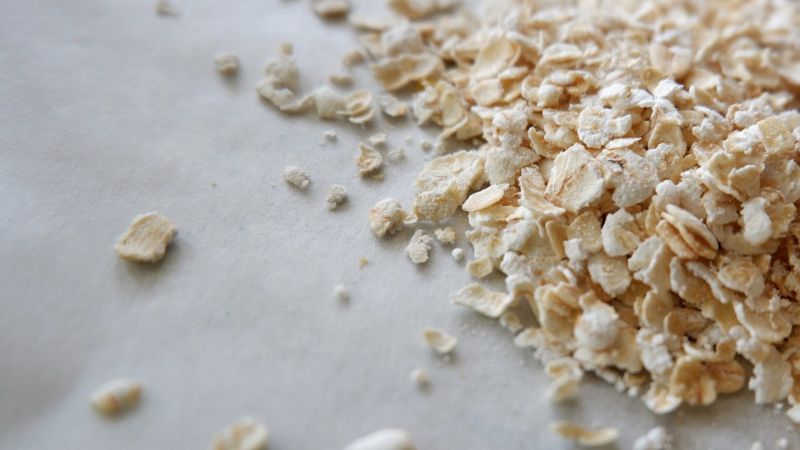 Whole grain food is what you want in your diet, and oats deliver just that. When eaten raw, oats contain more than 60% of carbs. However, they also contain 11% of fiber, which is the reason why they are one of the healthiest breakfast options. They contain a relatively good amount of protein, but fiber is their main benefit. Studies have shown that oats lower cholesterol levels, and with that, they reduce the risk of heart disease. 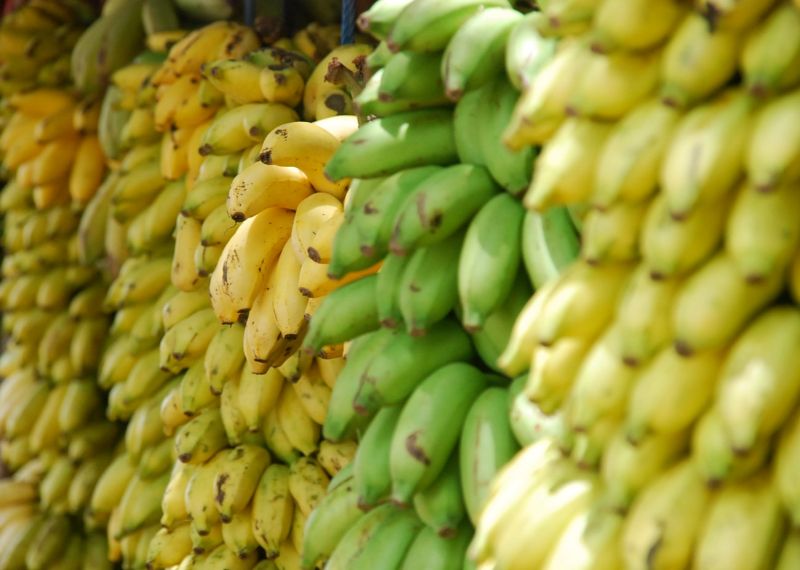 Raise your hand if you thought you’d see bananas on this list. Bananas contain starches and or sugars, depending on how ripe are they. But in any case, they contain more than 20% of carbs. However, they also contain numerous vitamins and minerals like potassium, magnesium, and vitamins B6 and C. It is better to consume ripe bananas. 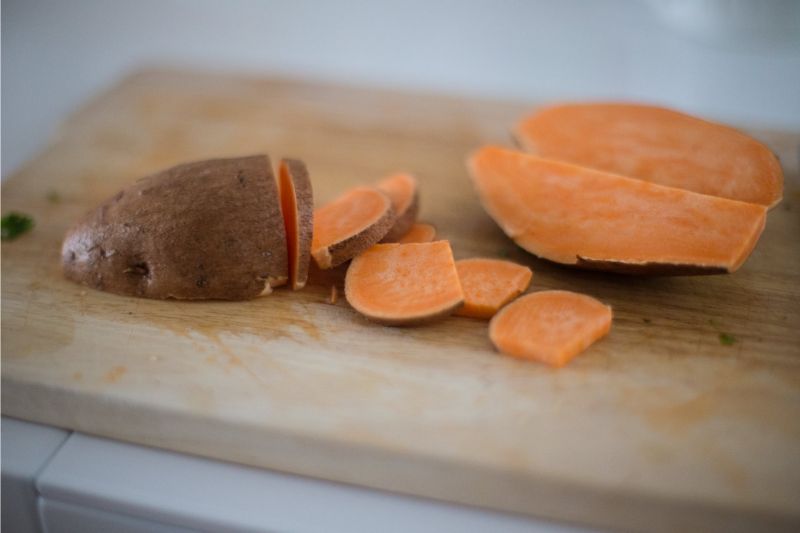 Unlike regular potatoes, sweet potatoes are a nutritious delight. Packed with vitamin A and potassium, sweet potatoes are one of the healthiest foods you can get. And yet, they do contain a high amount of carbs, around 20% to be exact. Most of that carb content is starch, but they also contain high amounts of fiber. Sweet potatoes reduce the risk of several diseases by reducing oxidative damage. You might not know this, but they are a great source of antioxidants. 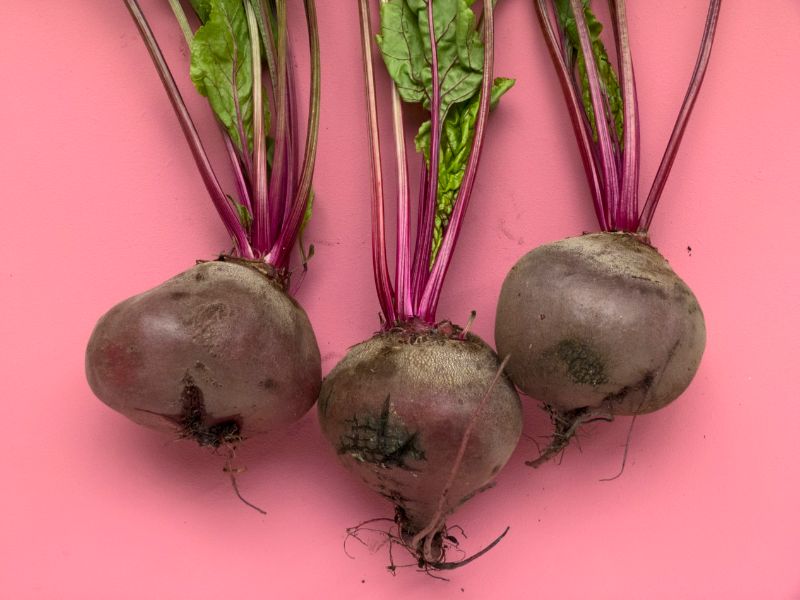 I am sure you didn’t expect to see beets on this list. One of the healthiest vegetables on the market is also on the high carb foods list. Cooked beets contain about 10% of carbs, but most of that is fiber.

And on the other hand, they are loaded with minerals, antioxidants, and vitamins. But their biggest benefit is their inorganic nitrates content. These compounds transform into nitric oxide once they enter the body, and they help to lower blood pressure. 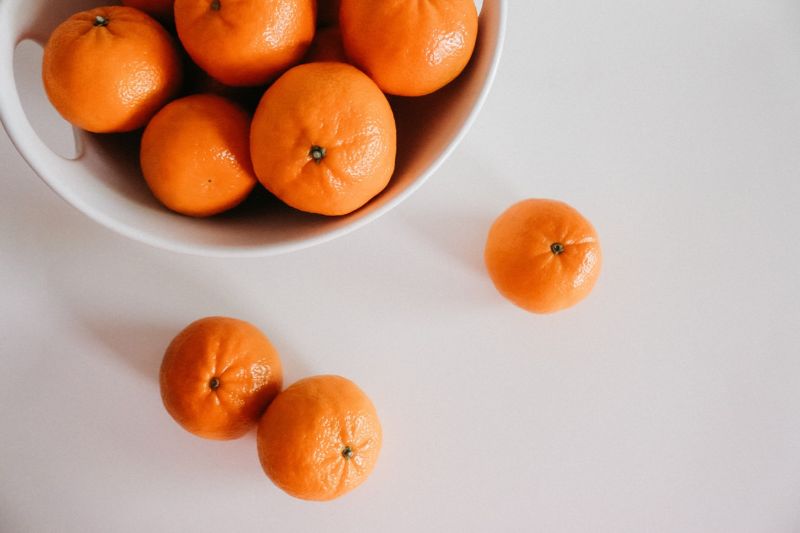 I mentioned at the beginning that oranges are high carb foods. They contain close to 12% carbs, but most of that is fiber (which is why they are healthy). Oranges are mainly made out of water, but they are also a great source of vitamin C, vitamin B, and potassium.

Most importantly, they are as good a source of citric acid as lemons and grapefruit. Consuming oranges on a regular basis helps your absorption of iron and reduces the risk of anemia.

When it comes to healthy foods, blueberries are right there at the top. They are among the best, if not the best, source of antioxidants. Blueberries are delicious fruits that we can enjoy fresh during their season, and then frozen the rest of the year. And they contain 14.5% carbs, despite being labeled as a “superfood.”

In addition to antioxidants, blueberries are rich in vitamin K, manganese, and vitamin C. 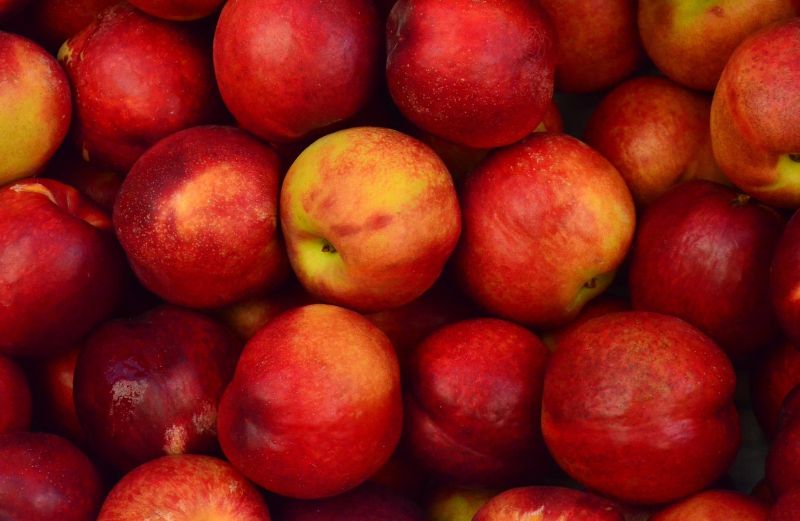 The saying “an apple per day keeps the doctor away” doesn’t look so good now, right? Wrong. Apples contain around 15% carbs, but most of that is natural sugar. And natural sugar is a carbohydrate. So, their sweet flavor is not the only reason they are on the list of healthy, high carb foods.

They contain lots of minerals in small doses, but they are a great source of vitamin C. Consuming apples helps in a number of ways, but mostly in keeping your blood sugar in check. 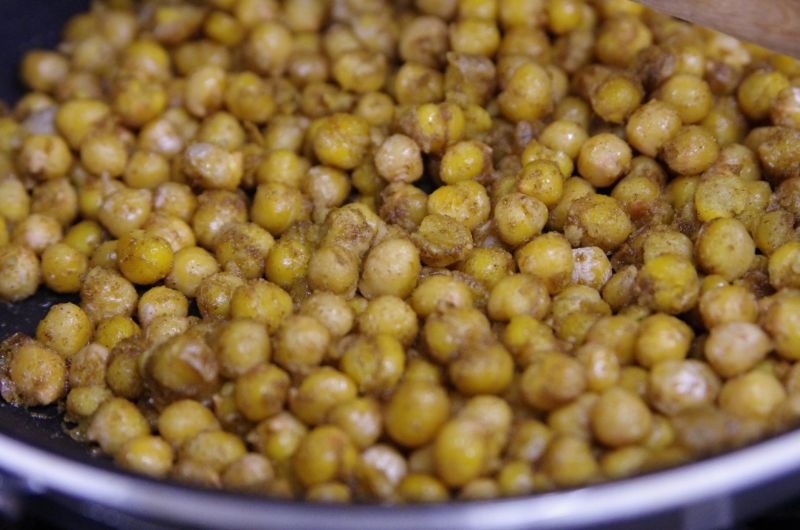 Legumes are generally considered a healthy option. And they are often cited as a great protein alternative for vegetarians and vegans. Chickpeas, for example, contain 27% carbs, but almost one-third of that is fiber. Among the minerals they contain, chickpeas are a solid source of iron and phosphorus. Some studies show they can prevent cancer, but the main benefit is that you improve your digestive health.