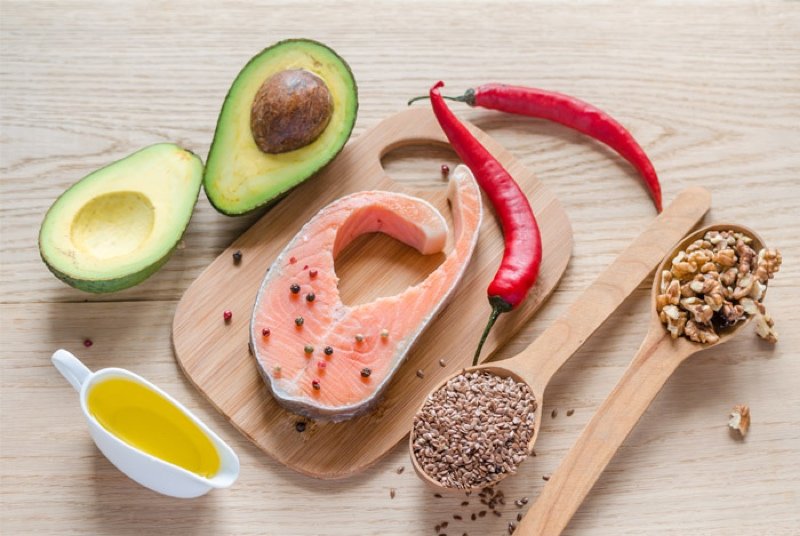 One of the biggest misconceptions people have is that “fat makes you fat.” And that is just plain wrong. In reality, “sugar makes you fat.” At one point in the past several years, fat was demonized and as a result, people started consuming more refined carbs and processed foods.

And with that, we became fatter, sicker, and just can’t get our bodies in shape. But the fact is that fat isn’t the devil everyone believes it is. In fact, there are healthy fat foods.

11 Healthy Fat Foods You Should be Eating 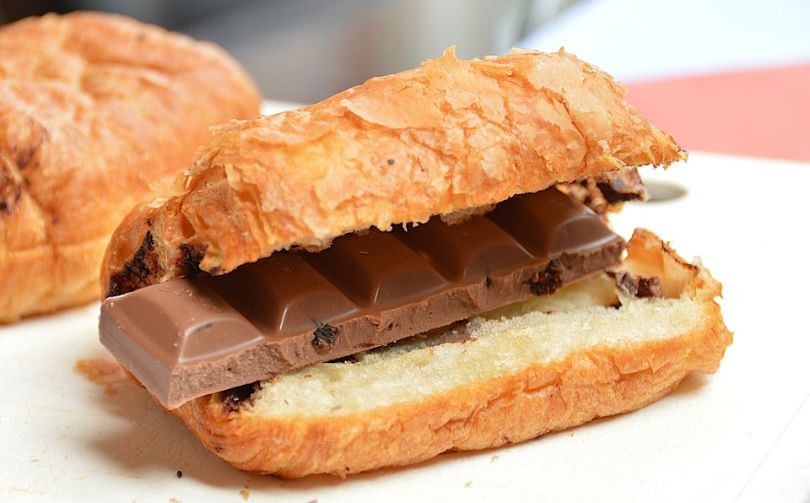 The one thing you need to understand is that there are good fats and bad fats. For example, foods rich in omega-3 fatty acids are some of the best healthy fat foods. That being said, let’s take a look at some foods that are high in fat but also extremely healthy. 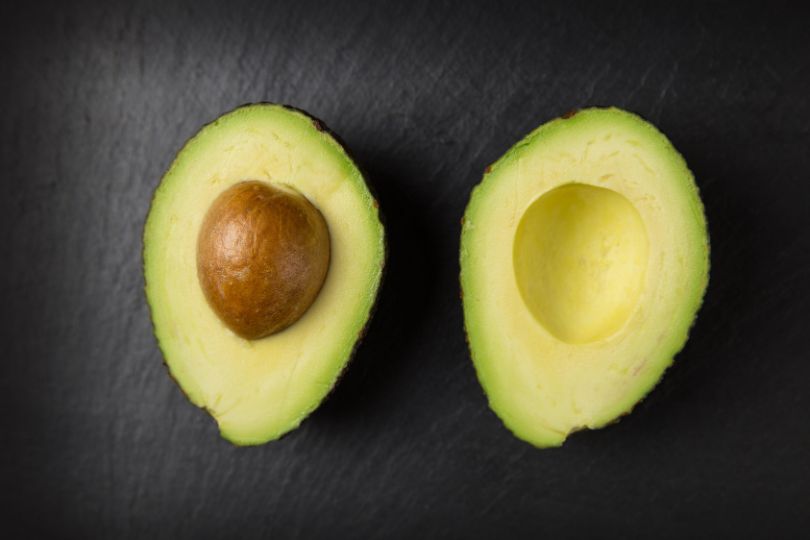 Many call the avocado one of the healthiest foods on the market, and a superfood in its own right. And think about this for a second. Unlike other fruits, avocado is primarily made out of fats.

Most fruits are made out of sugars. But avocados contain around 70% fat, making them higher in fat than animal foods. But what people don’t understand is that avocado is rich in omega-3 fatty acids.

One of them is the monounsaturated oleic acid, a fatty acid associated with many health benefits.  In addition, avocados are a great source of potassium and contain more potassium than bananas.

Last, but not least, because avocado is a great source of fibre, the fruit can lower bad cholesterol and triglycerides.

Fun fact: In Mexico, its native country, an avocado was called “fertility fruit.” That was way back in the time of the Aztecs. 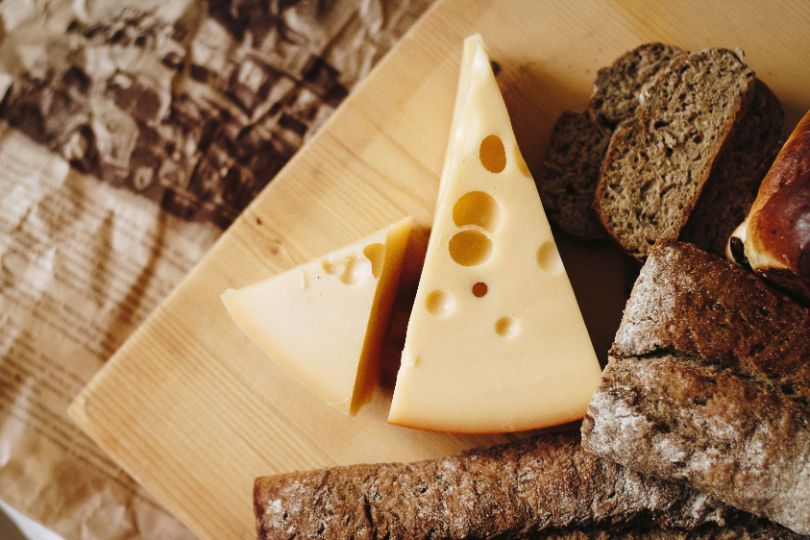 Do you know how cheese is produced? For one single thick slice of cheese, you need an entire cup of milk. Given that fact, you can understand that cheese is incredibly rich in healthy nutrients.

Yes, cheese is high in fat. However, it is also rich in calcium, selenium, phosphorus, and vitamin B12. Cheese is also a great source of protein. And most of the fatty acids found in cheese are actually beneficial for you.

When you want to get the healthiest cheese, look for Parmesan. In addition to adding great flavour to your meal, Parmesan provides one-third of the recommended daily dose of calcium.

The flavour is so bold that you need just a little Parmesan (two tablespoons for a whole meal). 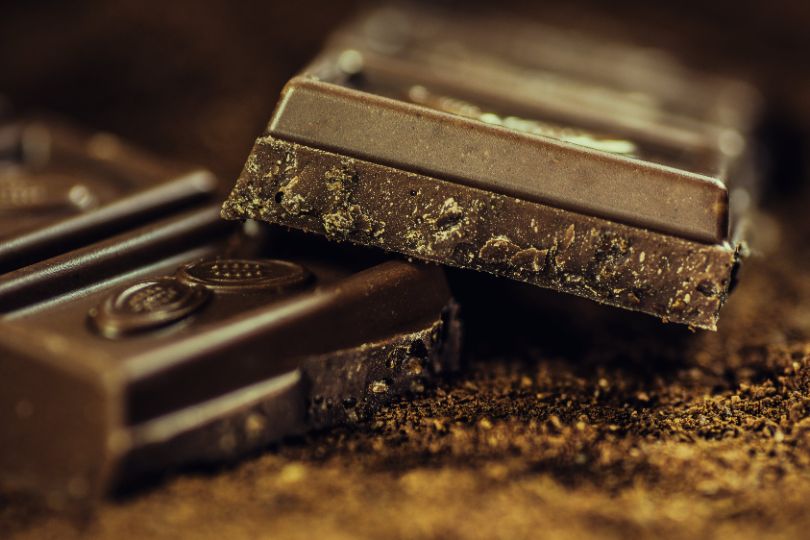 You’ll have a hard time finding healthy food that tastes incredible. I know, I know. Parmesan, avocado—they taste good as well. But who doesn’t love chocolate?

Dark chocolate is one of those “guilt foods” that are actually healthy. Yes, it is high in fat (65% of chocolate is fat). But on the other hand, dark chocolate is also 11% fibre and provides half of the daily recommended dose of iron, magnesium, and manganese.

But the best part is that dark chocolate is loaded with antioxidants. In a way, eating chocolate will make you look younger and fresher! Last, but not least, dark chocolate helps with bad cholesterol. 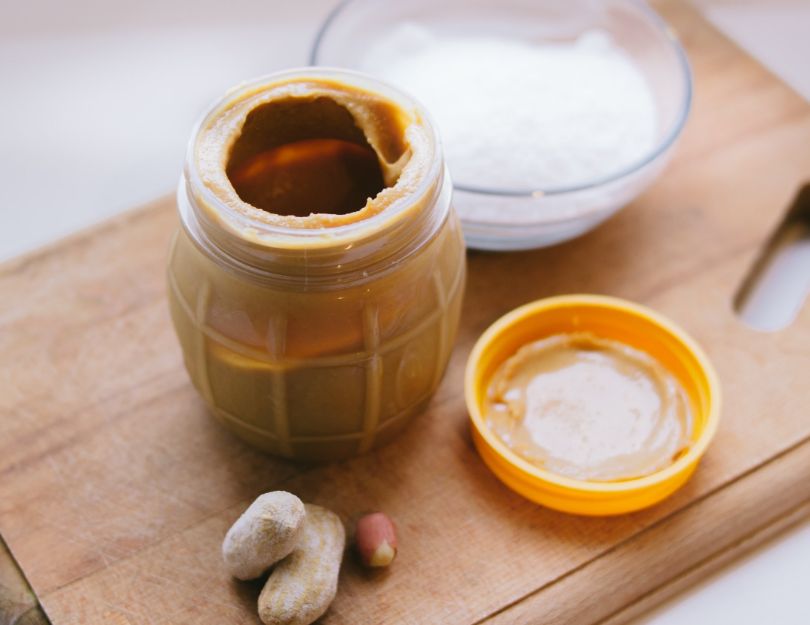 Another healthy dessert that you can consume on a daily basis is peanut butter. Truth be told, any nut butter is healthy. And when it comes to peanut butter, the best way to utilize the health benefits is in a smoothie or in a bowl of oatmeal.

And if you feel like you need a healthy snack, grab some whole grain crackers and dip them in peanut butter. The only thing to pay attention is the amount.

One tablespoon for a snack, and two tablespoons for a meal is more than enough. 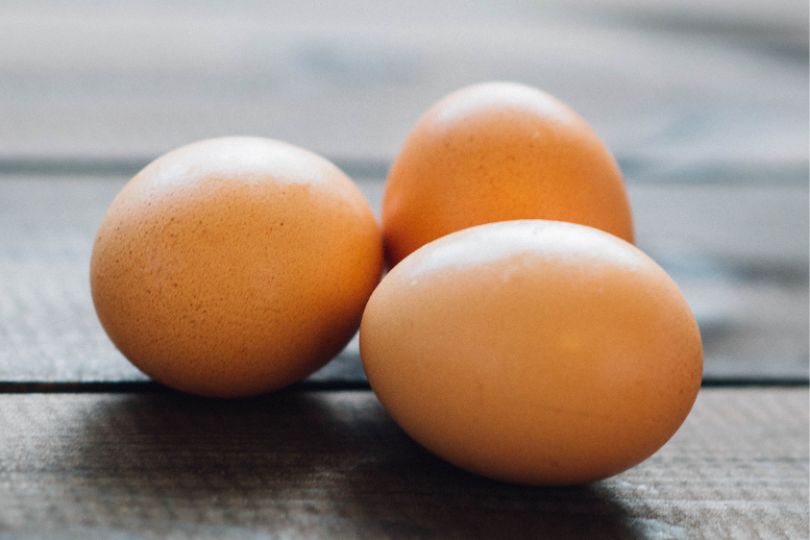 There was a time when whole eggs were considered unhealthy. The reason was the yolk is rich in cholesterol and fat. Even today, there are still some people who want to separate the yolk from the white.

But you can eat whole eggs—as long as you keep it to two per day. A single egg contains 212mg of cholesterol, which is almost half of your daily need. But some studies have shown that cholesterol in eggs doesn’t affect the cholesterol in the blood.

As a result, you are left with one of the most nutrient-dense foods on the market. Eggs contain antioxidants, vitamins, minerals, protein, and much more.

If you want to eat more eggs per day, you can always separate the yolks from whites. But I still recommend eating at least one whole egg. For example, when I am making an omelette, I use three eggs, only one of which is whole. 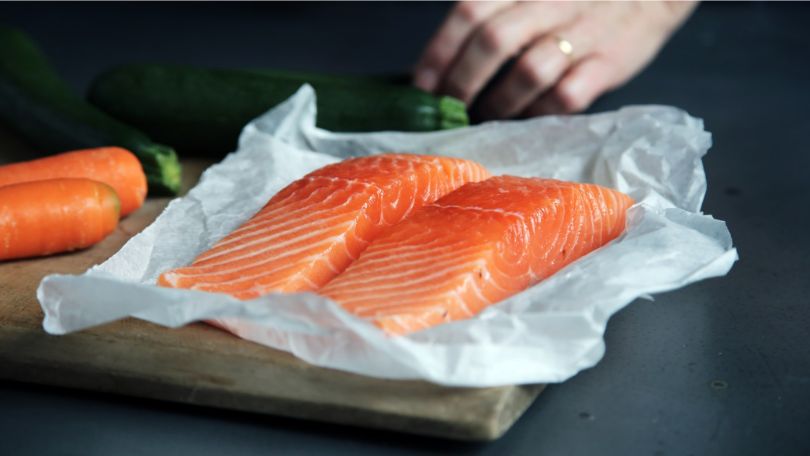 In fact, salmon is one of the metabolism boosting foods that can help you burn more fats. Consuming fish on a daily basis reduces the risk of heart disease, dementia, depression, obesity, and many other common diseases.

If you don’t like fish, at least try to get some cod liver oil. 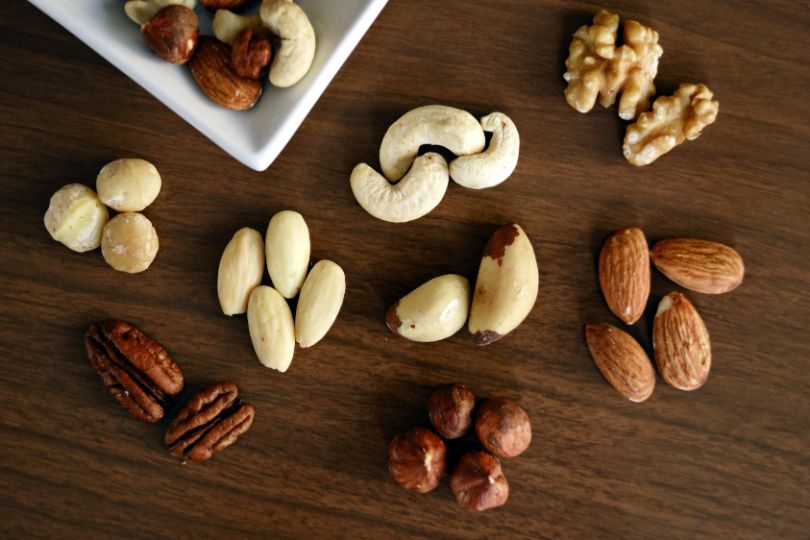 We had peanut butter on the list for one simple reason: it’s made out of nuts. All nuts are incredibly healthy. In addition to being a great source of fats, they are also loaded with fibre, magnesium, vitamin E and protein.

Most people do not get enough magnesium and vitamin E, and nuts are a great way to get them. Some of the healthiest nut choices are walnuts, almonds, and macadamia nuts.

For example, one ounce of almonds contains 6 grams of protein and 40% of the daily recommended dose of vitamin E. 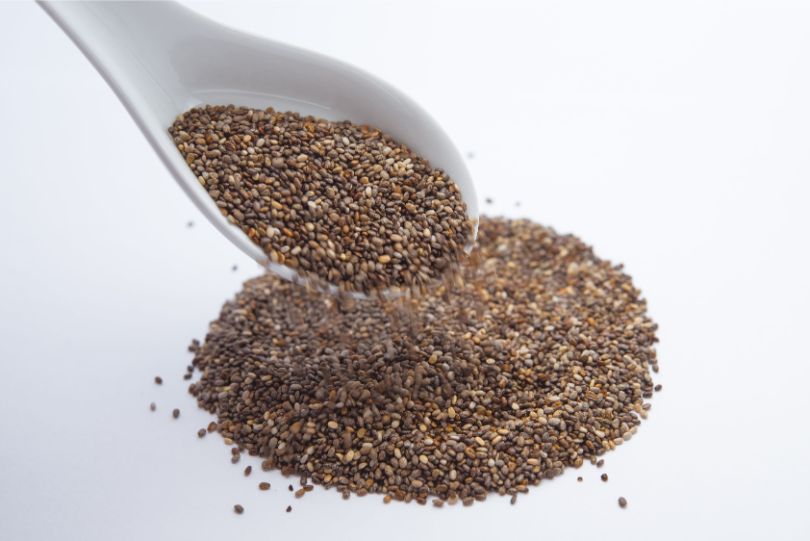 Chia seeds became the staple ingredient for a healthy meal during the past few years. And while they are not generally considered a fatty food, they do contain 9 grams of fat per ounce. In fact, most of the calories in chia seeds come from fat. When you take a look at calories, almost 80% of chia seeds is fat.

But the majority of the fats are actually omega-3 fatty acids, which are extremely healthy and beneficial for the heart. In addition to improving your heart health, chia seeds lower blood pressure and provide anti-inflammatory benefits. 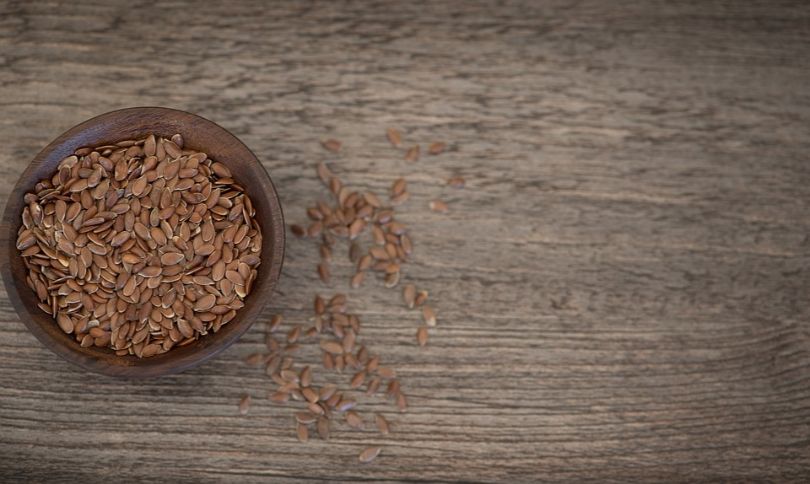 Another item on the menu that comes from seeds. These golden-bronze seeds might not be as flavorful as other seeds, like pumpkin, but they are loaded with nutrients. Flax seeds provide a slightly nutty flavour to your meals. 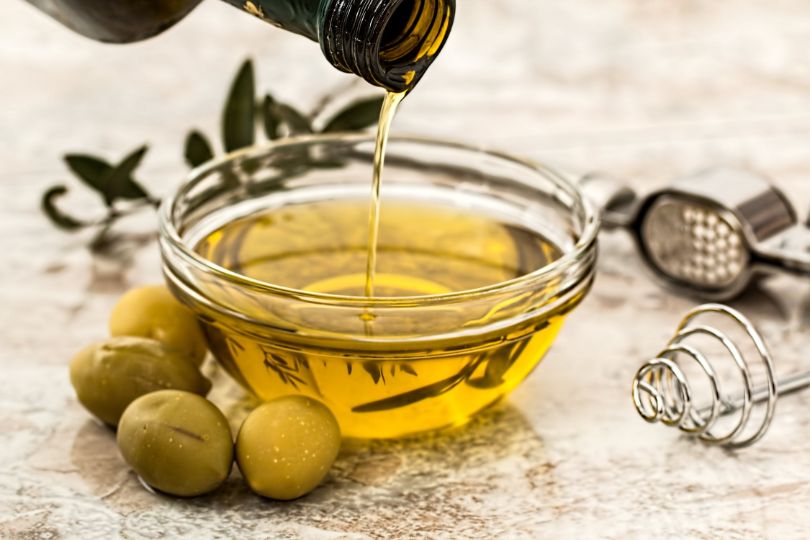 Any oil on the market contains about 14 grams of pure fat per tablespoon. But what makes the oil healthy or not is the type of fat. For example, olive oil is high in monounsaturated fat, which lowers cholesterol.

A staple in the Mediterranean diet, olive oil is also loaded with antioxidants that fight inflammation. 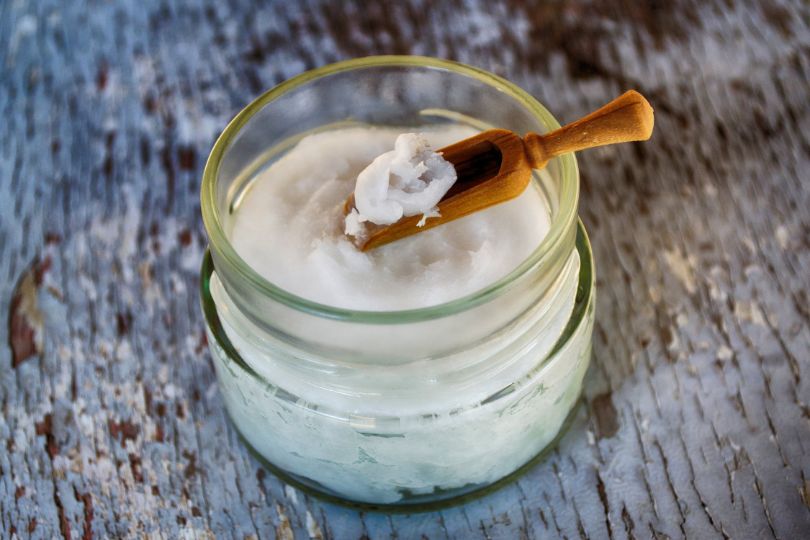 Whether you consume coconuts or coconut oil, both are extremely healthy. Raw coconuts are hard to find, but you can find coconut oil in almost any store. Coconut oil is one of the richest sources of saturated fat.

The populations that consume large amounts of coconut have the lowest levels of heart diseases. The fats in coconut oil are metabolized differently, as they go straight to the liver, where they are turned into ketone bodies. That way, they reduce appetite and increase the fat burning rate.

Here’s what you should read next: Low Cholesterol Diet 101: How to Lower Cholesterol Naturally