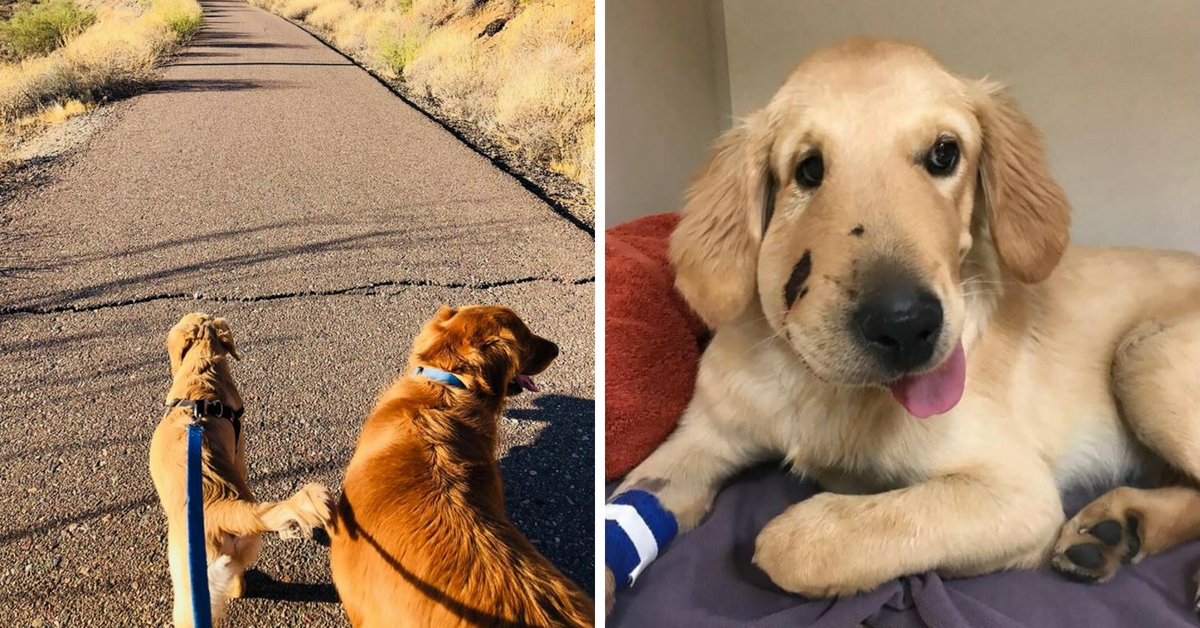 Dogs aren’t just man’s best friend. Sometimes they are our saviour. A golden retriever in Anthem, Arizona is winning the internet after pulling off a heroic stunt to keep his owner from danger.

From Zero to Hero

In a heartfelt Facebook post last Friday, Paula Godwin, the owner of the puppy, recalled how his pet named Todd saved her from being bitten by a rattlesnake.

While she was walking the down road along with his two dogs, Godwin almost stepped into something in front of her path. She then found out that it was an actual rattlesnake about to retaliate.

Just when the snake was about to counter and aim at Godwin’s leg, the golden retriever, Todd, came to the rescue. The puppy jumped in front of Godwin to block her from the snake bite.

In the end, it was Todd who got bitten in the face while Paula came out unscathed.

“So this morning was up bright and early to go on a hike on 7th street carefree . It was a beautiful morning but as we were walking down the hill I literally almost stepped on a mf rattlesnake. But my hero of a puppy Todd saved me He jumped right in front of my leg were I surely would have got bit.”

Godwin hailed Todd as her hero as he saved her from a venomous and dangerous bite.

She then ended her post asking netizens to say a prayer for the fast recovery of Todd.

After getting bitten in the face, Todd was weeping in dire pain. The right side of his face has begun swelling. And from the looks of it, the venom has quickly and gravely affected the dog.

But the good thing is Godwin was able to bring him to a near animal hospital. This is where the veterinarian injected an antivenom shot and monitored him for the rest of the day.

It could have been an unfortunate event for Godwin but her puppy Todd was courageous enough to salvage her from the worse.

Rattlesnakes normally bite when they are threatened. Although they are not as deadly as compared to other snakes, their bites can result in numbness, pain, and blurred vision.

In another post, Godwin gave an update on Todd’s status.

“My sweet Todd for sure is my hero. He is recovering so well. I feel I have to say that the man upstairs surely is watching out for me, too.”

Indeed, Todd is a legit hero!