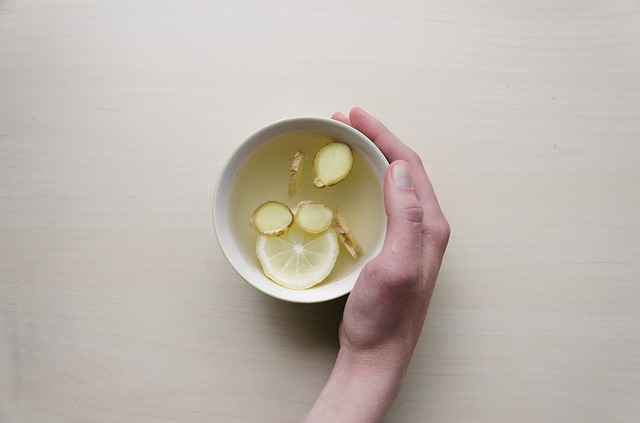 “You are what you eat” – we’ve all heard it before. Now, we’re not going to turn into a giant ice cream cone if we eat loads of ice cream. But if we have too much sugar, our body will respond accordingly. This is why it is so important to make healthy food choices. Whether we actually do it or not, we all know that eating a balanced diet of fruits and vegetables is important. But we can also intake medicinal properties through our drinks. One of our favourite medicinal drinks is Ginger Turmeric Tea.

Not only is tea delicious and relaxing, but it can also benefit our health in numerous ways. Will a cup a day keep the doctor away? We’re not sure. But what we are sure of is that a cup of Ginger Turmeric Tea every day can definitely provide your body with numerous health benefits. To learn more, let’s break down the components in the tea; Ginger and Turmeric.

Ginger is a popular ingredient used in cooking. It’s derived from a flowering plant that is native to Southern Asia. It gives off a hot and spicy flavour, and you most commonly find it in Indian and Asian dishes. And while it does add delicious flavour to any dish, it is also recognized for its medicinal purposes. For thousands of years people have used Ginger to help relieve nausea and motion sickness. It has also been known to benefit during loss of appetite, and during times of pain. It is also a popular folk remedy for diarrhoea and gas, as well as cold and respiratory issues.

Turmeric actually belongs to the ginger family and, like ginger, people have used it for thousands of years in the Middle East and Eastern India. Turmeric comes from a root that’s boiled, dried, and ground. Once ground it takes on a yellow-orange colour and a peppery-like flavour. It is extremely popular in curry dishes.

In addition to cooking, turmeric takes on many different uses. Many people use turmeric as a dye due to it’s strong pigmentation. And in Indian wedding culture, turmeric is often used as a remedy to soften the skin. In terms of health, turmeric is thought to aide in digestion, reduce gas and bloating, and decrease symptoms of congestion. It is also seen as a powerful anti-inflammatory, providing relief from joint pain and swelling. It may also prove effective in helping to treat bowel diseases, improve liver function, and prevent Alzheimers disease.

One and One Makes Two

Ginger and Turmeric each have their own amazing health benefits. But did you know that they actually work better together? When the phytochemicals within each of the spices interact with one another, they actually become more potent.

Not only that, but ginger actually contains gingerols. These are compounds that act as bioenhancers. In other words, they are compounds that aide your digestive system in absorbing other compounds. So ginger can actually help you to absorb components of turmeric (like curcumin) that may not be well absorbed on their own.

So when you put it all together, what health benefits do you get from Ginger Turmeric Tea?

Remember how we said Turmeric was commonly used in Indian wedding ceremonies to help soften the skin? Well it actually holds many other skincare benefits as well. In fact, turmeric holds a variety of antibacterial properties that help to fight against acne. It also holds anti-inflammatory properties that can help to ease irritation and redness. And since your relaxing with a nice hot tea anyways, why not make your own turmeric face mask too? Alternatively, try rose tea for similar effects.

While more studies still need to be conducted, researchers have found that curcumin (found in turmeric) may actually help to extend lifespan. Scientists conducted studies on fruit flies and mice. In fruit flies, those treated with curcumin lived 25% longer than those who were not. In mice, those treated with curcumin lived approximately 10% longer than those who were not. While the exact reasons for this are unknown, it’s thought that it could be related to curcumin’s ability to produce detoxifying enzymes and anti-inflammatory compounds.

Curcumin, again, may also hold anti-depressant properties. In one study, animals that received a curcumin treatment  showed decreased levels of oxidative stress in comparison with those who were not treated. Another study in India tested 60 volunteers battling major depressive disorder. Results were positive, suggesting that curcumin could actually hold a similar effect to the drug Prozac – but without all of the unwanted side effects.

As mentioned above, turmeric is thought to hold several anti-inflammatory properties. So does ginger. In fact, one study found that turmeric could actually hold just as much anti-inflammatory power as popular drugs like aspirin and ibuprofen. A similar tea with similar properties is peppermint, so if you don’t like ginger, try peppermint tea for fevers and inflammation instead!

Check another one off the list for turmeric – studies have found that it can help to lower blood sugar levels too. And, in fact, it may do so better than common diabetic drugs. But as a word of caution – don’t mix ginger turmeric tea with diabetic medication until you speak to your doctor first! You don’t want to lower your blood sugar levels more than needed.

7) It fights against Cancer

We all hate the “C” word. And we should take serious consideration to anything that we can do to prevent it from happening to us. One study in the British Journal of Cancer found that ginger and turmeric, when combined together, can actually work to inhibit the growth of tumors.

Of course, these are just a few of the many health benefits that ginger and turmeric hold when combined together. Other benefits include: 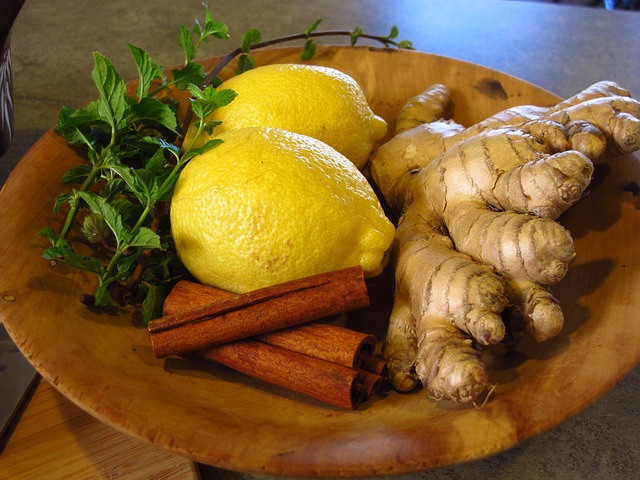 First, boil your water. Then, slowly add 2 teaspoons of turmeric and 1 teaspoon of ginger. Mix thoroughly and make sure ginger has not settled at the bottom. Finally, add some honey, stevia, or sweetener of your choice. For a creamier version you can use milk instead of water. And enjoy!

It’s really that easy to reap all of the health benefits of ginger and turmeric! But remember, always ask your doctor about ginger turmeric tea if you are already on prescription medications. They can interact with some medications, so better safe than sorry.