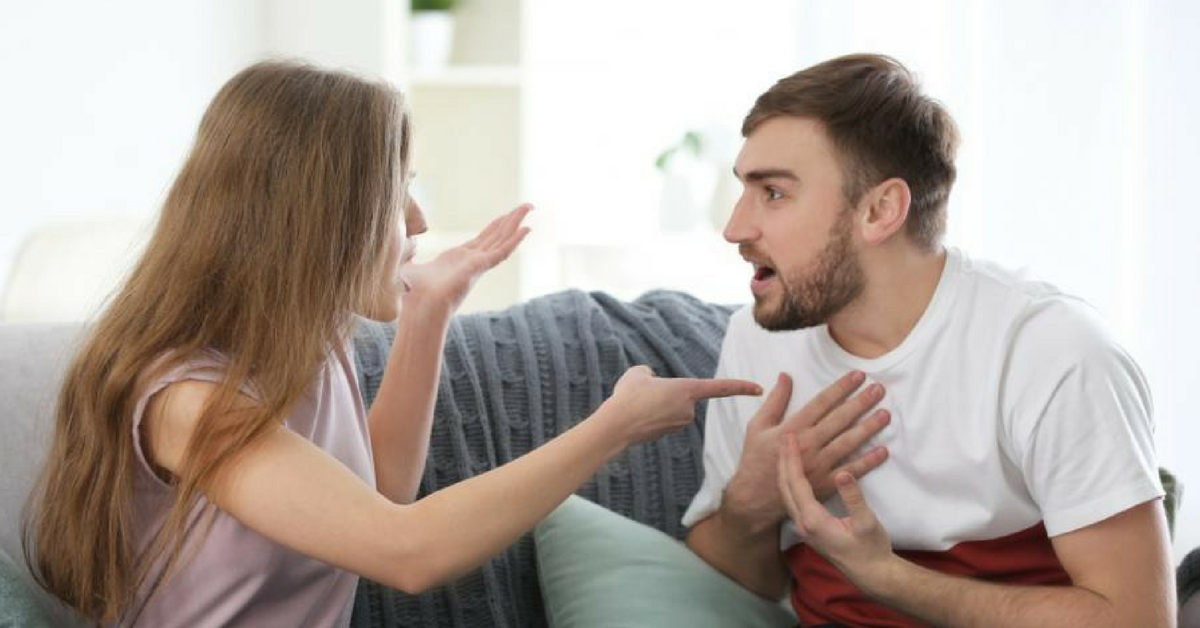 Men and women came from different planets but they cannot live on a planet without one another. This was actually the irony God made that led to human’s survival until today.

Laugh at these 20 hilariously accurate contrasts between men and women that makes them perfectly complementary.

Disclaimer: The illustrations displayed on this article belong to life style blog site Bright Side. 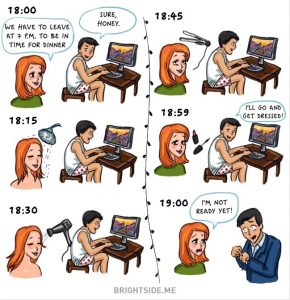 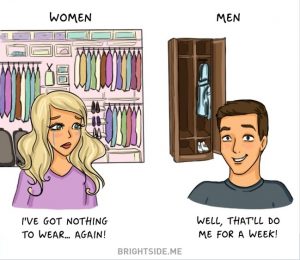 Women also love dressing up. They have all kinds of clothes for any occasion, except they have nothing to wear every day. As ironic as it may sound, that’s how it goes for most of them.

Men, well, if they have a plain pair, they can survive a lifetime.

3. Seeing Themselves in the Mirror 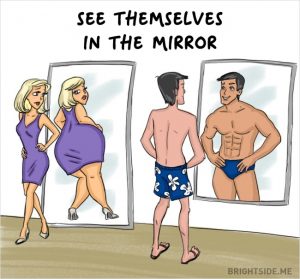 After all the high-maintenance efforts for women, a lot of them still thinks a little belly makes them plus-sized.

Men on the other hand, tend to have higher self-confidence despite of how they look. Thanks to our twisted societal standards.

Women are naturally organized since they own the role of keeping a home. Although this norm comes in different shapes at present, a woman’s soul is almost tied to keeping everything clean.

Contrariwise, men tend to care less about maintaining a neat room because mom will do the cleaning anyway. 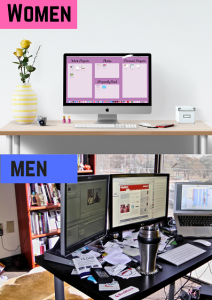 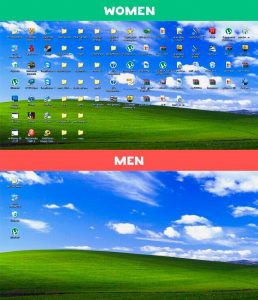 A woman’s desk is as organized as a man’s computer desktop. Men always like to keep things simple, but not clean. 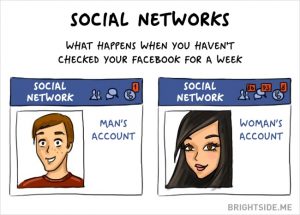 Men’s usual careless attitude is dragged up to their social media accounts. Although men and women’s social media activity do not highly differ in level, women tend to express themselves more on these platforms.

If you laughed hard on this illustration, please know that there is no exaggeration made. Men can turn anything into a shampoo if that is what is available in the shower. 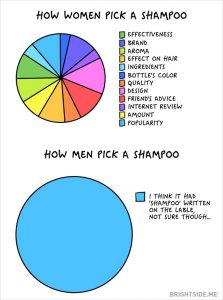 Women are instinctively meticulous. Men, as earlier mentioned, hate complicating day to day activities. To the point of confusing themselves with how “shampoo” is correctly spelled. 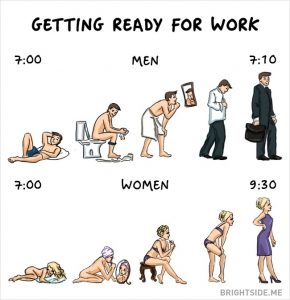 Except from a woman’s high self-maintenance activities in the morning, the dancing and singing sessions in front of the mirror prolongs the preparation.

Men do not prepare fast though, they just wake up late. 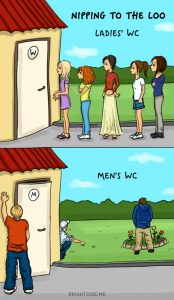 It is ironic that men who can pee without a toilet have shorter restroom queues compared to women. Thanks to population and biology.

10. Packing things for a trip 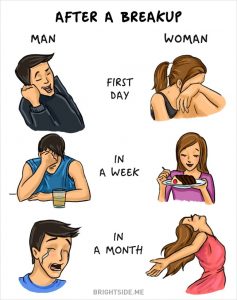 Some boys tend to make decisions they regret the time women make theirs. That is giving up and moving on respectively. 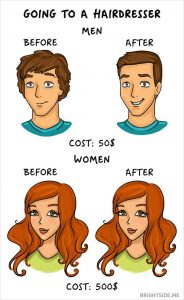 Women spend a lot trying to make themselves a little better. Men spend a dime to look different. 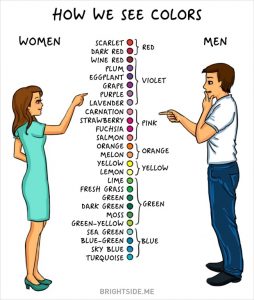 They are obviously looking at colors of clothes. 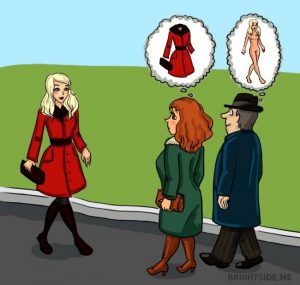 Women love clothes on other women. 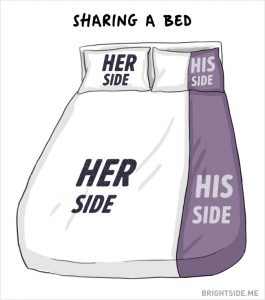 This is why women has to fix the bed every morning. She ruins most of it at night. 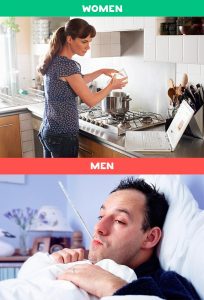 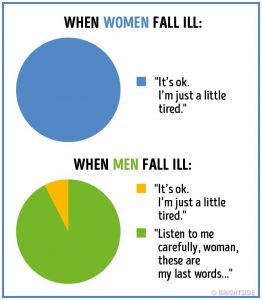 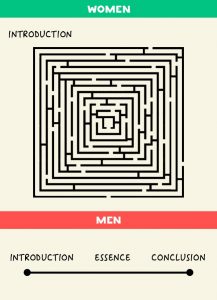 Women tell stories longer, and they have more stories. Imagine how much of it men endure.

18. How Men and Women Shower 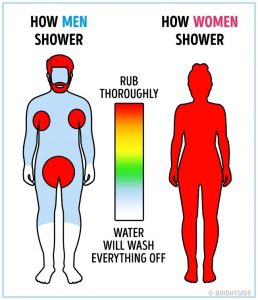 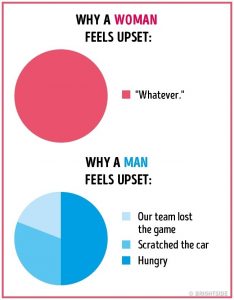 Women’s moods are easier to predict. Its just everything and whatever in one. 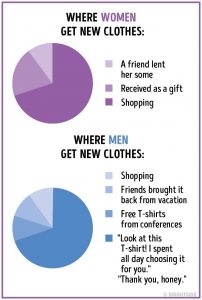 Men obviously get a lot of shirts.. unintentionally. 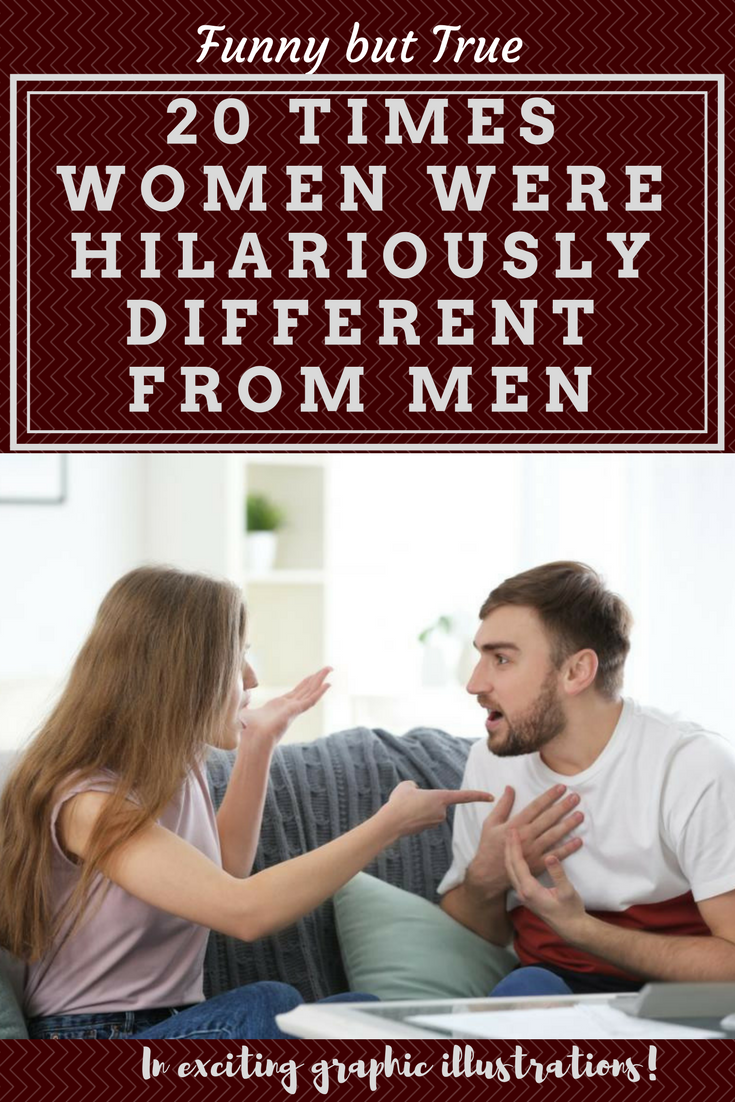