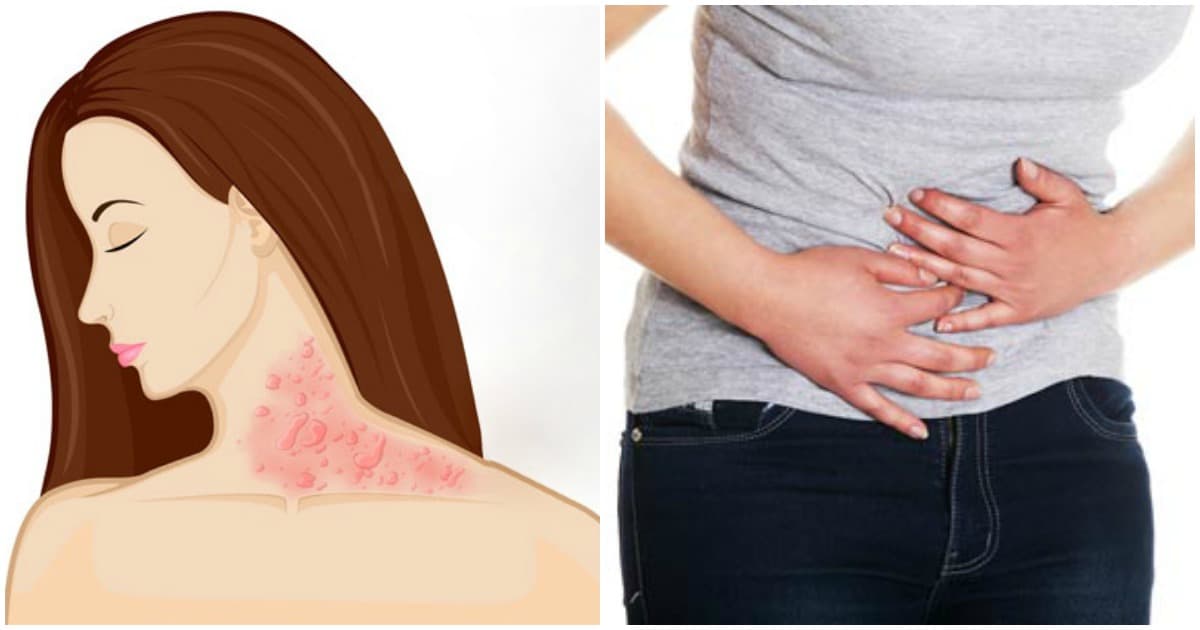 It’s critical that you learn about food allergy symptoms so that you are prepared if the emergency arises. In addition, you should test yourself to see if you are allergic to any food. Recognizing the symptoms will help not only you, but also those around you. If you notice any of the symptoms, you’ll be better prepared to react.

Difference between a food allergy and intolerance to food

The main difference is in the reaction and what causes the symptoms. With a food allergy, your immune system sends a response to a food protein, triggering your body into an allergic reaction. As we’ll see later on, symptoms of food allergy can include swelling, vomiting, diarrhea, hives, nausea, and others. In some cases, you might experience life-threatening symptoms, like anaphylaxis. Eight foods account for 90% of all the known food allergies: eggs, milk, peanuts, tree nuts, wheat, soy, fish, and shellfish.

Another difference is the symptoms that manifest. Symptoms of food intolerance are often vague and include gastrointestinal problems like bloating, diarrhea, nausea, indigestion. The condition can often mimic symptoms of other medical conditions.

With that in mind, let’s look at the symptoms of food allergies. Knowing these symptoms, and how they manifest, is crucial.

Vomiting is one of the first symptoms of a food allergy. Bear in mind, it can also be a symptom of food intolerance, especially when the food in question is gluten. To determine whether it’s an allergy or intolerance symptom, pay attention to when you vomit. If you vomit just seconds or minutes after eating, it’s most definitely an allergy. It’s recommended that you visit an allergist. If the vomiting is accompanied by other symptoms (like a rash), call 911. Don’t hesitate, as you’ll need to get an epinephrine injection.

Another symptom that’s closely related to the way we digest food is trouble swallowing (this symptom is also called dysphagia, but that’s just a fancy medical term for saying you experience difficulty swallowing food). It might be a problem with your throat, but the reason why you have the problem is that the muscular tube that moves foods and liquids from the mouth to the stomach is affected. Should this symptom arise, you should administer epinephrine immediately and call 911.

The three symptoms that go hand in hand are coughing, wheezing, and shortness of breath. All of them are linked to your throat and how it reacts to the foods you are allergic to. And bear in mind, while these three seem harmless, they can be quite dangerous symptoms of a food allergy. If the cough is repetitive, you should use epinephrine. Usually, coughing is accompanied by a stomachache.

Swelling of the tongue

Swelling should be taken seriously, as it’s one of the more severe symptoms of a food allergy. The swelling can spread to the throat and completely obstruct the airway. If you don’t react quickly, you might be unable to speak or breathe shortly after the symptoms arise. Make sure to call the ER and react accordingly.

As we’ve seen, there are many food allergy symptoms that hamper the way your body functions. One thing that happens during a food allergy attack is your body doesn’t get enough oxygen. You simply can’t breathe properly, as we learned earlier. The result is pale or blue skin, a condition also known as cyanosis. It’s caused when the tissues near the skin’s surface don’t have enough oxygen.

If your pulse is weak, the symptoms of your food allergy have gone from mild to severe. The condition should be addressed immediately.

As mentioned at the beginning, one of the more severe symptoms of food allergy is hives. Usually, whenever some of the mild symptoms (like vomiting and coughing) are accompanied by rashes and hives, the condition is severe, and it’s advisable that you administer epinephrine immediately.

This symptom requires its own section, as it’s one of the more severe and possibly life-threatening symptoms of a food allergy. It can come within seconds of exposure to the trigger food. Anaphylaxis can be fatal, and requires an immediate injection of epinephrine.

If someone you know experiences an anaphylactic shock, call the ER immediately, and mention that the person has anaphylaxis. Remove any trigger if possible, and lay the person down flat (assuming they are not unconscious, pregnant, or experiencing breathing difficulties). Usually, a person with food allergies carries an adrenaline auto-injector with him/her. If the person is experiencing anaphylactic shock, use the injector, and give another one after 5-15 minutes if the symptoms don’t improve.

To prevent anaphylaxis, it’s important to identify your triggers, avoid them whenever possible, and always carry an adrenaline auto-injector with you. The last one can potentially save your life.