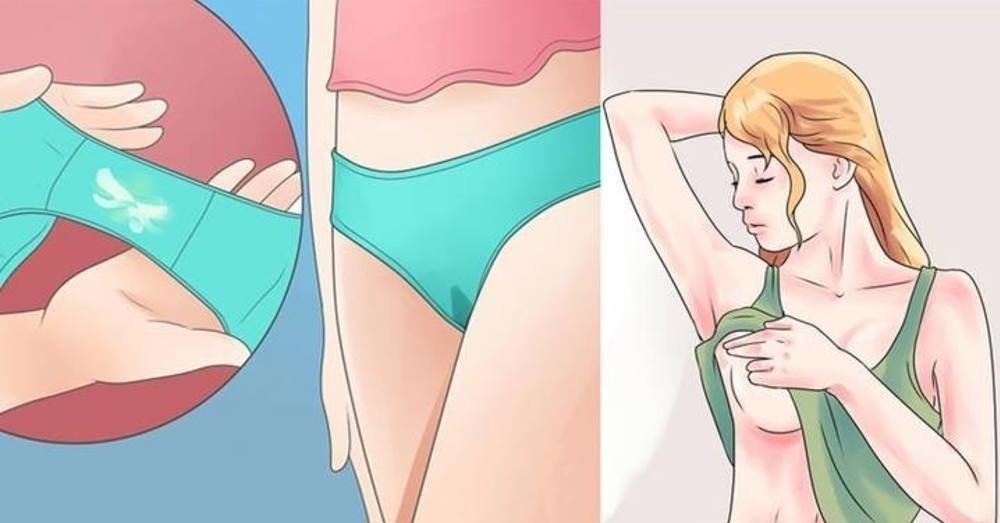 Almost everyone knows that pregnancy equals nausea and vomiting. Those two, along with morning sickness, are not just the early signs of pregnancy, but also symptoms that will follow you throughout the entire pregnancy. But those are just two of the early signs.

Truth be told, women usually know when they are pregnant. In most cases, women are actually trying to get pregnant, and if their period is late just few days, they always sound the alarm. Taking the pregnancy test is an easy way to know whether you’re carrying a baby inside your belly or not. But before you get to the pregnancy test, let’s check some of the early signs of pregnancy your body is sending to you. 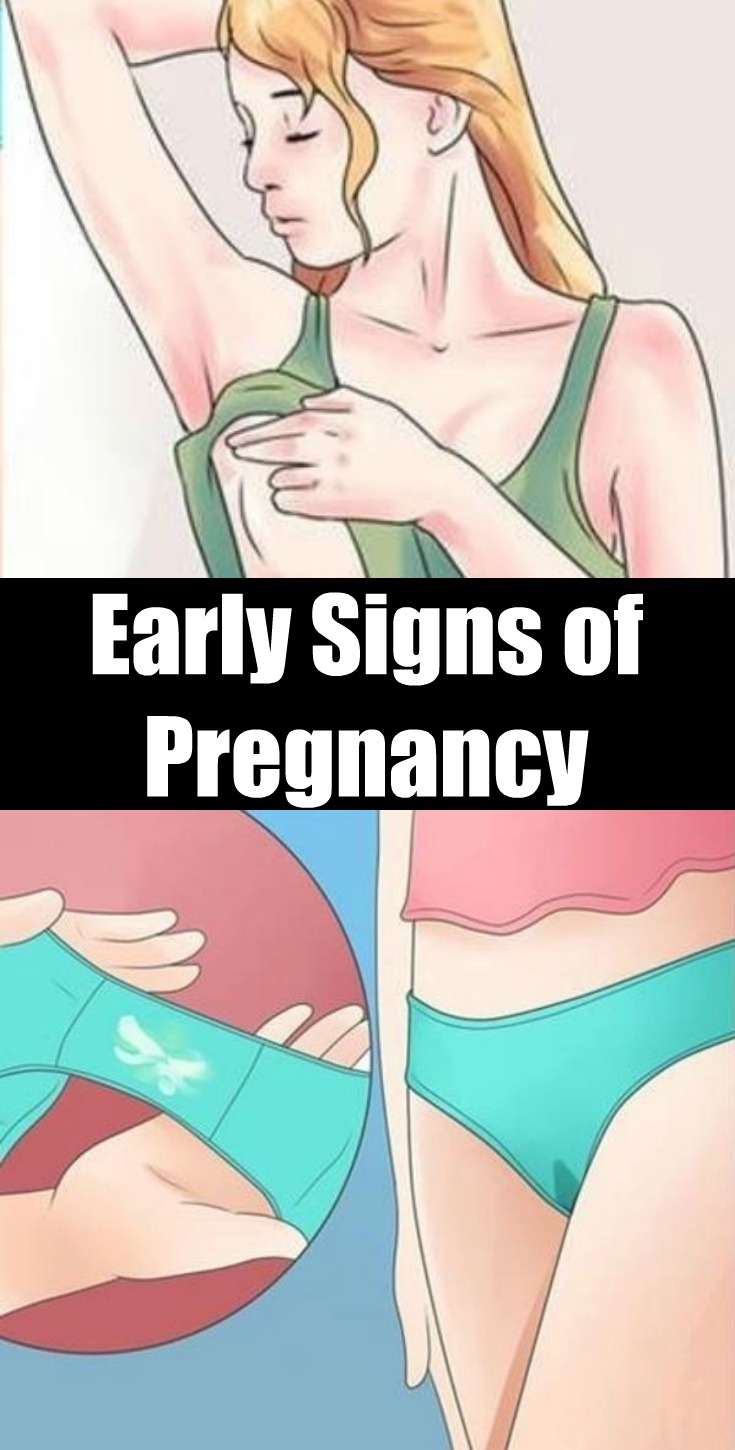 Pregnant women can’t eat everything. I had a colleague who hated ice cream during pregnancy (fun fact: before that, she loved ice cream!). It’s common for pregnant women to feel repelled by the smell of some foods. Usually, that applies to certain aromas, such as a cup of coffee and the smell of a fresh new pizza in the oven. In addition, they can be repelled by some perfumes. For guys out there: if your lady wants you to buy a new cologne, go get it. Chances are, you might be looking for a new scent.

Pregnant women have a super power, and it’s called super smell. The garbage can sure make you gag. You’ll notice an increased sensitivity (and perhaps repulsion) to certain odors. Don’t worry—that will pass once you deliver the baby. But in the meantime, it means you probably have a bun in the oven.

In the early stages of pregnancy, women are exhausted because their body works in a different way. For starters, the new embryo is feeding off their body. Because of that, you might feel a shortness of breath. Suddenly, simple exercises look a lot different. Going up the stairs might feel like climbing Mount Everest. Because the fetus needs oxygen, you’re left with a little less oxygen than before. This is also another symptom that will continue throughout your entire pregnancy: as the baby grows, it will put pressure on your lungs.

One day, you just can’t fit in your jeans. And yes, you have gained a pound or two. But the bigger cause is bloating (you might feel puffy). Extra progesterone slows down the digestive system, and you can’t process food as you used to.

I haven’t gone through pregnancy with my lady yet. But I’ve talked to some guys (and girls), and they all say that pregnancy is like constant PMS. And that means mood swings. A lot of them. Hormonal imbalances and hormonal changes are guilty of that. The same way hormones affect your mood during PMS, they do it during pregnancy as well. Some future moms experience emotions they’ve never felt before. Usually, these emotions manifest during simple daily responsibilities—suddenly, you can’t cope with them, and you start feeling helpless and hopeless.

There are several early signs of pregnancy that are closely linked to hormonal changes. Frequent urination is another one of them. Due to changes to your hormones, there are lots of different processes happening in your body. One of them is an increased rate of blood flow through the kidneys. Your bladder fills faster, and you need to pee more often.

And the bad news is that as your pregnancy progresses, urination will become even more frequent. During pregnancy, your blood volume will rise dramatically, and you’ll have even more fluids for flushing and processing. Some people like to say that “frequent urination is the most infamous symptom of pregnancy.”

We talked about shortness of breath being one of the early signs of pregnancy. As a result, you’ll also feel fatigued and tired. And it will happen all of a sudden. There’s no clear explanation as to why you feel exhausted during pregnancy. Some say it’s due to that hormonal change and extra progesterone. But when you have to urinate every 30 minutes or so (plus morning sickness), you have quite a few reasons to be tired.

But there is a light at the end of the tunnel. Your fatigue will go away as you progress in your pregnancy, and you’ll feel more energetic in the second trimester. But later in the pregnancy, the fatigue will come back to haunt you. After all, you’re carrying a lot more weight now!

As you progress through your pregnancy, your back pain will become harder and harder to handle and cope with. The pain starts in the lower back, as you put more pressure on your body. Your ligaments are loosening. And the more weight you put on, the bigger the pain will be. Simply put, your center of gravity is shifting and your posture changes.

If you thought PMS cramping was bad, pregnancy cramping will throw you out of the bus. Your body is changing to welcome the baby. And part of that body change is your uterus is stretching. You do need to get ready to deliver the baby, right?

A colleague of mine told me that when she was pregnant “putting a bra on felt like mild torture.” And I believed her. A common pregnancy symptom is swollen and sensitive breasts. It all comes back to the change and increased levels of some hormones. Think of how your breasts feel during your period. During pregnancy, that feeling will be exaggerated.

The good news is that after the first trimester, the pain will be gone. Your body will adjust to the hormonal changes, and some of the early signs of pregnancy will disappear.

Yes, when you’re pregnant, you don’t get your period. So some women think that light bleeding is actually their period, but this is usually just “implantation bleeding.” The fancy term means that your body is preparing for a baby, and the fertilized egg is settling into the uterus. This light bleeding, or spotting, will appear just at the time of your regular period.

Also worth noting: some women might experience light bleeding during the first trimester. In most cases, there is no cause for panic. However, if your bleeding is severe and accompanied by pain, it might be a sign of an ectopic pregnancy or miscarriage.

Nausea, morning sickness, vomiting, shortness of breath, cramps, mood swings—they all also cause other symptoms: migraines and headaches. With so many problems and pain felt throughout your entire body, it’s normal for your head to start exploding from pain.

Some women want to chart their basal body temperature. The moment you see that the temperature has started rising, it means you’re pregnant.

Easily the best indicator of pregnancy. Women start thinking about pregnancy if their period is just a few days late. So if you miss your period, it’s time to take the pregnancy test. And a positive pregnancy test is your last sign that you’re carrying a baby in your belly.