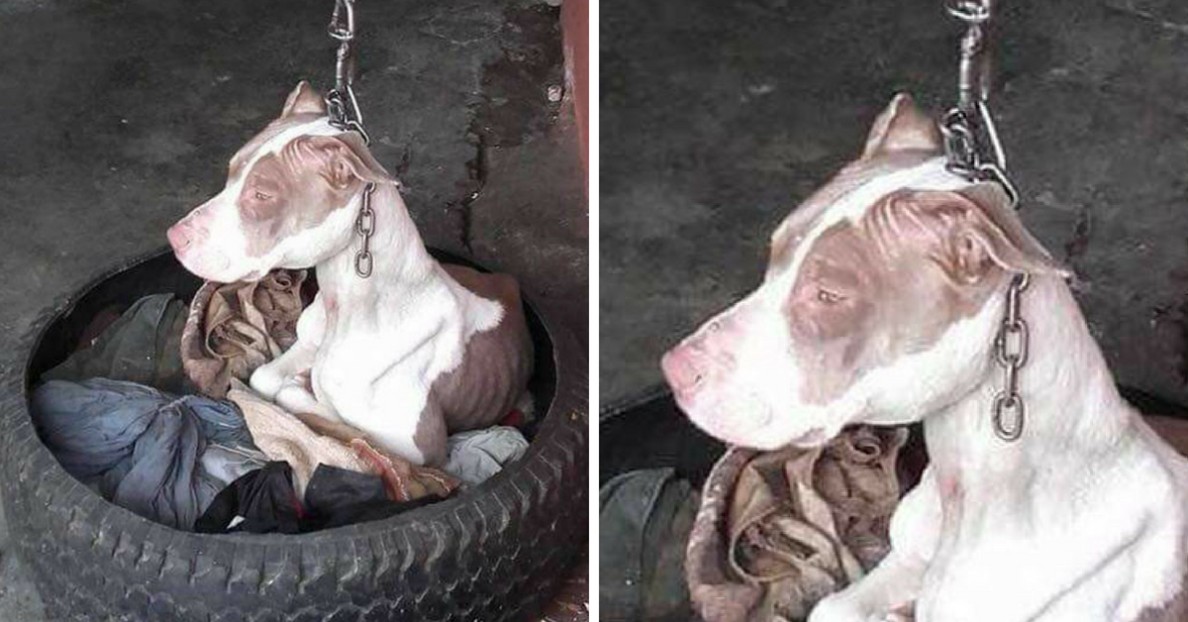 We can see a lot of people who treat dogs as part of their families. They are giving them enough nutrition, medical attention, care and love. Despite this, there are still some remaining human beings who are inconsiderate of animals’ welfare, treating them as mere unattended property.

Cala, the guard-dog of a mechanic in San Jose, Costa Rica, unfortunately, got subjected to such kind of animal cruelty. For many years, she was chained up on a chain so short she can’t even rest her head for a second or breathe normally.

Aside from enduring this condition for years, Cala’s owner hadn’t even brought her to the vet when she’s sick. Worse, he rarely fed her. This sweet creature never deserves any of these.

Thankfully, there are more people who acknowledge animal rights compared to those. The mechanic’s concerned neighbours witnessed Cala’s condition and reported the abuse to the police and animal shelter Territorio de Zaguates.

Robbed of its dignity and ready to give up

Finally, the animal organization was able to rescue the poor pup from her suffering. They immediately provided the medical needs and care she needed to recover.

“The picture I first saw of her showed a pitiful creature robbed of its dignity and ready to give up — a dog whose spirit had been broken and was just waiting for the end to come while living a never-ending nightmare.”

Battle described Cala’s healing process as a slow one, saying:

“The humans around her still had to cause her pain through the curing of her wounds, especially the gash in her neck caused by years of hanging from a tight metal chain around her neck.”

Another Threat to Her Life

Even after getting rescued and cured, Cala again encountered an incident of animal abuse at the hands of humans. In June, some people snuck into the shelter in an attempt to food poison dogs with contaminated sausages.

Sadly, 16 of them died, excluding Cala although she suffered some neurological problems. Battle said she was able to survive partly because of her size.

Today, Cala is happily enjoying her days with a foster family while learning to get along with new humans and other dogs.

“After years of neglect, torture, and imprisonment, Cala seems to be getting all the puppy misbehaving process out of her system and we all think that’s just fine. She is happy, strong, willful, a bit stubborn, and spoiled by her foster mom and family.”

“This rescue is an epic battle of good against bad and of hate against love, and in the end, as it always does, love wins.”

Look at how strong Cala is in these photos, enduring all the challenges of recovering from her nightmare: