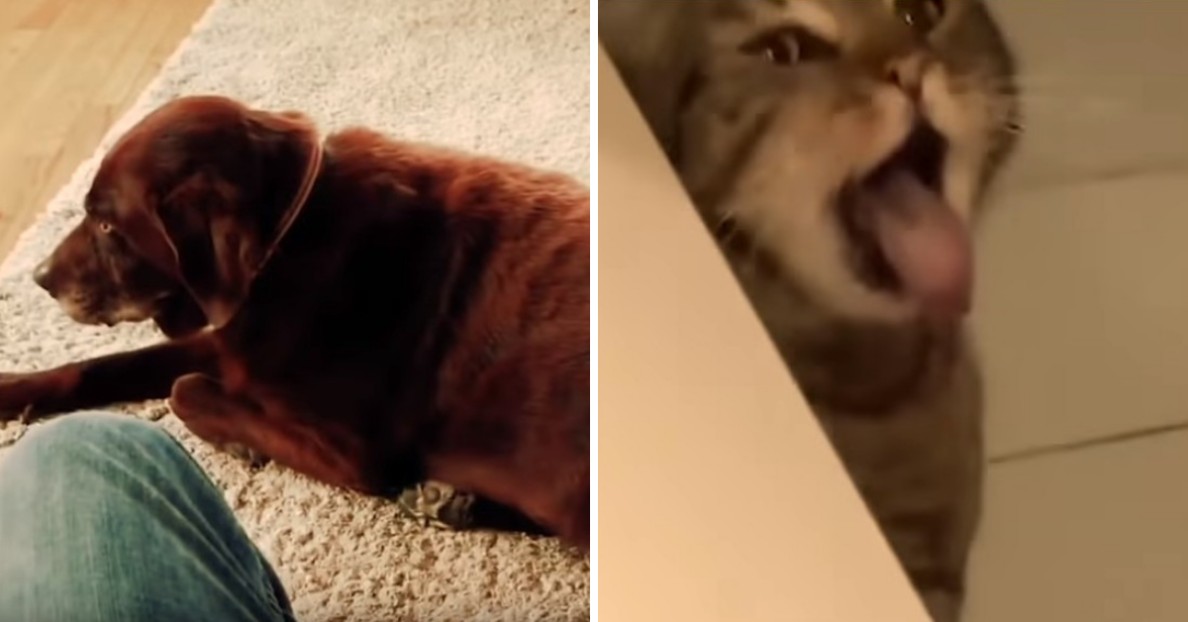 Dogs are usually a joy in the hearts of their human best friends. Cats, well, they are too, for reaping the fruits of their stubbornness and oppressive acts.  But when you join the two, it’s the best thing that will ever happen to the internet.

People on the web found themselves less upset about the internet after watching hilarious dog-cat tandem footage on Youtube. It isn’t the usual thing you see where pets are being all jolly and playful in the snow or at the park, they were being real and it was gut-busting.

A video uploaded by Youtube user Rex Cymru became one of the funniest contents online after it featured a rare dog-cat clash that doesn’t involve any barking and fighting. The lying pooch on the mat let out a rancid and mighty fart that made the pet cat puke its intestines out.

If you’re having a bad day and you haven’t watched the video yet, it’s certain it will crack you up and transform your mood. Well, it wouldn’t be a surprise because that’s what our loving fur babies usually do.

Over and above, the hooman taping the hilarious once-in-a-blue-moon scenario let out a good laugh and a necessary ‘noooo!’ after the dog farted and the cat puked respectively. The smell of a humungous butt sneeze and fresh cat vomit is almost unimaginable.

Watch the video for your own good below:

Youtube users couldn’t help but thank all the gods for finally watching something valuable on the internet after a million years. Humans do put a smile on our faces, but this video of adorable creatures simply being themselves couldn’t probably get matched up in a decade or two.

User Poo Diddly wrote: “This is the single greatest video ever.” Not a single doubt on that. Mikaela Fox, on the other hand, has the funniest theory to support the high jinks saying: “Saying “Noooooo!” when a cat is about to throw up only makes it come up faster.”

Since the title of the video chose to be blunt about what people are about to witness, another viewer made a precious observation. AmamMcMam wrote: “The least clickbaity title ever.”