That’s why I want to give you some options for corn syrup substitutes. When you think of maple syrup, you think of Canada first, and pancakes second. But this syrup, obtained from the maple tree, is much more useful. Think of it as an all-natural substitute for corn syrup. There are several grades of maple syrup. There is one scale for Canada, and one for the United States. The grades range from a subtle to a strong taste. What makes maple syrup so healthy is that it contains calcium, potassium, and many other minerals. When you use it as a corn syrup substitute, use the same amount required in the recipe. This is one of the most common substitutes for corn syrup. There is one trick, though. While honey has almost the same properties as corn syrup, it is much sweeter. That means that while you should use the same amount as corn syrup, you might end up with a bit sweeter recipe. As for the health benefits, honey has anti-inflammatory, antibacterial, and antiviral properties, making it one of the healthiest ingredients on the market. This substitute is less processed than corn syrup. Agave has almost the same sweetness level as corn syrup, but a lower glycemic index. That means that when using it as a substitute, you need to use ¾ of the required amount of corn syrup to get the same results. You’ve probably noticed a pattern here—we have several syrups that are better than corn syrup. Golden syrup, which has a light and buttery flavour, is great because it is not as strong as honey is. And since it has the same chemical properties, golden syrup is a great substitute for candies. You need the same amount. Another one-to-one substitution, brown rice syrup is prepared by turning rice starches into sugars. Again, this substitute is ideal for candies as it has the same consistency as corn syrup. The only downside is the nutty flavour, which makes it less versatile than corn syrup. The flavour is almost the same as cooked brown rice. This is one of the best substitutes for corn syrup because it is made from raw sugarcane stalks. While it works perfectly in most dishes, you cannot use it for candy making. One recipe where cane syrup fits perfectly is pecan pie! When you want to make something simple, the best corn sugar substitute is regular sugar and water. True, it might not be as healthy as honey or other substitutes, but it is an option.

If you want to take things to the next level, you can make two cups of simple syrup that you can use over the next two months.

How to Make It:

Where can you use corn syrup? 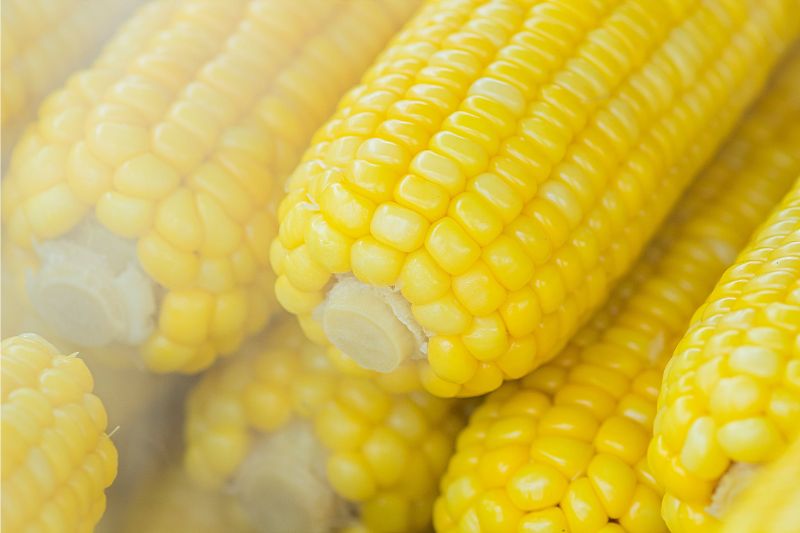 I said at the beginning that high fructose corn syrup is not good for your health. But that doesn’t mean that corn syrup doesn’t have its own good qualities. In fact, corn syrup is an extremely useful ingredient in the kitchen. One of its main attributes is its versatility. You can say that corn syrup is one of the most versatile ingredients, as it adds texture, maintains quality, enhances flavour, and helps keep the colour of so many foods and beverages.

Those are some real qualities out there. Used in baking mostly, corn syrup is sweet, but not as sweet as honey and other sweeteners. Another benefit of corn syrup is that the ingredient is hygroscopic, meaning that it attracts water and adds moisture to your recipes. That makes corn syrup extremely good for baked goods, for example.

Corn syrup is loved by professionals, as it helps them keep costs down. But if you are making something at home, I recommend that you opt for some of the corn syrup substitute options I’ve listed here.