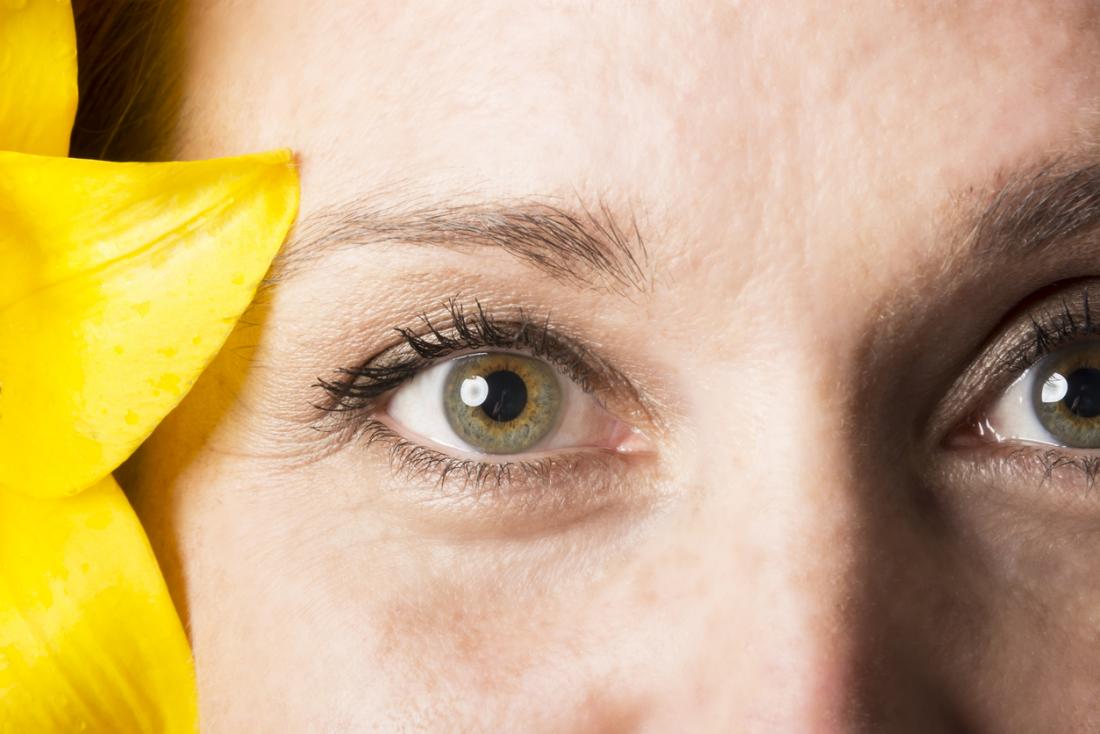 Heterochromia is simply described as “difference in coloration”. And while it happens mostly in the iris, it can also affect the skin and hair of a person. It is a result of a relative excess or lack of melanin pigment.

Heterochromia can be inherited, byt also caused by genetic disease or injury. There are three types of the condition, and today we will talk about central heterochromia.

Heterochromia is an extremely rare condition. It can be present at birth, or acquired later in life. Less than 200,000 people in the United States have heterochromia, and approximately six in 1,000 people have it. In most cases, it is hardly noticeable and unassociated with any other abnormality. Fun fact: there are even famous people with this condition, like Mila Kunis, for example.

Eyes displaying central heterochromia are called “cat eyes” because of the multi-colored iris. It motl happens in irises containing low amounts of melanin, not excessive amount of melanin.

And speaking of famous cases, Baroness Rozsika Edle von Wertheimstein was another celebrity who had central heterochromia. Her daughter wrote “She was a very beautiful woman. She had dark, dark brown eyes, but each eye had a purple ring to it, about a quarter of an inch of purple around these dark brown eyes”.

How is eye color determined?

In order to understand eye colors, and heterochromia as a condition, we must look at what determines eye color. The human iris can be seen in a number of various colors, but there are always three true colors that determine the outward appearance. Those three are yellow, brown, and grey. The amount of each of these colors an individual has determines the appearance of the eye color.

The color of the eye is determined by the amount of melanin deposits in the iris. Melanin deposits are responsible for dilating and constricting the pupil to control amount of light that enters the eye. For example, brown eyes are rich in melanin, while blue eyes have small amounts of melanin.

Uneven distribution of melanin, whether it is low amounts or excessive can lead to heterochromia. Central heterochromia, for example, mostly occurs in cases with low melanin levels. It is also worth noting that iris color is not constant throughout a person’s life. Many babies are born with blue eyes, but they darken within the first five years of life. The change comes as melanin develops.

Why you have different colored eyes?

It is also worth noting that the Genetic and Rare Diseases Information Center suggests that most cases of the condition occur in people with no family history of heterochromia.

That being said, there are some cases of genetic central heterorochromia that are linked to syndromes and diseases like the following:

In addition to genetics, there are cases where central heterochromia develops later in life due to medication, injury, or illness.

Some medications, most notably latanoprost, have been associated with changes in eye color up to 33%. The medication is used for treating glaucoma.

What is central heterochromia?

In central heterochromia, people have different color near the border of the pupils. That is different than having one distinct eye color.

As mentioned previously, central heterochromia is just one variation of the condition. People also have complete heterochromia, which is manifested by complete different colors in the eyes.

For example, one eye might be brown and blue, while the other eye is colored in green or some other color. Segmental type of heterochromia, is very similar to central.

However, instead of affecting just the area around the pupil, segmental heterochromia affects much larger portion of the iris. And it can happen in just one, or in both eyes.

As mentioned previously, there are cases of famous person born with the condition, or they have acquired over the years. You’ll be surprised to find some of your famous celebrities have different eye colors.

Here are some celebrities with the rare condition: