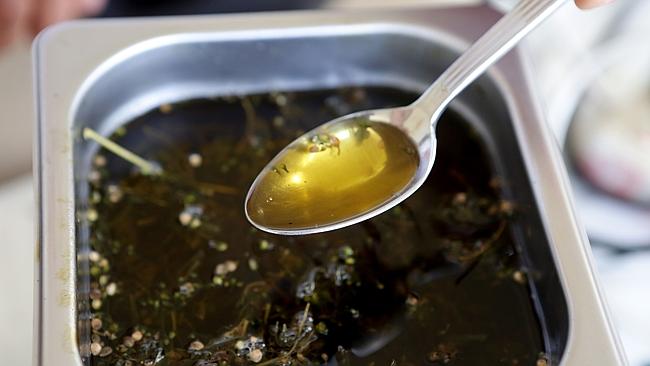 For many years, cannabis oil has been one of the more controversial subjects in medicine. There are supporters on both sides. Some people believe that the health benefits outweigh the potential abuse problems. Others believe that the abuse and addiction potential is something you should avoid (which includes avoiding cannabis oil). But the truth is, there are many safe cannabis oil uses, and you would be remiss if you ignored its benefits.

In the wide palette of essential oils, cannabis oil is the most unusual one. And it all goes back to the plant from which cannabis oil is derived. Cannabis and hemp have been used for thousands of years as a natural herb. However, the reputation of the herb in the drug industry has given the herb a bad rep.

The truth is that for certain illnesses and diseases, cannabis oil might be the best option on the market. Cannabis oil is extracted by steam distillation from the flowers and upper leaves of the cannabis plant.

That being said, let’s take a look at the uses of cannabis oil.

One of the most popular uses of cannabis oil is to relieve stress and anxiety. Let’s be honest for a moment: a lot of people who smoke cannabis weed actually want to get stress relief as well. And unlike the plant, the oil is a much safer option. Cannabis oil contains THC, a compound that gives cannabis the distinction of being a drug. But these compounds are great for releasing pleasure hormones, relaxing the mind, and reducing stress.

Insomnia has become a huge part of our lifestyle. Almost every other person suffers from insomnia, which is a result of constant anxiety. Some of us simply can’t get a restful night of undisturbed sleep, and cannabis essential oils will help such cases. The oil works like a charm. The oil helps you relax your body and mind, which essentially lowers your energy level. This way, your heart rate goes down, and you are ready for a peaceful night.

One of the popular legends—and it is true—is that people who consume cannabis in other forms notice an increased appetite. In the urban culture, this feeling is called “the munchies.” Cannabis essential oil also works as an appetite booster, but more in a way to regulate your appetite and induce hunger. In addition, cannabis essential oil stimulates your digestive system to work at a steady level. Therefore, one of the cannabis oil uses is for people who want to gain weight quickly after an extended illness or injury.

You can say that cannabis oil is volatile. But that volatility improves heart health by balancing negative oils in your body. Cannabis oil also stimulates antioxidant processes, scrapes off excess cholesterol, and generally improves your cardiovascular system.

Some of the components of cannabis oil find their way to cosmetic products for skin protection. You can apply the oil topically or consume it internally for improved skin. Cannabis oil stimulates shedding of dead skin cells and accelerates the regrowth of healthy skin. In addition, cannabinoids found in cannabis oil promote the production of lipids that fight skin conditions like acne, psoriasis, and wrinkles.

We mentioned previously that one of the uses of cannabis oil is to provide pain and stress relief. The same properties can help you with migraines and headaches. The trick is to apply cannabis oil topically at the temples or the spot of intensity for your headache.

A common respiratory disease, asthma affects up to 300 million people globally. Cannabis oil has been used to treat asthma for thousands of years. Traditional Chinese and Indian medicine turn to cannabis oil for asthma treatment. Because of its natural anti-inflammatory properties and analgesic effects, cannabis oil can dilate the bronchial tubes, allowing more oxygen to flow in your system.

Improving eye health is just one of the many uses of cannabis oil. As people age, they turn to cannabis oil to reduce glaucoma and prevent macular degeneration.

Let just start by saying that all of the studies about cannabis oil and cancer prevention have been conducted on animals. And although it’s a controversial subject, there are many studies still ongoing. Early reports show that cannabinoids have positive effects on cancer cells. But while cancer prevention always makes headlines, it’s safe to say it’s overly optimistic and can be misleading. Therefore, while there is some research suggesting cannabinoids can help with cancer prevention, take it with a grain of salt.

Some of the effects include triggering cancer cell death (a process known as apoptosis), preventing the division of cells, preventing new blood vessels from turning into tumors, and reducing the risk of cancerous cells spreading throughout the body.

How is cannabis oil made?

We have to understand what cannabis oil is and how it’s made. The concentrated sticky, resinous substance is derived from the cannabis plant. A solvent extraction process is required, which returns 3-5 grams of oil per ounce of flower. Companies use grain alcohol or isopropyl alcohol as a solvent. Straining the mixture leaves the cannabis oil behind.

Cannabis oil is generally considered safe for use, and is legal in 25 states in the United States. However, it is still a potent chemical substance that has psychotropic substances. Be wary of the amount you use and the conditions under which you use cannabis oil. Always consult with a professional before you start using cannabis oil.

History and laws on cannabis oil

Cannabis oil use dates back to at least 3,000 years ago. The controversy surrounding the medical use of cannabis dates back to the 1930s. Back then, concerns about abuse led to cannabis being banned for medical use not just in the U.S., but in many other countries in the world as well. In 2007, a comprehensive review was published, stating that the health benefits outweigh the potential risk for mild addiction. According to the review, the therapeutic value of the herb was too good to ignore. Here is the timeline of cannabis oil uses in the U.S.