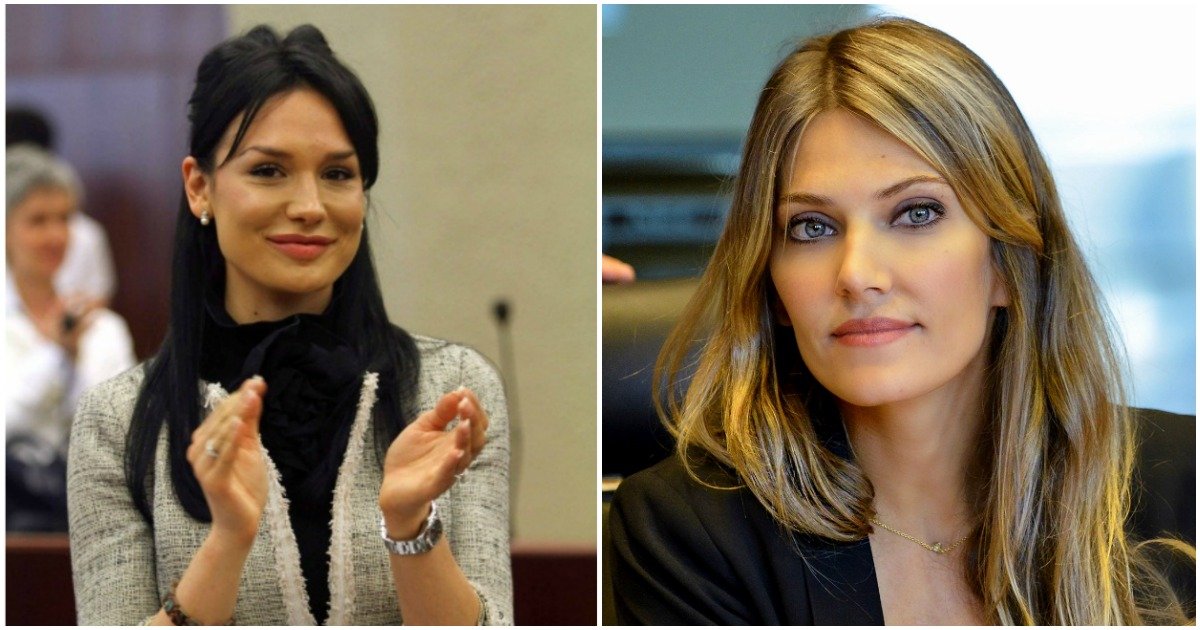 They say beauty and brain rarely go hand in hand. But that is not always the case. Sometimes, a beautiful woman is also one of the smartest, most intelligent, and with power in her voice. The ladies on the list are some of the most influential in the world of politics. And them wearing skirts doesn’t make a difference, when they enter the room, they command attention! 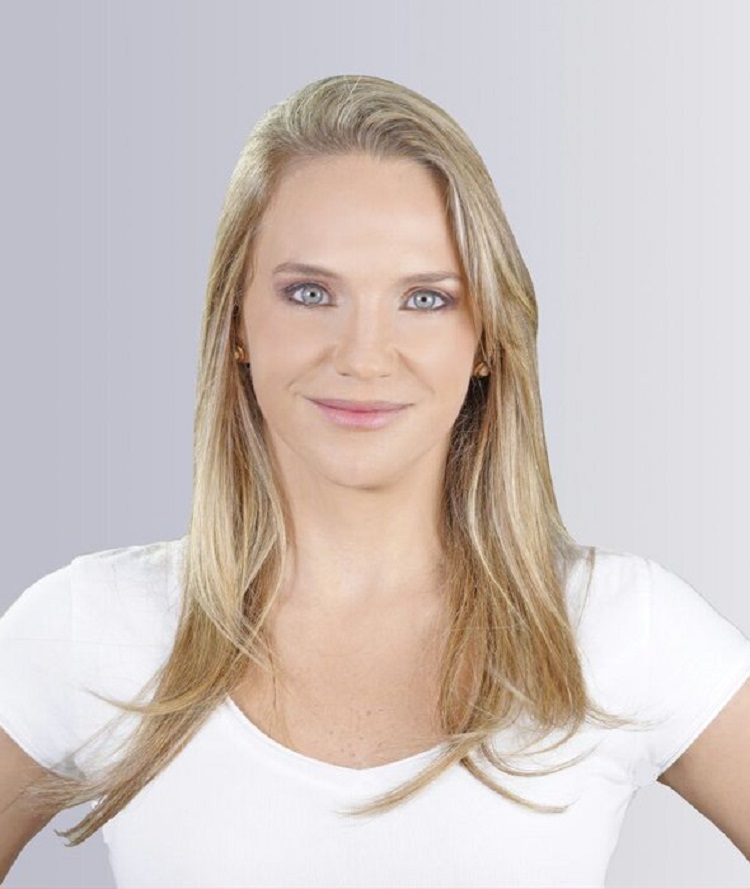 Luciana was the youngest Congresswoman in Peru. She was elected in 2006, and served her mandate up to 2011. She was re-elected in 2012, and will serve in the Congress up until 2017. She entered politics at the young age of 14, when she became General Secretary of a youth win of the Aprista Party. She has also served as an advisor. The only knock on her otherwise spectacular resume is that her name came up in the 2008 Peru oil scandal. She testified, and was found not guilty.

Vanja has served as a diplomat for Serbia, but her career in the Ministry of Foreign Affairs came under a microscope in 2013. The diplomat was in the middle of a scandal, as nude and explicit photos surfaced of the then 27 year old woman.

Queen Rania is 45 years old, but looks like she is just entering her prime beauty years. Being a woman of a King certainly helps. But Rania has not allowed herself to be just the Queen. She has used her influence and power to advocate for better education, and improved healthcare system in the country.

A businesswoman, journalist and politician, Michela is one of the more prominent female characters in Italian policy. She started her career in 2003, when she was named president of the under-40 entrepreneurs council. She used her power and influence to form the Freedom organization, launching the Freedom TV satellite channel in 2007. She served as Minister of Culture and Tourism from 2009 to 2011, and has worked closely with Berlusconi.

Fun Fact: Kyrsten is the first openly bisexual person elected in the U.S. Congress. Before joining the Congress in 2012, she was known as a liberal, but moved into conservative and bipartisan afterwards. Now, she is circulating more towards the center. As a member of the Congress, she campaigned against Proposition 102 and 107, two referendums that had a goal of banning same-sex marriage and civil unions in the state of Arizona.

Smart, well-dressed, Joanna is a political liberal that has served as Minister of Sport and Tourism from 2011 to 2012. She was solely responsible for the organization of Euro 2012.

Once she got married with George Clooney, Amal became even more famous. And it certainly takes some brain power to snatch a guy like Clooney, one of the most desirable bachelors few years ago. Amal is an activist, and she specializes in international law. She has represented a number of foreign politicians, including Yulia Tymoshenko, the former prime minister of Ukraine, as well as Julian Assange.

Olsen was a former Miss Singapore, and in 2004, she was elected in the Parliament. Her role was to help youth and support volunteerism as a viable way of life and career development path.

In 2014, Sethrida was elected as one of the 30 hottest politicians in the world. Her beauty hasn’t gone away, and at 49 years, she is still astonishingly hot.

Orly resigned from the Yisrael Beytenu party at the beginning of 2016, and now serves as an independent member of the Parliament in Israel. She quit her party because she believed the party didn’t take advantage of the opportunity to enter the government and advance social issues.

Fun fact: Mary entered the Congress to replace her late husband, who died several months before. She has served as US Representative for California from 1998 to 2013. A stain on her career came in 2011, when she was caught on sexually suggestive photos with a billionaire.

Noem serves as the US Representative for South Dacota, a position she has since 2011. She has been linked with support for Donald Trump, but she has yet to offer her endorsement to the Republican Presidential Candidate.

It is common for journalist to make the step towards politics, especially those that work with politicians. Eva Kaili is another example, a member of the European Parliament representing the Panhellenic Socialist Movement. She started her political career in 1992 when she joined the party and the youth movement. In 2009, when she was elected to the Hellenic parliament, she was the youngest member of the PASOK party.

Ayla had an easier path to politics, as the Pakistani National Assembly had a seat reserved for women. Malik sit on that seat from 2002 to 2007.

Aside from being one of the most beautiful women in politics, Palin is also one of the most influential. She rose to prominence in 2008, when she was a running mate for Republic presidential candidate John McCain. Had McCain won, she would have become vice-president. She has served a number of roles in US Politics since then.

Nikita constantly poses in provocative photos, but one can say that is her job. After all, she is a former fashion model and a reality TV star. She serves as a political commentator in Denmark, and was a member of the Young Conservative until the 2015 general election. Now, she is part of the Liberal Alliance.

Vladimir Putin shocked the world in 2011 when he choose Maria as one of his MPs in the Russian Parliament. She is a former playboy bunny, and was featured on the cover of the Russian edition in 2009, nude, with a title “get to know Maria better”. In 2011, she was voted hottest woman in Russia.

Kirsten has been the junior United States Senator of New York since 2009, and one can say she will stay on the position for a while. Since being appointed to the Senate, her views have been seen as progressive.

Emma was in the middle of a controversy in 2009, when a picture of her and two other girls was sent to members of her party. She now has a Facebook fan page. One can say that her body made her famous.

Ayelet will get even more international recognition after she has proposed a law that will forbid using Facebook for terror. The details of the law are still unknown, but the Minister of Justice in Israel is endorsing it. She served as member of the Knesset for the Jewish Home from 2013 to 2015, when she was elected for Minister of Justice.

Yulia is one of the more controversial politicians in the world. She served prison sentence from 2010 to 2014, and after getting out of jail, she run for President again. She lost, but she is slowly and steady regaining her popularity in Ukraine.

Sabiine was one of the influential Dutch politicians. She served as MP of the Parliament from 2008 to 2012. She was member of the Christian Democratic Appeal, and managed to use her power to support matters of youth policy, addiction and social care. Her background in medicine, as she has studied Healthcare system helped her in her political career.

Nicole became famous when she admitted that she was part of former Prime Minister Silvio Berlusconi Bunga Bunga parties. To take matters to the next level, the former counselor of the Prime Minister said that she was in the organization part, inviting other call girls to the party.

Italian policy and models seems to go hand in hand. Many of the women in Italian policy are either former models, or are good looking enough to be models. Mara is a former model, and a showgirl. She worked for television shows for several years after getting a Law Degree. She entered politics in 2004 as member of the Forza Italia party. In 2008, she proposed a law that made street prostitution a crime.

Serving as the member of the National Assembly of Pakistan helped Kashmala meet people from the high politics in Pakistan. She used those connections to marry Defense Minister Khawaja Muhammad Asif in 2015.

A Polish politician, Elzbieta first served as Deputy Prime Minister, and then as Minister of Regional Development and Transport. All that changed in 2014, when she was nominated by Jean-Claude Juncker as European Commissioner.

Anna-Maria is famous for her embezzlement conviction. She was convicted of having spent almost 60,000 euro for personal things such as jewelry, expensive shoes and clothes. After being convicted of using the NGO’s money for personal use, she fled the country and moved to London. It took three years of legal battles, but she was extracted to Estonia, where she served a five months sentence in 2015.

People in Austria love to joke that Vera is more successful in politics than she was in representing Austria during the 1996 Olympics in Atlanta. The same year, she won the European Gold at 50m breaststroke. She studied journalism after her swimming career ended, and joined politics in 2003.

Ruby is Canadian politician, but her father was Indian. She is a daughter of an arranged marriage, and her father left when she was 10 years old. She served in the House of Commons from 2004 to 2011 as a member of the Liberal Party. She has been under some scrutiny in her political career, mainly for underpaying women taking care for her mother.

Michele was a member of the House of Representatives in the United States from 2007 to 2015. She has recently joined Trump’s staff, and she will serve as an adviser for evangelical issues.

In 2004, at the age of just 18 years old, Julia was elected to the Landtag of Saxony, becoming the youngest member of the German Parliament. She has joined politics even younger, at the age of 14, when she was joined the Dresden City Student Council. Two years later she was elected speaker for the Council.

The Argentinian politician was recently subject of a huge scandal. She was accused that she was manipulating the Central Bank in order to shore up the peso. She served as president of Argentina for 8 years, from 2007 to 2015.

A former rhythmic gymnast, Alina is a Honored Master of Sports, and Vladimir Putin’s lover. There were rumors in 2015 that she was pregnant, and that Putin might have his third child. But five months later, she appeared slim and shut down the rumors. She was a member of the Parliament from 2007 to 2014. Her hotness was also spotted by Vogue Russia, as the magazine put her on the cover of the January issue in 2011.

Angela actually started her career in the movie industry, as her beauty was noticed by producers and directors of the Greek-Cinema in the early 1980s. She was a vice minister in the cabinet of George Papandreou, serving in the Ministry of Culture and Sport.