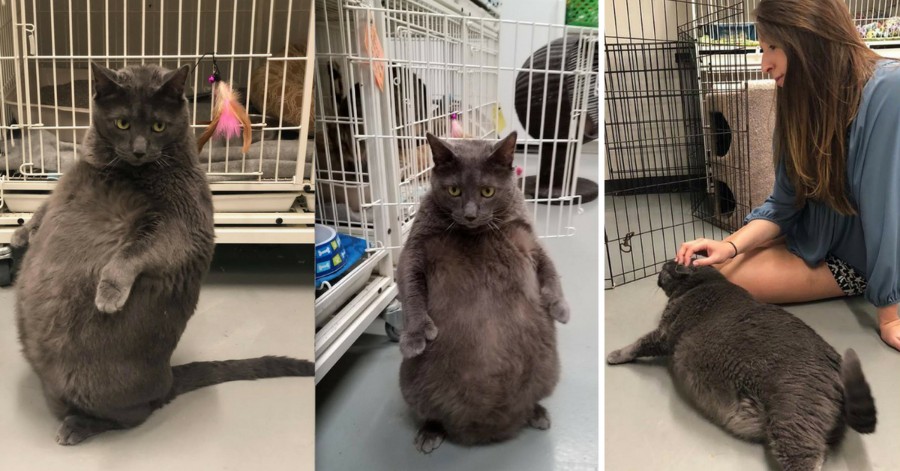 This Thicc Cat Was Too Cool to Be Homeless

This is Bruno, a 7-year old, thicc and a 25-pound cat who was looking for a new home at the Wright-Way Rescue Adoption Center in Morton Grove, Illinois. He is a polydactyl, meaning he has a few extra toes. He also has a strange habit of standing on his hind legs, Wright Way Rescue said on Facebook.

Bruno claimed there’s a lot of him to love. He is perfectly healthy other than being overweight. Though he’s on his diet, he manages to walk, play and doing tricks to lose some weight.

Bruno is great for people who love irony because he is the highest-maintenance little potato boi, hailing from a species that is designed to be low maintenance. According to a Facebook post from his temporary home, the Wright Way Rescue in Morton Grove, Illinois, Bruno is a “laid back, lazy boy.”

But his supposed “laid-back” attitude contradicts almost everything else about him, as outlined in the post which was supposedly written by the cat himself. Via Vice.

Bruno Has Found His Forever Home

Good news, or bad news if you wanted Bruno to be yours, but anyway, this thicc cat has finally found his forever home! According to Buzzfeed News, Bruno was adopted Tuesday by Lauren Paris, a 29-year-old in Chicago, and her boyfriend, Jason Bartlett.

“When I saw a photo of Bruno that had been shared on Facebook I just…freaked,” Paris told BuzzFeed News in an email. “It was this wild combination of an excited laugh/cry,” she said. “And I felt this insane drive — I knew I would do whatever it took to be his forever home.”

Check out below some adorable photos of Bruno with his new family!

“It was love at first sight.”

According to Paris, her friend, Kathleen Gibson, who works for Second City wrote the song. “She sent it to me in a matter of hours, I quickly learned it, and voila,” she said.

“It caught the shelter’s attention — and thank god!”

“They arranged a visit for us with Bruno, and it was love at first sight,” she said. “No, I did not cry when we said goodbye (yes I did).”